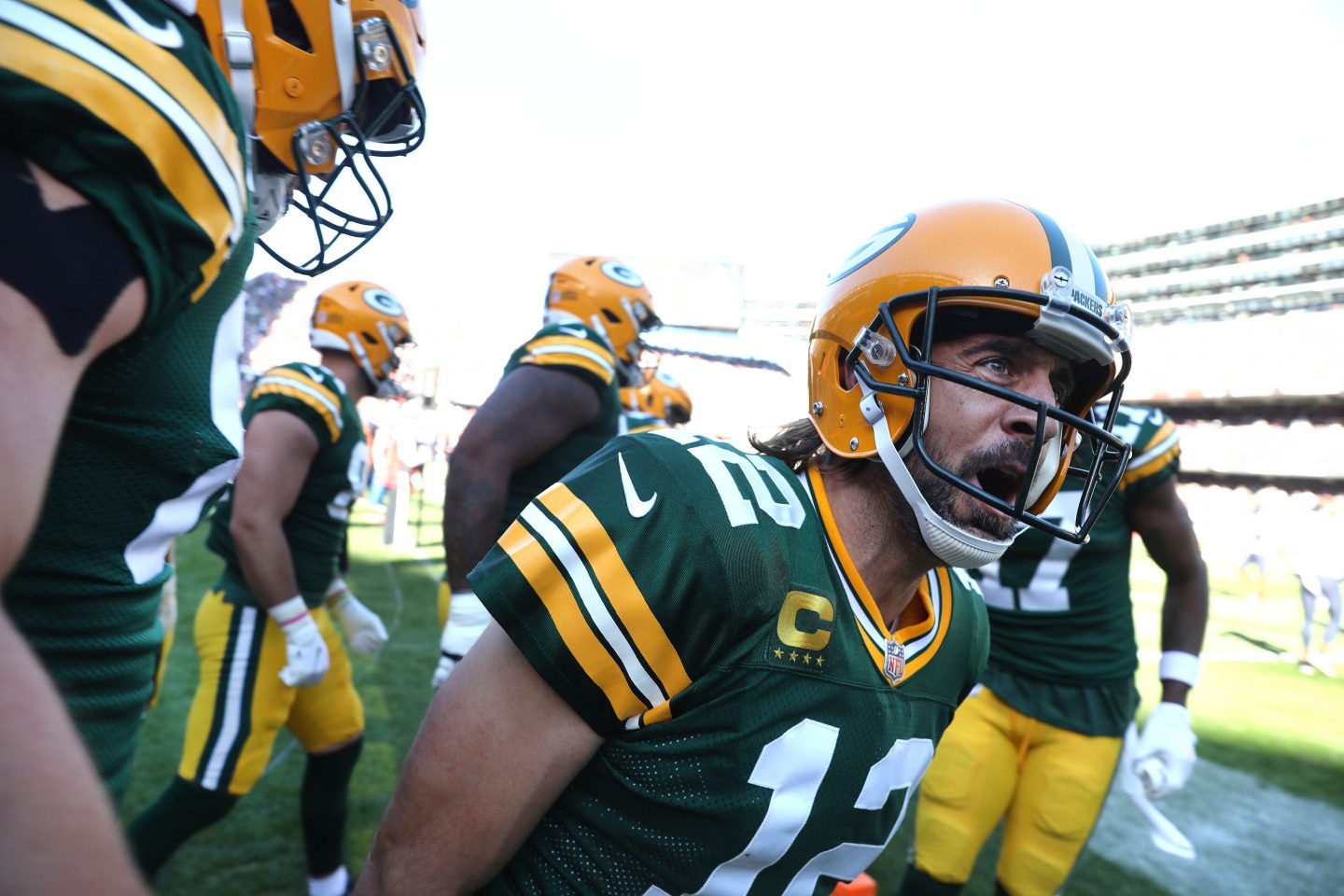 Green Bay meets the Chicago Bears this week in a battle for the NFC North.
Chris Sweda—Chicago Tribune/Tribune News Service via Getty Images

The NFL certainly knows how to start a season with a bang.

Last week, Dallas Cowboys quarterback Dak Prescott was sidelined with a thumb injury that will require surgery. And after giving up a tremendous number of draft picks and players to add Russell Wilson to its roster, the Denver Broncos opted to sideline him and go for a 64-yard field goal. (They lost.)

And earlier this week, the Los Angeles Chargers and Kansas City Chiefs put on a nail biter of a game to kick off Amazon’s Thursday Night coverage. So what does the rest of this week have in store? Well, great matchups, for one. The Dolphins and Ravens will face off as the AFC lead is up for grabs. And the Bears and Packers will battle for the NFC North.

Here’s a look at who’s playing whom and how to catch the game.

It’s an unusual week, in that there are two Monday night games instead of one. Here’s who’s playing where and when. (The home team is listed second.)

The best way to watch any sort of network programming for free on a big screen is with a good HD antenna. And watching NFL games is fairly simple, since many air on broadcast networks, meaning you’ll be able to watch even if you don’t have a cable subscription. To ensure you’re getting the most reliable signal, be sure to test the antenna in multiple locations in your home.

Yes. You’ve got a variety of choices.

Not on Sunday or Monday, but Amazon Prime is now the exclusive home to Thursday Night Football.

There are a trio of options, actually.