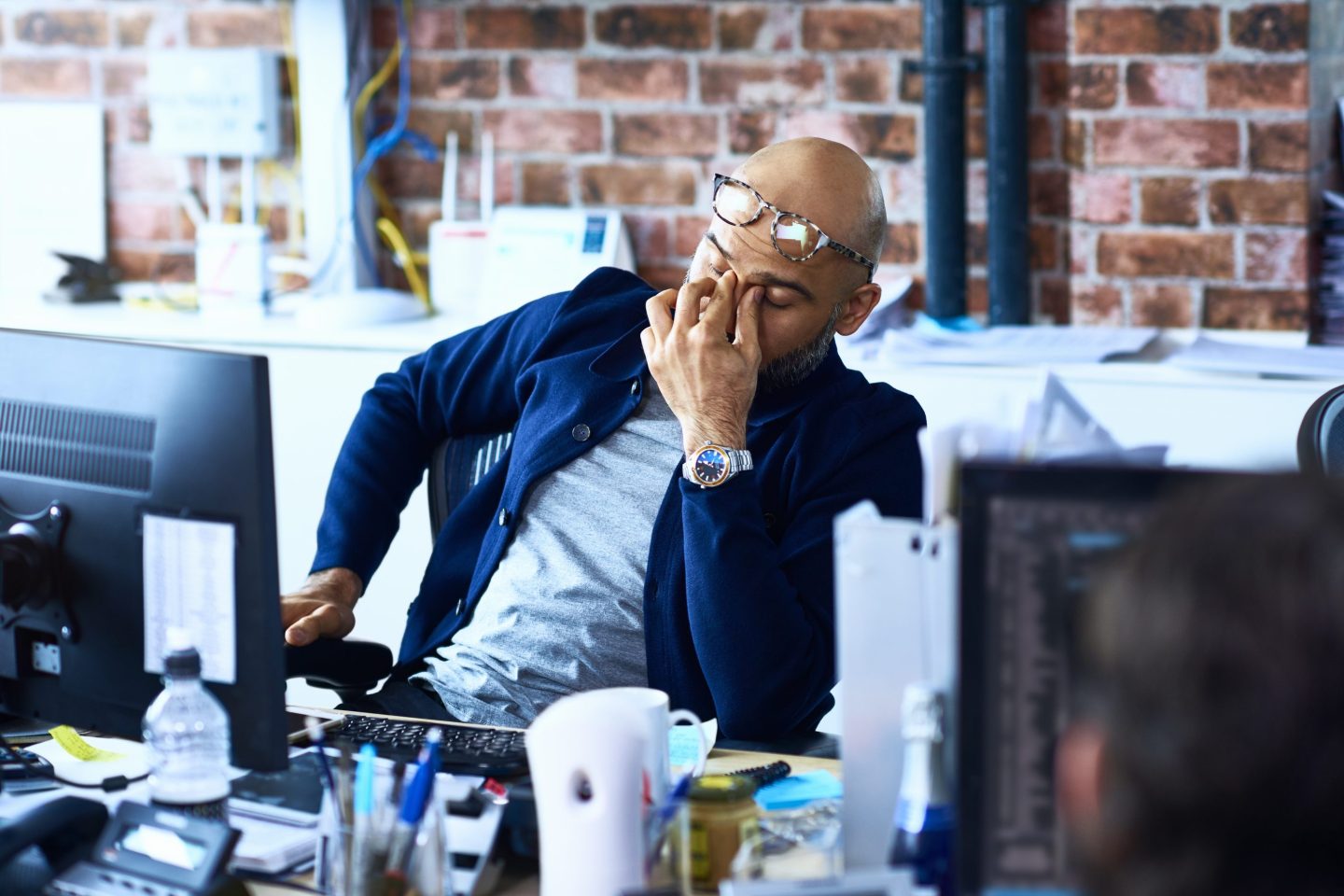 Sometimes it's too late when you realize you have a bad boss.
10'000 Hours-Getty Images

Few relationships matter more to a worker than the one they have with the person who signs their paychecks.

Feeling equal parts supported, challenged, and encouraged by a boss is often the only barrier between staying the course and scoping out Indeed listings. Research from MIT Sloan School of Management found that toxic work culture is the number-one predictor of attrition—more than 10 times as likely to contribute to employee turnover than low compensation. Worse, hostility, discrimination, and bullying are most likely to affect minorities, women, and disabled people.

But sometimes, you just don’t know your boss sucks until it’s a little too late. After all, it can be difficult to pin down who a manager is before working with them. Experts spoke with Fortune about how to identify a bad boss from the get go—and what to do if it’s too late.

Don’t forget: A job interview isn’t just about what you can bring to the table. Asking questions that require a specific answer during this stage can probably give you a better read on what your potential boss has to offer, says Nate Smith, founder and CEO of recruiting software firm Lever.

Consider asking your potential manager how they set expectations for people on their team, he suggests, adding that you should prod for specific examples. He says this typically elicits more useful information because managers are likely anticipating hypothetical questions, and they are armed with canned answers.

Also potentially telling: Asking why the last couple of people on their team left. Smith says every company and every team experiences turnover, which isn’t necessarily bad. “Someone leaving a team because they grew and acquired new skills is the sign of a great manager,” he explains. “A not-so-good manager would probably make excuses.”

But if you really want the scoop on a manager, Smith says you’re best off talking to other people on their team and asking them questions like, “‘How did my future manager really help you grow in your career?’” He adds: “It’s a lot harder to be cagey about answering that; either you have an answer or you don’t.”

The interview stage is less about red flags and more about the green ones, he insists. “There are infinite ways to be a [bad boss]. Look for evidence of positive things, and if you can’t find any, there’s your red flag.”

You’re in. Now what?

Say your manager passes Smith’s litmus test, and you’re now in the first few weeks of a new job. This is the critical time to really get a sense of what you’re dealing with, according to Sam DeMase, founder of career coaching service Power Mood.

Some signs of a sub-par manager are easy to clock, she says. Among those are one-on-one meetings that are simply status updates rather than focusing on development and goals. Even worse: A manager who doesn’t hold any one-on-ones at all, claiming they’re too busy.

A bad manager doesn’t set clear expectations, frames a heavy workload as an opportunity or a source of motivation, and doesn’t vocally advocate for you if you express the desire to move up or over to a new team, DeMase says. “We don’t really train people to be people managers,” she adds. “We typically promote folks who are good at the technical aspect of the job.”

Another red flag can be seen in the way bosses treat their workers, she adds. Run the other way if your manager blames you for their own errors, takes credit for an employee’s work, and discriminates or tolerates anyone who does.

For those wondering how bad their boss really is, DeMase recommends starting a journal and writing down every upsetting interaction as it happens. “From there you can notice how full, or not full, that notebook gets,” she says. “It’s really easy to forget, when we’re in the thick of a job, how hard things can be. Documenting it can help.”

But it’s never too late to try and make things right with a manager who feels unsupportive, she says. She recommends approaching them with these phrases: “Are you open to talking about some things I need in order to do my best work?” or “Can we get some regular one-on-ones on the calendar? I have some thoughts about what that could look like.”

So long as you still feel you can talk openly with a boss, you should do so before looking for other jobs. That said, she adds, looking for a job while you still have one is “so low risk.”