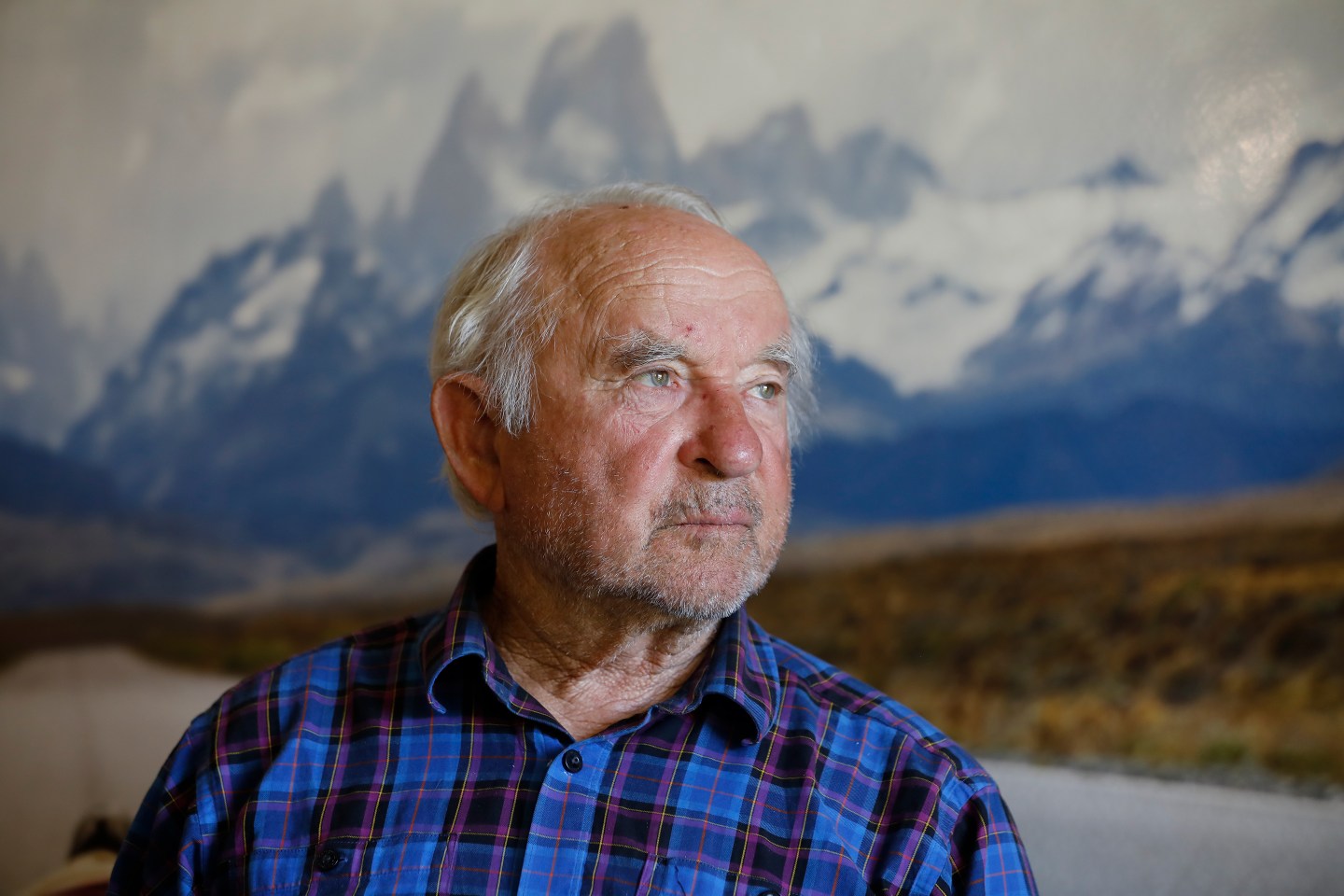 Yvon Chouinard is an American environmentalist and billionaire businessman in the outdoor industry.
Fabian Marelli—GDA via AP Images

When Patagonia founder Yvon Chouinard announced this week that he’s transferring 98% of his company, he made clear his distaste for excessive wealth and profit at all cost.

“I was in Forbes magazine listed as a billionaire, which really, really pissed me off,” Chouinard told the New York Times. “I don’t have $1 billion in the bank. I don’t drive Lexuses.”

The 83-year-old may not want to be associated with the excess of the 1%—but Chouinard, who founded the outdoor clothing and gear retailer in 1973, is benefitting from a type of deal more and more billionaires are making.

The transfer of Patagonia is structured so that Chouinard and his family are still in control of the company, which is worth an estimated $3 billion, according to the New York Times. But now, because 98% of it has been transferred to the newly established Holdfast Collective, a nonprofit, they don’t have to pay what Bloomberg estimates could be $700 million in the federal capital gains taxes that would have resulted from a standard sale of the company. And if the Holdfast Collective sells the shares, it also won’t be on the hook for capital gains.

Had Chouinard decided to leave the company to an heir—his two adult children were reportedly not interested in being seen as financial beneficiaries—he would have potentially paid significantly more in estate and gift taxes. The government levies a 40% tax on assets above $12.06 million when they are transferred to heirs. For a $3 billion company, that’s over $1 billion in taxes.

The Chouinard family isn’t making money from the transfer, and the members no longer own the private, for-profit company. But they will able to retain some control over how the business is run.

Donating assets to a nonprofit—specifically a 501(c)(4) like Holdfast Collective—is becoming an increasingly common way for the ultra wealthy to maintain control of their riches after they die. Chouinard’s announcement indicated that Holdfast Collective will use its annual profits toward “fighting the environmental crisis and defending nature”—a cause that is near and dear to his heart.

While it’s not clear exactly what Holdfast Collective will be doing with the Patagonia profits, funding environmental causes would fit the bill for a 501(c)(4).

“A family that wants their business to continue to operate but for the profits to be used for charitable purposes may take this route,” Barbara Grayson, midwest chair of law firm Willkie Farr & Gallagher’s Private Clients group, said in an email. “It is not just the ability to make political contributions that makes this approach attractive.”

That said, because 501(c)(4) money can be used for political ends, individual donors cannot deduct any contributions from their income tax bill, like they can when donating to a 501(c)(3). So the family didn’t personally get a tax write-off for the transfer.

The remaining 2% of Patagonia shares was moved to the Patagonia Purpose Trust, which is the voting stock in the company. In the announcement, the company says the trust exists “to create a more permanent legal structure to enshrine Patagonia’s purpose and values.” The trust will be overseen by members of the Chouinard family and their advisers.

Bloomberg estimates Chouinard will owe $17.5 million in gift taxes for the shares donated to the trust.

In an email, a Patagonia spokesperson said the company pays taxes and has advocated for a higher corporate tax rate to fund climate initiatives.

“There are no estate or capital gains taxes because there are no generational gifts or capital gains,” the spokesperson said. “There was never an ask from anyone in the Chouinard family that we create a structure to avoid taxes.”

Estate planning and the ultra rich

Chouinard is far from the only ultra-high net worth individual to use such a tax-planning tactic. ProPublica and the New York Times recently detailed how Chicago billionaire Barre Seid, a manufacturing mogul, donated his company to a conservative 501(c)(4) last year.

The nonprofit then sold Seid’s business for over $1.6 billion—without Seid paying a penny in capital gains taxes on the transaction.

The profit from the sale will help fund conservative causes important to Seid for years to come—and was arranged via “an unusual series of transactions that appear to have avoided tax liabilities,” according to the Times.

While Seid’s political interests include funding climate change denialism, according to the reports, Chouinard’s are the exact opposite. According to Patagonia’s announcement, Earth is now the company’s “only shareholder.” And the Holdfast Collective has no plans to immediately sell Patagonia.

Chouinard’s family members will elect and oversee the company’s board of directors via the Trust, and will “guide” the Holdfast Collective’s charitable endeavors, meaning they will continue to have a say in how the profits are directed. Specifically, the announcement said the Trust will ensure “there is never deviation from the intent of the founder.”

The Holdfast Collective “will use every dollar received from Patagonia to protect nature and biodiversity, support thriving communities and fight the environmental crisis,” per the announcement. Profits not reinvested into the company each year will be distributed to the Holdfast Collective toward these causes. Patagonia estimates this will amount to around $100 million annually.

Even before this week’s announcement, Patagonia operated as a B Corp, meaning it is a social enterprise that creates value for non-shareholders, such as the environment. It donated—and says it will continue to donate—1% of its total sales each year to grassroots activists.

“Hopefully this will influence a new form of capitalism that doesn’t end up with a few rich people and a bunch of poor people,” Chouinard told the Times. “We are going to give away the maximum amount of money to people who are actively working on saving this planet.”

This story has been updated with comment from Patagonia.