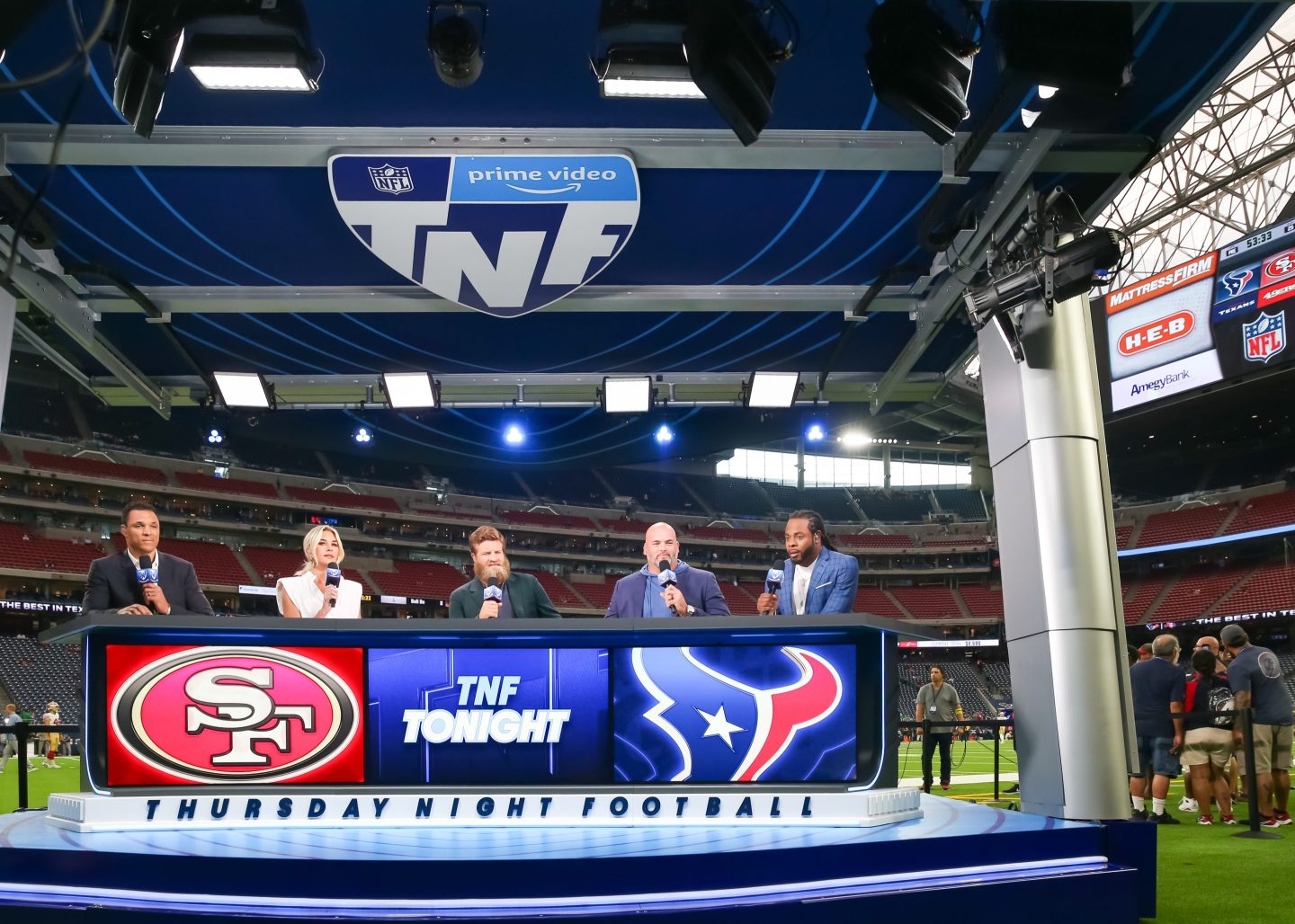 Amazon, which will broadcast Thursday Night Football in 2022, plans to offer the games a bit differently than fans are used to.
Leslie Plaza Johnson—Icon Sportswire/Getty Images

Thursday night football, for the past few years, has been the domain of the NFL Network and Fox. But starting Sept. 15, change is in the air.

Just as Major League Baseball has sent some exclusive broadcast rights to Apple TV+, the NFL is embracing the streaming model, with Amazon Prime taking over Thursday night duties. And, let’s hope they do it right, because the company holds those rights for the next 11 years, with some exceptions, like on Thanksgiving.

Amazon plans to broadcast the games a bit differently. Here’s a look at how to watch and what to expect from Thursday night games moving forward.

A couple seasons ago, Thursday night games were some of the least impressive. But in 2022, it’s a much more interesting series of matchups. Here’s who’s playing when, with a reminder that the home team is listed second.

This is where things get a little tricky. If you live in the home town of one of the two teams that are playing on any particular Thursday, you’ll likely have an opportunity to watch, even if you don’t have an Amazon Prime account. Simulcasts will be offered on broadcast networks, letting you watch for free with a good HD antenna.

But if you’re outside of the range of those stations, streaming or a trip to the local sports bar is your only option.

Amazon gets that the streaming audience could be a bit different than the broadcast one, so it’s planning some unique twists on the game.

It will, for instance, overlay stats and game updates using its “X-Ray” technology, much like it offers information on which actors are in a scene during a film or TV show. An alternate stream will also be made for younger audiences, with the YouTube group Dude Perfect replacing the standard play-by-play and color commentary team.

Yes. Amazon struck a deal with DirecTV that will allow over 300,000 bars and restaurants round the country to air the game

Kind of. The NFL App will let you stream games that are being broadcast locally in your market as well as any played in prime time.