Is your employer paying remote and hybrid workers differently? 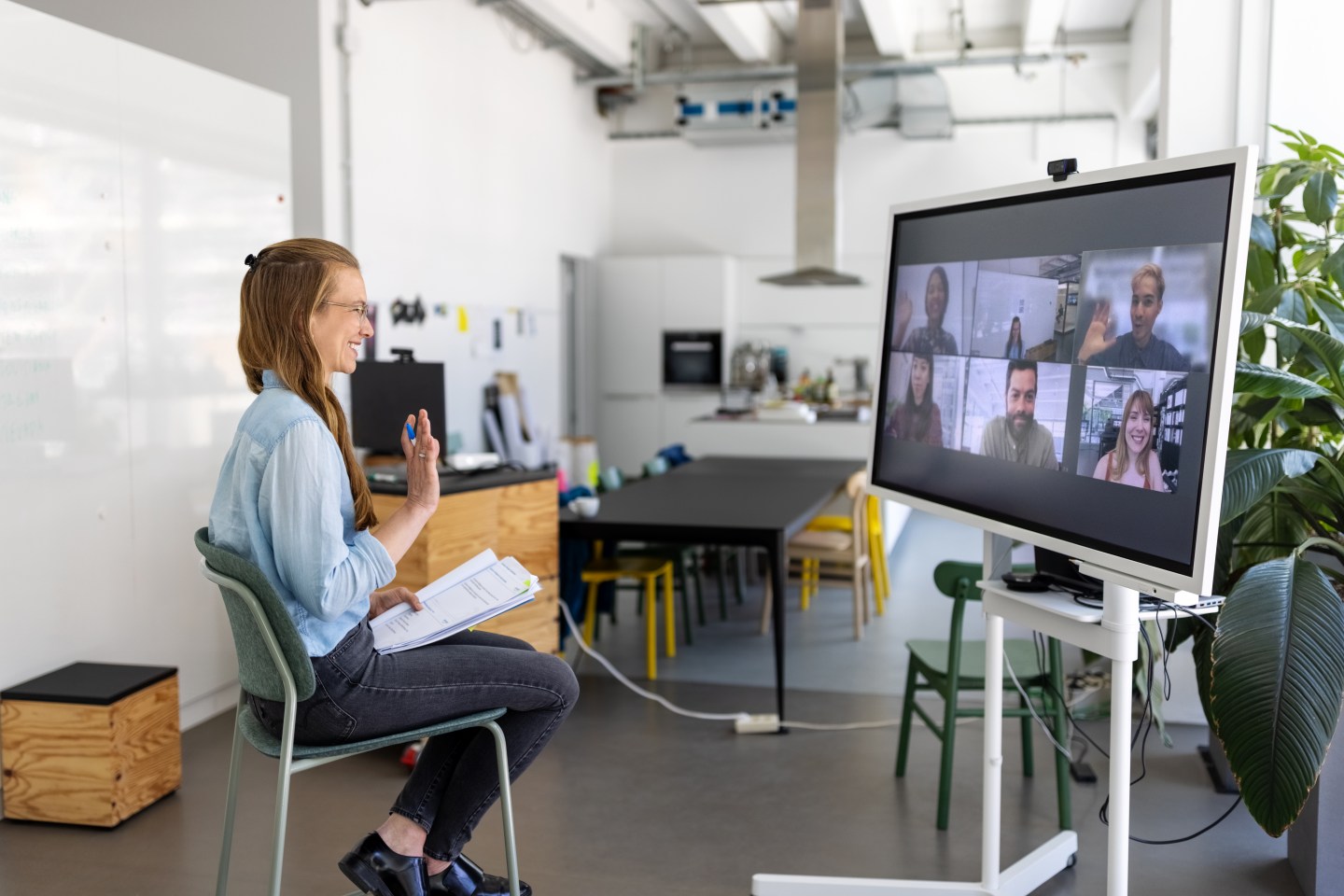 More companies are moving towards disclosing pay rates. At the same time, employers are determining if there should be a distinction between the pay of a remote and hybrid worker.

“Those employers that currently disclose pay range information but aren’t required to will often do so based on a couple of different factors,” Mariann Madden, North America Fair Pay co-lead at WTW, told me. “Company culture and willingness to provide visibility and clarity into pay structures, programs, and policies [are all factors]. However, these companies often have the foundational job and pay structures already in place, which aids in communicating pay ranges to the workforce.”

The survey also found that more than half of employers (57%) are applying a geographic pay policy, determining pay rates or ranges based on where the employee will work. Now, the idea of paying employees based on the region where they live isn’t new. But the pandemic has been a catalyst for remote work. Many employees moved from big cities like San Francisco or New York to smaller, less expensive cities like Boise. Are employers considering making the pay rate of a remote employee different from a hybrid employee?

“Yes, we would expect that companies will continue to set different pay rates or ranges for their different workforce segments such as remote, hybrid, or on-site workers,” Madden says. “What this may look like in practice depends on the company’s geographic pay policy, which will define each type of workforce segment as well as identify how each segment’s pay will link to a national or geographic pay structure.”

Google is an employer where this struggle is currently playing out. The tech giant has always paid differently based on location, but different pay rates have taken on “heightened meaning as some 17,000 Googlers have either relocated during the pandemic or gone fully remote,” Fortune’s Beth Kowitt wrote in a recent article. “The premise of having your salary adjusted for doing the same exact thing, just in a different zip code, has become perhaps the biggest sticking point for employees—even those who are grateful for the option,” Kowitt wrote.

Google will also have to effectively navigate heightened pay transparency if California Governor Gavin Newsom approves a recently passed bill that mandates employers with 15 or more workers to add payscale to job postings. Newsom has until the end of the month to sign the bill into law. California may join New York City, Colorado, and Washington, which are all areas that will require employers to include pay scale in job listings. WTW expects the recent wave of pay transparency legislation to continue, Madden says.

Research points to annual pay raise budgets in the U.S. getting a bump in 2023 from the longtime 3% raise to 4% or more next year. I asked Madden if some companies have expressed concern that disclosing pay rates would result in questioning and having to increase the salaries of existing employees even more.

“Some organizations fear that this will be a result,” she says. “But they should be also concerned with the pay gaps that the current talent market is causing. Companies should conduct a pay equity analysis to understand if their past practices as well as any potential changes to their pay structures and pay ranges are not causing unintended pay gaps.”

"Cyber Risk and CFOs: Over-Confidence is Costly," is a new report based on a survey conducted by risk consulting firm Kroll and studioID of Industry Dive. More than 80% of CFOs said they’re confident in their companies’ abilities to prevent cyber security incidents. However, in the past 18 months, 61% endured at least three significant cyber incidents, and 71% have suffered more than $5 million in financial losses due to the incidents. Phishing emails were the most common cyber incident (65%), followed by supply chain attacks that arose from a vendor (62%). The findings are based on a survey of 180 finance leaders across industries.

"How tech and telecom can stop wasting revenue," a new report by Grant Thornton, explores ways telecom and technology companies can track down the places where they are missing revenue and ways to capture it. “Historically, in the telecom industry, the repetitive billing processes were not able to keep up with the various marketing and sales initiatives that companies were offering,” Grant Thornton Finance Transformation Managing Director Ronald Gothelf stated in the report.“What we saw historically in telecom, we’re now seeing more on the technology side. It’s affecting technology because of the pace of change for those companies and because more products are being offered as a service."

Blake Jorgensen, EVP and CFO of PayPal Holdings, Inc. (Nasdaq: PYPL), is taking a leave of absence for health reasons, according to the company. Gabrielle Rabinovitch will serve as acting CFO and perform PayPal's principal financial officer's duties, effective immediately. In addition to serving as acting CFO, Rabinovitch will continue her role as SVP of Capital Markets, Investor Relations and Treasurer. Rabinovitch served as PayPal’s interim CFO before Jorgensen joined the company on August 3. He previously served as CFO at Electronic Arts Inc., Levi Strauss & Co., and Yahoo! Inc. PayPal President and CEO Dan Schulman said in a note to employees that Jorgensen has "a treatable medical condition," he has been "fully immersed in serving the company during his first months as CFO," and "we are looking forward to Blake returning to his role following his recovery."

Julie Whalen was named EVP and CFO at Expedia Group, Inc. (Nasdaq: EXPE), effective Sept. 26. Whalen succeeds Eric Hart, who will remain with the company through Oct. 1. Whalen comes to Expedia Group with more than 20 years of finance experience. Most recently, she served as EVP and CFO of Williams-Sonoma, Inc. having progressed through positions of increasing responsibility in Williams-Sonoma’s finance organization since joining in 2001, including 10 years as CFO. Whalen has served as a member of the company’s board of directors since June 2019 and will continue following her appointment.

“It’s been a half-century since we began our experiment in responsible business. If we have any hope of a thriving planet 50 years from now, it demands all of us doing all we can with the resources we have. As the business leader I never wanted to be, I am doing my part. Instead of extracting value from nature and transforming it into wealth, we are using the wealth Patagonia creates to protect the source. We’re making Earth our only shareholder. I am dead serious about saving this planet.”

—Yvon Chouinard, 83, founder of Patagonia, an outdoor clothing and gear designer, announced on Wednesday that he is giving away his company. Patagonia will now be owned through a trust and a nonprofit organization. Future profits will be donated to combat climate change.