American bankers and CEOs are fueling a superyacht rental boom — and it costs $150,000 just to get on the waitlist 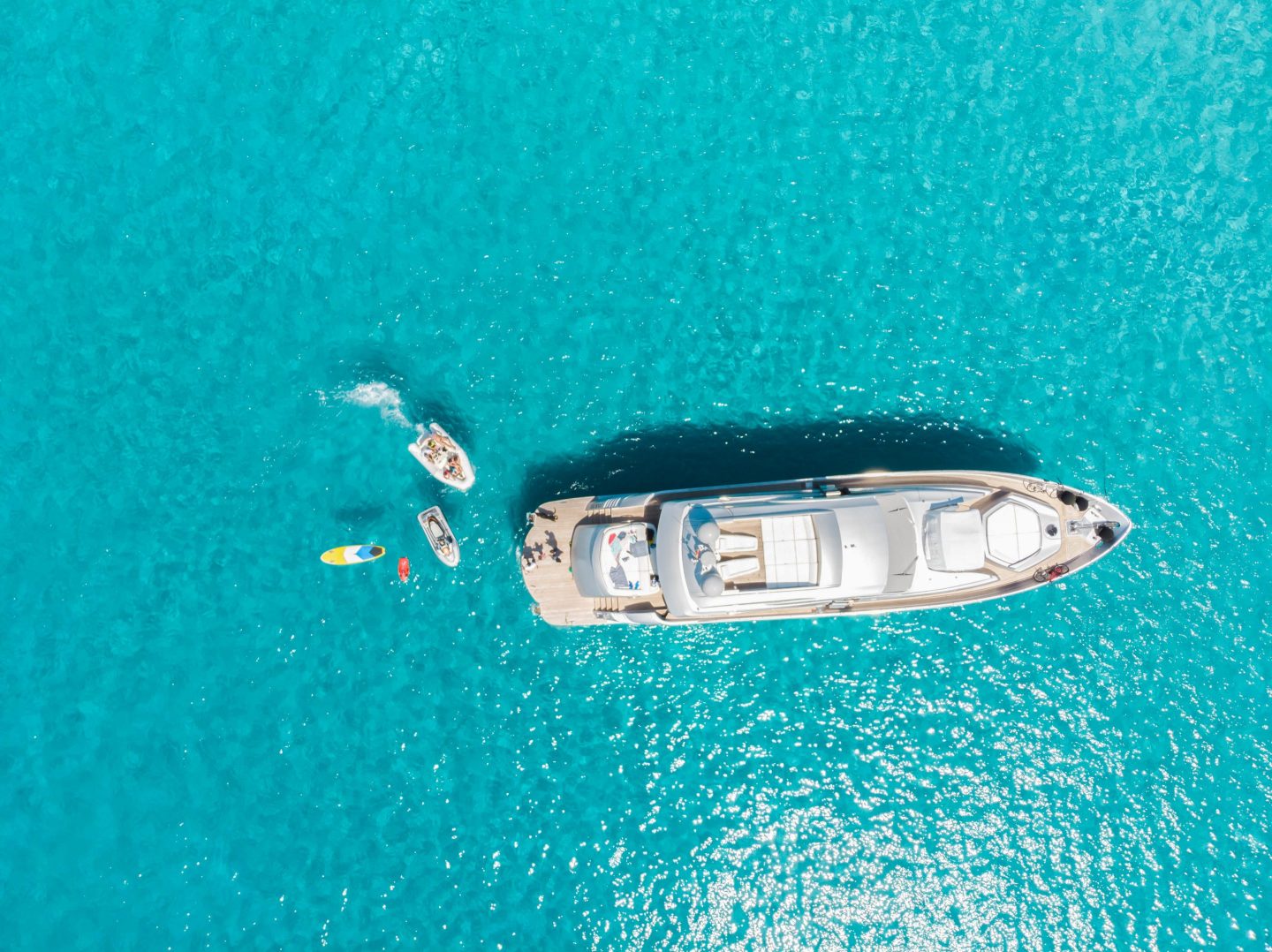 A luxury yacht anchored in the transparent sea off Formentera island in Spain.
Getty Images

Stacy Fischer-Rosenthal and her 30-strong team have had a busy summer booking private yachts for bankers, CEOs and other high flyers now liberated from the shackles of Covid restrictions and willing to pay millions of dollars for week-long luxury cruises.

Bookings for superyachts through Fischer Travel Enterprises, where Fischer-Rosenthal is president, have spiked 20% this year from already high levels in 2021, a trend also seen by other companies chartering out luxury vessels that can come with all the frills from Michelin-starred cuisine to cinemas and submarines.

“Yacht charters are very popular because our clients want the privacy, security and flexibility that it gives them,” Fischer-Rosenthal said. Her company charges $150,000 just to join its members-only service, through which superyachts can be chartered anywhere around the world. “They want to have a luxurious experience.”

American Celebrities and Bankers on Superyachts

Americans are a growing client base, helping to fill gaps left by wealthy Russians who aren’t traveling as much due to restrictions following the invasion of Ukraine. And it’s not just the likes of Elon Musk or Beyonce and Jay-Z hiring out these glitzy floating palaces. Fischer-Rosenthal said a couple from the U.S. enjoyed their cruise in Greece and Turkey in July so much they booked another in Italy shortly after and invited friends along.

Fraser Yachts, which sells and manages superyachts as well as arranging charters, booked nearly 500 private trips in the first half of 2022, according to Director of Marketing and Business Development Mark Duncan. Bookings are up 32% from last year, and again most of the growth is being driven by Americans, many of whom are renting for the first time, said Duncan, who is based in Monaco. Among the megayachts the company hires out is Wheels, a 75-meter (247 feet) vessel with a gym and nightclub.

The number of Americans with a net worth of between $1 million and $5 million grew 8% in 2021 to more than 12 million households, while those worth $25 million or more climbed 18%, according to research firm Spectrem Group.

Boom in Luxury Cruises After Covid

“Our clients are high-net worth individuals, running banks and hedge funds,” Fischer-Rosenthal said. “They’ve made a lot of money in the last few years. Now they want to travel again and they want the best.”

Customers are also getting younger, now averaging in their 50s rather than the 60-65 age bracket in the last two decades, Duncan said. This year, about 35% of Fraser’s clients are new to yachting, compared with up to 15% previously, he said. Cruises involving several generations from the same family are also more popular.

“During the pandemic, people couldn’t be with their families,” Duncan said. “Yachts can be big enough for all to be together. Unlike a home, you’re not stuck in one place. And you can control the environment and test everyone for Covid if that’s a concern.”

“They often know exactly what they want — a big yacht that’s less than three years old,” said Lockhart, adding that the company’s overall bookings are up as much as 30% this year. “They know the style of yacht they want, from which shipbuilder even.”

Octopus the Opulent Superyacht for Rent

One of the world’s most expensive superyachts, available for charter through Camper & Nicholsons, is the 126-meter Octopus, which counts among its features two helipads, an elevator and basketball court.

Previously owned by the late Microsoft Corp. co-founder Paul Allen, Octopus costs from $2.2 million a week to rent. As many as 42 crew are on board to cater to a maximum of 12 guests. It is booked for three weeks in Antarctica this winter and Camper & Nicholsons said it is already fielding requests for month-long excursions next summer in the Mediterranean.

There are about 3,100 private yachts available for charter globally, according to Fraser’s Duncan, but the number of superyachts has dipped as sanctions on Russia removed some from the market. One of those, the 72-meter Axioma, was owned by Russian billionaire Dmitry Pumpyansky and had been listed for charter for about $632,000 a week in peak summer. It was seized at the start of the war in Ukraine and put up for sale at public auction in August.

There is also more scrutiny on private rentals.

“Clients are asking about the yachts and the ownership,” said Alexandru Zamfirescu, an independent yacht broker based in Monaco. “They want to steer away from any trouble.”

Still, business is good and brokers are focused on getting clients onto boats, advising them to book within days of getting a quote. There’s usually no negotiation with owners on prices.