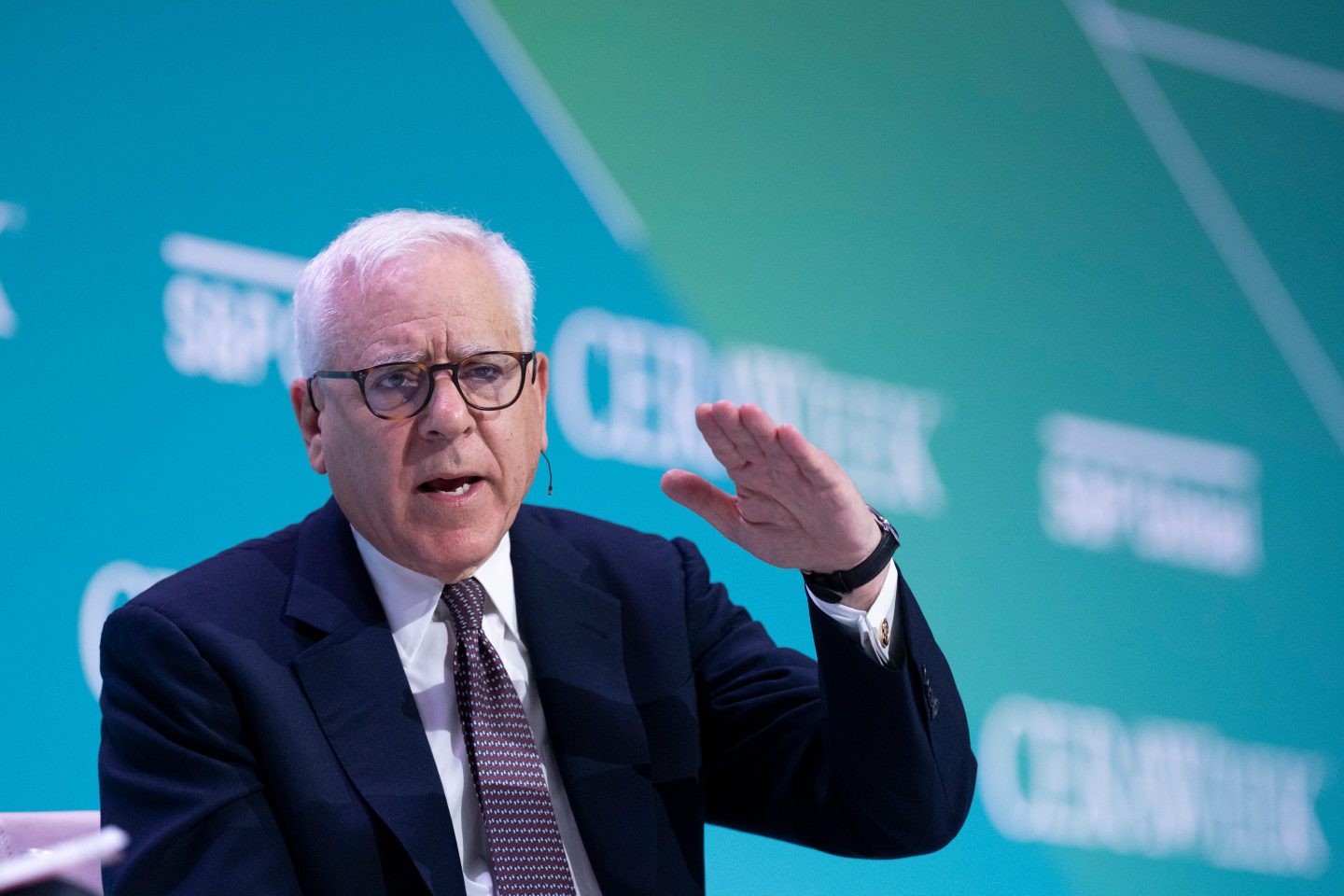 In the late 1990s, Jerome Powell got a new job as partner at the Carlyle Group, one of the world’s biggest private equity firms, with a massive $11 billion market cap and even bigger $376 billion of assets under management.

Only a few years after Powell left Carlyle, he was nominated to the Federal Reserve Board of Governors, where he now serves as chairman.

Carlyle was cofounded by David Rubenstein, a billionaire who served in the Jimmy Carter administration and is very active in philanthropy while remaining Carlyle’s nonexecutive cochairman. He knows Powell very well and has some thoughts on his inflation-fighting experts.

Powell has raised interest rates four times throughout 2022, hoping to cool the economy and bring down consumer prices. And although there are signs that his strategy is beginning to take effect, inflation remains well above the Fed’s 2% target rate.

Rubenstein went on CNN last week and shared what he believes Powell could be thinking during these trying economic times, but just can’t say.

What Powell has been saying instead has been bad for the stock market—and likely your 401(k).

If Rubenstein is right, and Powell wants the unemployment rate to rise as high as 6%, it would be devastating for American workers.

What Powell has said, repeatedly in recent months, is that he is committed to raising interest rates until there is significant evidence that inflation is well under control, even if it means some “pain” for Americans. His stance firmly puts one part of the Fed’s dual mandate (price stability) in the driver’s seat, while the other (maximum employment) has been moved to the back burner.

“Price stability is the responsibility of the Federal Reserve and serves as the bedrock of our economy,” Powell said at a central bank symposium in Jackson Hole, Wyo., last month. “Without price stability, the economy does not work for anyone.”

On Thursday, the Fed chair doubled down on his inflation-fighting stance.

“History cautions strongly against prematurely loosening policy,” Powell said at a Q&A presented by the Cato Institute, referencing the persistent inflation of the ’70s and ’80s. “I can assure you that my colleagues and I are strongly committed to this project, and we will keep at it until the job is done.”

Bank of America’s chief U.S. economist, Michael Gapen, said in a Thursday research note that after Powell’s latest comments he expects the Fed to raise interest rates by another 75 basis points at its September meeting.

Of course, what Powell doesn’t explicitly state when he talks about raising rates is the intended impact of his policies. In order to get inflation under control, asset prices have to fall and the unemployment rate needs to rise.

Rubenstein isn’t the only one noting that the Fed is looking to sacrifice American jobs in order to bring down inflation.

“When the Fed does this, and when Larry Summers and the rest say, ‘Well, we should have higher unemployment.’ He never says, ‘Do you understand what we’re saying here?’” William Spriggs, a Howard University economist, told Fortune in August, referencing the hawkish Fed and former Treasury secretary. “‘We want people to lose their jobs. I want people to be unemployed. And I’m telling you, the rest of us are going to be better off if we sacrifice these people’s incomes.’”

Spriggs noted that Fed officials rarely recognize the impact of their policies on struggling consumers, and particularly on women and communities of color.

“Look, I know Jay Powell. Jay Powell is not a racist. He absolutely is not a racist. But given the framework within which he’s working, given the models with which he has in front of him, he ends up making these decisions that have real racial disparities as the outcome,” Spriggs said. “This is not a ‘race-neutral’ policy. They’re just raising interest rates. That’s what they’re doing. That raises interest rates for everybody. But the outcome isn’t race-neutral.”

To Spriggs’s point, while the unemployment rate for white Americans is sitting at just 3.2%, some 6.4% of Black or African Americans are still struggling to find work. And researchers from the Federal Reserve and the Brookings Institution found in a 2019 study that communities of color experience an outsize impact from rising unemployment compared with the general population.

“Fluctuations of less advantaged groups—including Blacks, Hispanics, and those with less than a college education—are more pronounced. When the labor market weakens, these groups tend to suffer disproportionately; when it recovers, their experience improves disproportionately,” they wrote.

Rubenstein did not immediately respond to Fortune’s request for comment.