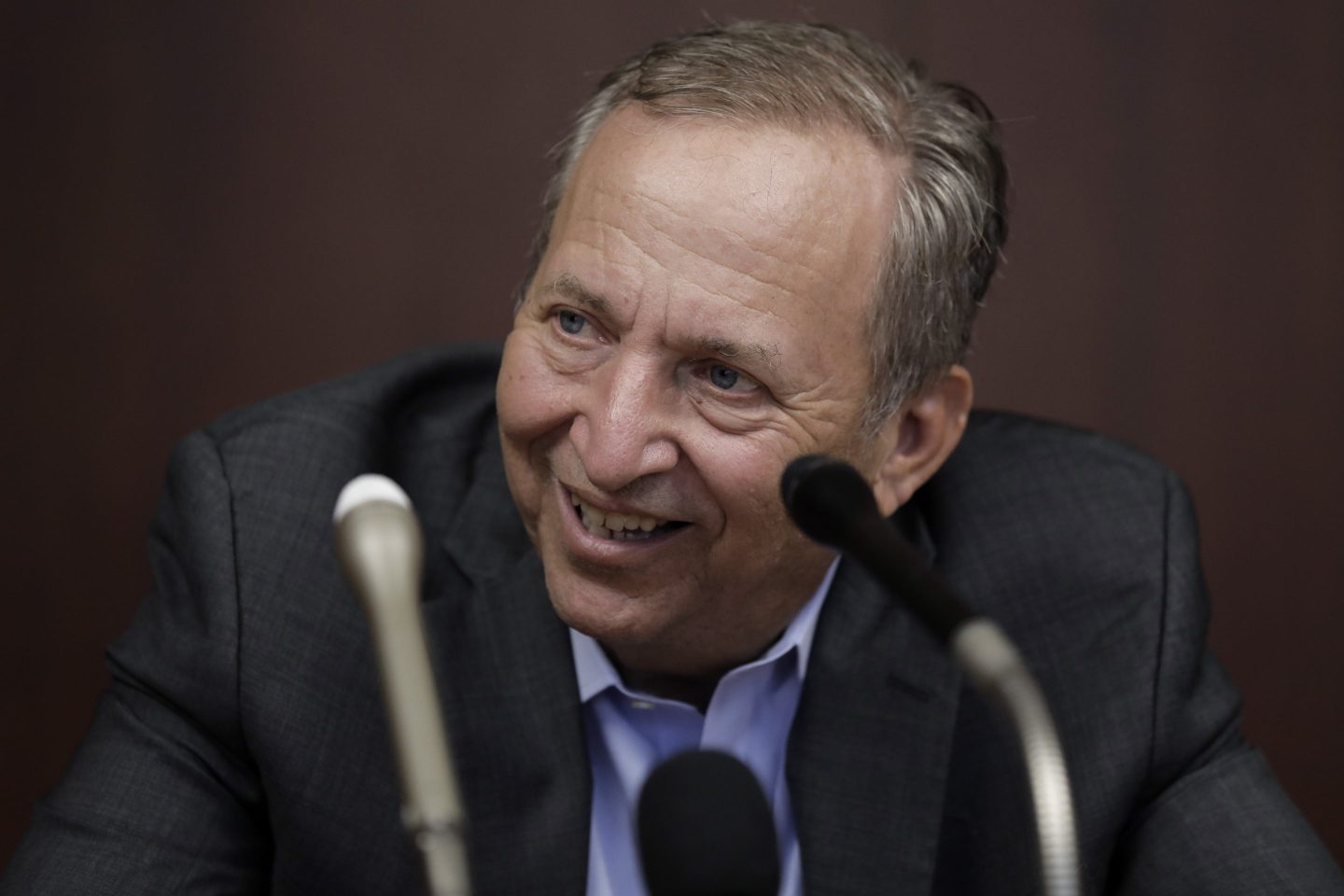 Larry Summers may be the most prominent economist wishing for higher unemployment.
Kiyoshi Ota—Bloomberg/Getty Images

After months of speculation about out-of-control inflation, many mainstream economists have held out hope that something would bring it down: more people without jobs.

Greater unemployment means that employers don’t need to compete as much for workers, which can drive wages up and, in turn, inflation as companies pass costs onto consumers by hiking prices.

On Friday, a major indicator pointed to exactly that.

The Bureau of Labor Statistics revealed in its most recent jobs report that the U.S. non-farm payrolls added a modest 315,000 jobs in August. More people are actively seeking jobs, too, meaning that the unemployment jumped to 3.7%, its highest in six months.

Economists are celebrating the paradox that is the good news of more people going without work.

“In our view, the August employment report contains enough good news for the Fed that will lead them to slow the pace of rate hikes beginning in September,” wrote Bank of America Research in a note shared on Friday.

Meanwhile, Julia Pollak, chief economist for the jobs site ZipRecruiter, sent out a note summing up the observations of many economists like her who closely watch each job report: The unemployment situation is the best news to come out of this data.

To understand why economists are cheering an uptick in the unemployment rate, you have to look back over the past few weeks to the previous jobs report and the Jackson Hole Economic Symposium, when Federal Reserve Chair Jerome Powell spooked the stock market.

‘They will also bring some pain’

A month ago, the July iteration of the jobs report showed that the U.S. economy had added 528,000 jobs, higher than analysts’ expectations. At the same time, unemployment dropped to 3.5%, a level not seen since right before the pandemic, and not for much of the last 50 years. The thinking was: This meant the economy was too hot, and the Fed would have to hike rates to bring inflation down.

Major stock indexes dropped on the news as investors anticipated further tightening to come. The S&P 500 fell 0.1%, for example, and the Nasdaq Composite fell 0.2%.

More pain was to come in stocks, as Jerome Powell’s comments would soon spark another sell-off. “While higher interest rates, slower growth, and softer labor market conditions will bring down inflation, they will also bring some pain to households and businesses,” Powell said at the Jackson Hole gathering, a longstanding annual event where America’s central bankers gather to set policy, shaping the global economy in the process. “These are the unfortunate costs of reducing inflation.” The S&P 500 and Nasdaq duly tanked, dropping the for the next several days.

Some economists differ, pointing out the heavy costs that such high unemployment bring. William Spriggs, chief economist at the AFL-CIO, telling Fortune that it’s the equivalent of saying “We want people to lose their jobs [or] I want people to be unemployed.” He added that the attitude of the “the rest of us are going to be better off if we sacrifice these people’s income” entails significant suffering in a way that is not often discussed.

The market cares most about the Fed and how much more it’s going to hike rates after Powell’s warning shot. Throughout this year, the Fed has hiked multiple times, first a modest 25 basis points in March, followed by a larger hike of 50 points in May. Then it hiked by 75 basis points in both June and July. The last time the central bank hiked by that much was all the way back in 1994.

Bank of America wrote that it’s hopeful the next hikes won’t be so big after the “good news” from the August jobs report. It expects a rate hike of 50 points in September, followed by another 50 points in November and 25 points in December.

“Risks to our outlook for Federal Reserve policy are skewed in the direction of more rate hikes on account of underlying momentum in the US economy,” the bank wrote in its note. “That said, based on the full set of data in hand since the Fed last met in July, we think risks are in the direction of more cumulative hikes over time as opposed to another large 75bp hike in September.”