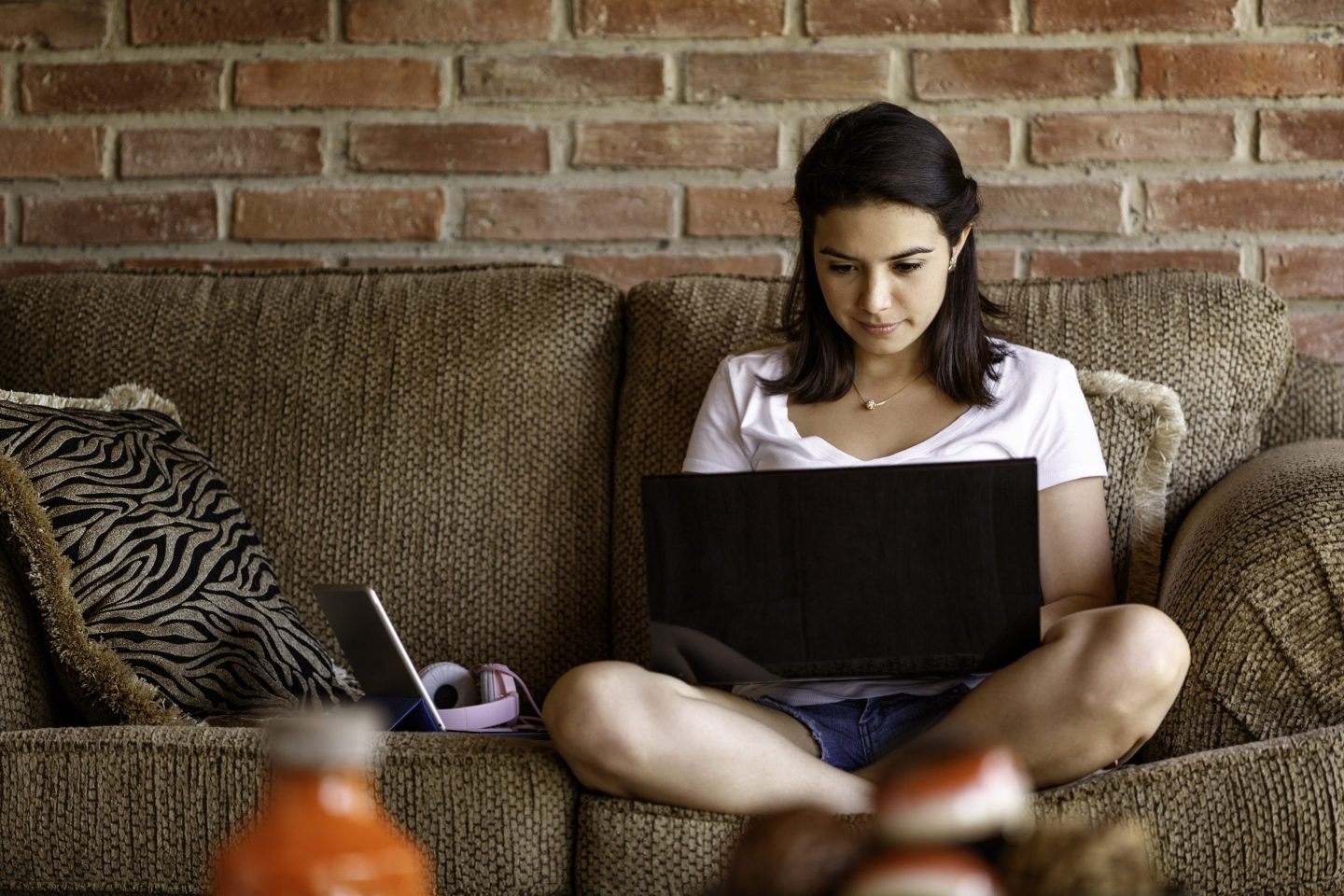 Modern heat sources such as laptops are causing a reemergence of erythema ab igne–literally "redness from fire".
Getty Images

Venkata Konanki is a pediatrician at Phoenix Children’s Hospital, but it was a case inside his own home last year that caught his attention. After watching his grade-school daughter Shriya grind her way through an online school year and then begin a summer academy program, Konanki and his wife noticed an odd pattern emerging– literally.

Across Shriya’s upper thighs, a rash had appeared with web-like areas of hyperpigmentation. There was no fever, itching, pain, or swelling, only discoloration. The Konankis thought back over the school year and the summer, and they realized there was one constant: Their daughter had sat for hours at a time, days on end, with her laptop resting squarely atop her legs.

“Could it be that simple?” The pediatrician wondered. The Konankis purchased a laptop desk and Shriya placed the computer atop it when she was using it. Soon after, the rash began to fade, and within two months it had resolved completely.

When I told Venkata he was clever to have arrived at the diagnosis, he said, “I’m pretty sure other people would have thought of this, too. It’s kind of like putting two plus two together and getting four.” But the truth is, he had just solved a problem that many people don’t know exists–although their kids may be telling them about its symptoms someday soon.

Is “toasted skin syndrome” real? It certainly is, as the Konankis discovered. It has a medical name: erythema ab igne, or EAI, which derives from the Latin and means “redness from fire.” In severe forms, the condition can look like a laser treatment session gone haywire, with areas of skin studded with darkened patches–like a fishing net, only bursting with shades of red or darker brown.

EAI is a skin reaction that occurs from repeated and prolonged exposure to low levels of infrared radiation or heat, at temperatures lower than would produce a burn. The typical rash occurs primarily in areas exposed directly to the heat source, most commonly on the legs and back. Usually, individuals experience no symptoms, but some may develop itching or burning. Exposure to the source needed to cause this condition varies from weeks to years, and it likely depends on the frequency, temperature, length of exposure and whether there is clothing or anything else between the heat source and the skin.

There’s medical history to support all this. Traditionally, these lesions were seen commonly on the shins of individuals who stood close to warming sources like open fires, coal, or wood-burning stoves. With the development of more modern heat apparatuses, including laptops, EAI has reemerged.

“The new thing is that laptops are now a more common cause,” says Jean Tang, a professor of dermatology at Stanford University Medical Center. It’s difficult to know if the incidence is rising, Tang added, because dermatologists diagnose the common condition without reporting it.

Laptops often come in direct contact with the skin of the user and are capable of generating temperatures in the range to cause the condition. Major heat sources include the central processing unit (CPU), the graphic processing unit (GPU), the lithium battery, and the CD/DVD internal motor. The computer’s ventilation fans can dissipate some of the heat, but it’s easy to accidentally block the free flow of air when the thing is sitting right on your thighs.

As Shriya discovered, most laptop-induced EAI lesions occur on the top of the thighs. In a literature survey of 15 reports, 14 of the cases occurred here. We’ve also seen instances of laptop-induced EAI on the abdomen since some users recline with the computers resting there. There’s even one report of the condition appearing on the breast of a young woman.

While the exact pathophysiology underlying EAI is unclear, “It starts off with dilation of superficial blood vessels with later atrophy (loss) of the skin and increased pigmentation,” says Roger Byard, a professor of pathology at The University of Adelaide. Hemosiderin, a yellowish-brown iron-containing pigment, and melanin are thought to be responsible for skin darkening.

So how does a clinician diagnose the condition? Chronic heat exposure in the setting of new net-like hyperpigmentation should raise alarm bells. Throw in the location of the rash primarily on the anterior thighs, in a person with little symptomatology and a history of recurrent laptop use, and voila–the diagnosis is clinched.

As for fixing the problem, getting away from the heat source is a quick and important first step. Mild skin changes, like Shriya’s, usually resolve completely within weeks to months. But it’s no joke, and more severe lesions can take years to resolve or become permanent, says Tang. Physicians have further treatment options to consider in these more challenging cases, but, says Tang, “There is little evidence that anything really speeds healing.”

Rare reports of cancers, like squamous cell or Merkel cell, arising from chronic EAI have been reported years and even decades down the road, so these patients should be monitored.

Perhaps renaming our laptops (How does “tabletops” strike you?) would send a useful message. Whatever the case, it seems wise not to use these devices directly on our bare laps for extended periods, especially if they get hot. Lap desks are cheap and plentiful, and as Benjamin Franklin once observed, “An ounce of prevention is worth a pound of cure.”

As for Shriya? Whether she’s back in her classroom or learning at home, her computer now rests upon either a physical or laptop desk–not across her lap itself. At a time when laptops so commonly facilitate learning and working from home, it’s the right call.

Carolyn Barber, M.D., has been an emergency department physician for 25 years. She is co-founder of the homeless work program Wheels of Change, and the author of many articles and the book Runaway Medicine: What You Don’t Know May Kill You, which was recently Amazon’s #1 Hot New Release in health care administration.