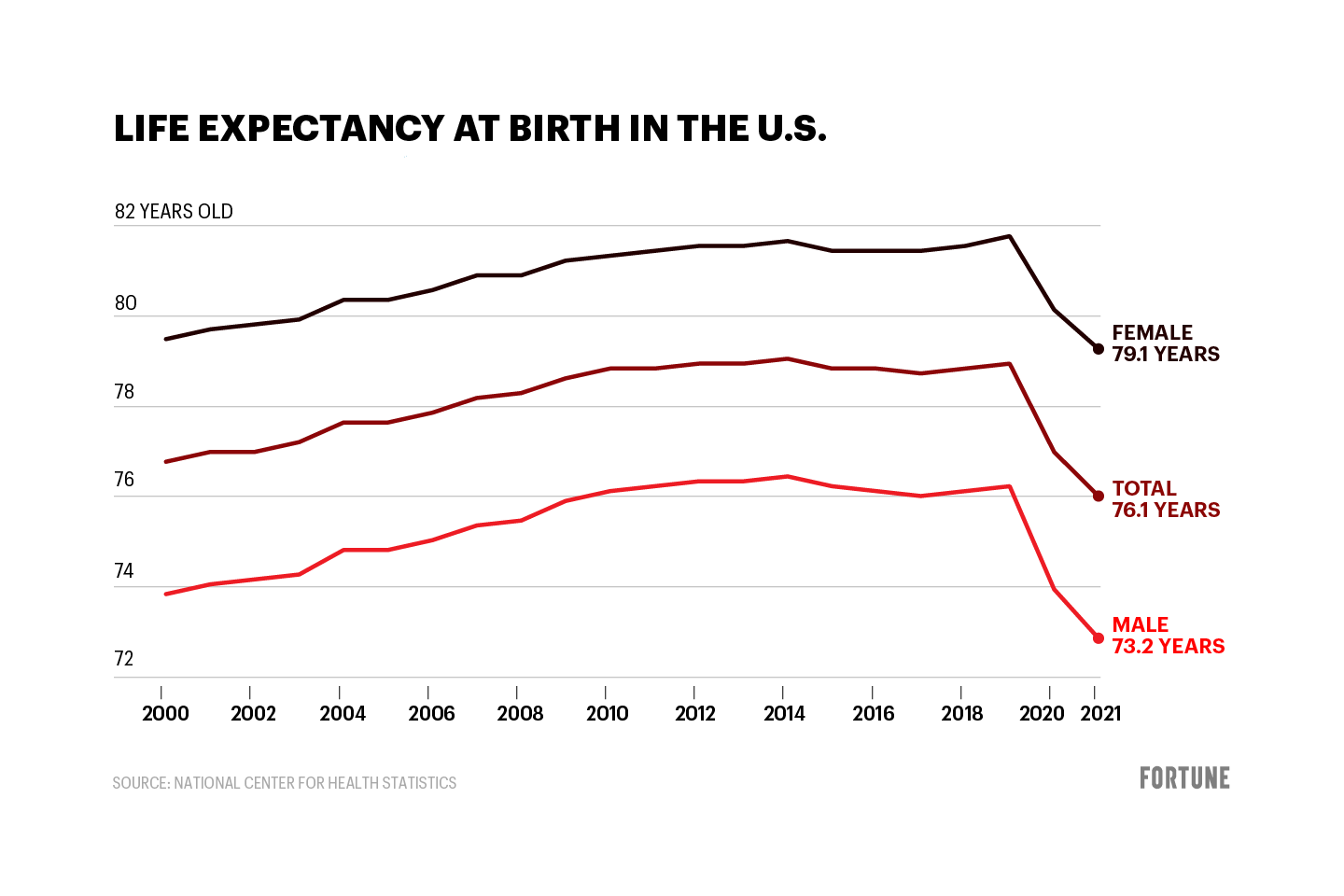 Life expectancy in the U.S. has plunged to its lowest since 1996, mostly due to the impact of more than 1 million deaths from COVID.

The average life-span last year was 76.1 versus 77 in 2020, according to a federal government report released on Wednesday. Before the COVID pandemic, in 2019, Americans lived an average of 78.8 years, or a full 2.7 years longer.

“COVID-19 was the leading cause contributing negatively to the change in life expectancy for the total population,” wrote researchers from the National Center for Health Statistics, a division of the Centers for Disease Control and Prevention.

COVID accounted for 50% of the increases in “cause-specific” death rates, which contributed to the plunging life expectancy.

Before the pandemic, U.S. life expectancy had generally been rising until it peaked in 2014 with at an average of nearly 79 years. At that point, it slowly declined as opioid deaths soared.

To provide life expectancy estimates, the report used provisional mortality data for 2021 and final data for 2019 and 2020.

The difference in life expectancy between sexes, the report said, increased in 2021 and is now nearly six years.

In terms of racial and ethnic groups, Native Americans had the biggest drop in life expectancy last year— 1.9 years—to 65.2 versus 67.1 in 2020. That marks a total decline of 6.6 years from 2019 to 2021—the largest of all race-based groups over that period.

The impact of this decline in life expectancy can be substantial.

“Even small declines in life expectancy of a tenth or two-tenths of a year mean that on a population level, a lot more people are dying prematurely than they really should be,” Robert Anderson, chief of mortality statistics at the NCHS, told the New York Times.

He added: “This signals a huge impact on the population in terms of increased mortality.”