Monkeypox outbreak may have peaked in Europe and can be eliminated, WHO says 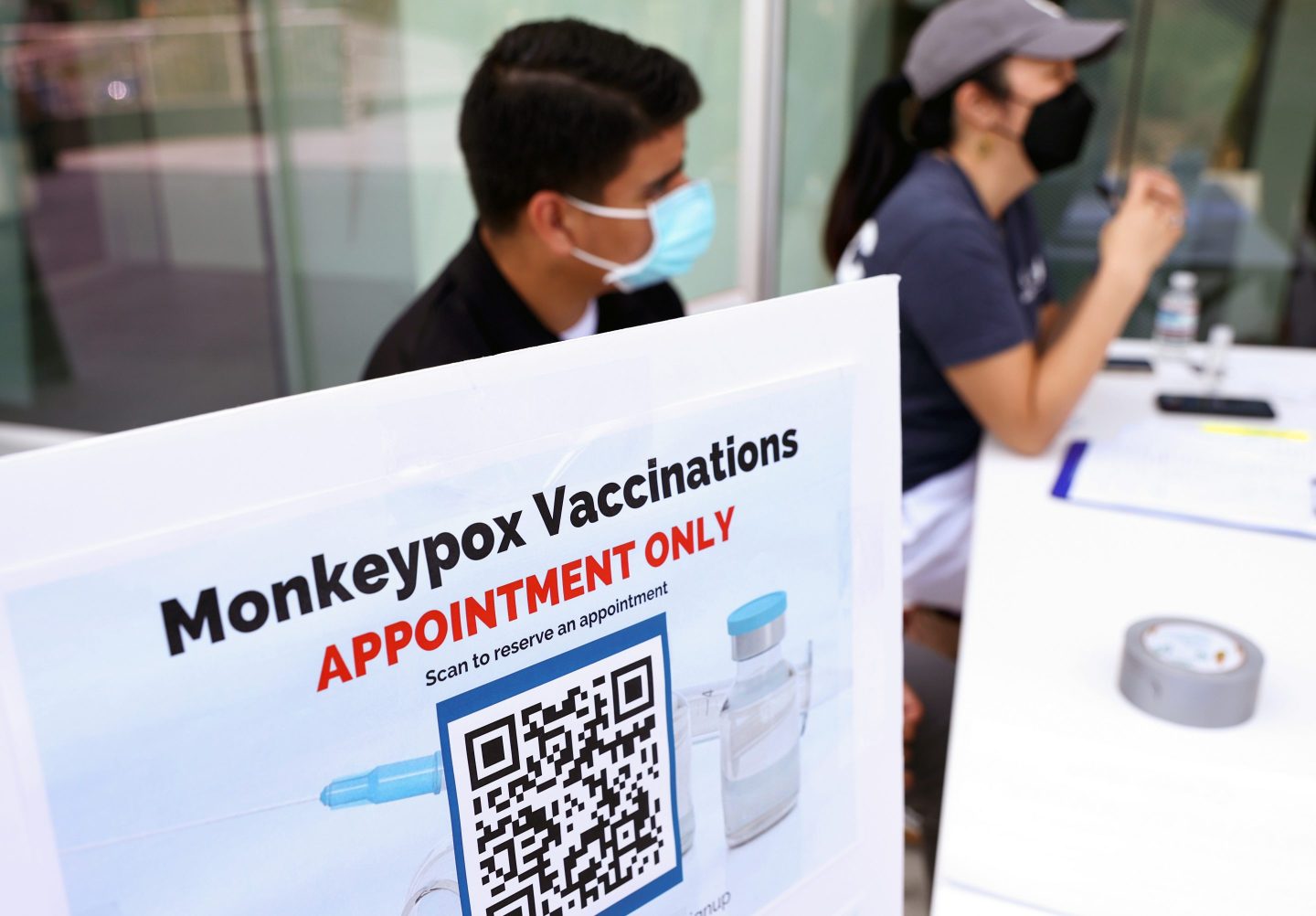 Monkeypox may have peaked in Europe and can be eradicated from the region, a top WHO official insisted on Tuesday.

Hans Kluge, the WHO’s regional director for Europe, said in a virtual briefing that to date, more than 22,000 monkeypox cases had been recorded across 43 European countries—making up more than a third of global cases.

However, he noted that the situation was starting to look less gloomy.

“There are encouraging early signs, as evidenced in France, Germany, Portugal, Spain, the United Kingdom, and other countries, that the outbreak may be slowing,” Kluge said—but he called on countries to work harder to suppress the virus.

“To move towards elimination in our region, we need to urgently step up our efforts,” he said. “Yet we believe we can eliminate sustained human-to-human transmission of monkeypox in the region if we commit to doing so and put the needed resources towards that end.”

In the U.S., the story looks a little different.

To date, more than 18,000 cases of monkeypox have been reported in the U.S., according to CDC data.

He later told the podcast Science Vs. that the spread of monkeypox was “very reminiscent of what we saw in the early days of HIV.”

The U.S. is currently grappling with a shortage of the vaccines used to prevent the transmission of monkeypox, with the world’s only approved maker of the vaccine admitting this month that it was unsure if it could keep up with the sudden surge in demand.

Despite the challenges, Fauci told Science Vs. he was confident that with a widespread vaccination campaign, monkeypox could be brought under control.

“If we continue to put our foot on the pedal, get as many people vaccinated as possible, [we can] get control of it,” he said. “I believe we can do that.”

Former FDA commissioner Dr. Scott Gottlieb has been much more pessimistic, saying in an interview in July that the U.S. was running out of time to get the monkeypox outbreak under control.

“The window for getting control of this and containing it probably has closed, and if it hasn’t closed, it’s certainly starting to close,” he told CBS. “I think at this point we’ve failed to contain this… We’re now at the cusp of this becoming an endemic virus, with this now become something that’s persistent that we need to continue to deal with.”

Monkeypox is a virus related to smallpox and cowpox, and prior to the current outbreak was rarely reported outside of Africa, where the disease is endemic.

There is no cure for the virus, but most people who contract the disease do make a full recovery.

However, Kluge reiterated on Tuesday that the symptoms of monkeypox—which include fever, muscle aches, and a rash—can be truly unpleasant, and in some cases fatal.

“The disease can also lead to life-threatening complications, and it can, in rare cases, cause scarring. The anguish experienced by many patients cannot be underestimated—it can be a truly horrible time. Support to both the physical and mental health of patients during the entire course of the disease, and after it, remains of critical importance.”

This week, the WHO launched two new briefs on monkeypox, one outlining steps policymakers could take to control and eliminate the disease, and the other on the use of monkeypox vaccines.

“All countries—whether they currently have cases or not—need to implement a set of combined interventions towards [elimination of the virus],” Kluge said on Tuesday.

He added that government responses to the monkeypox outbreak need to be targeted.

“The current outbreak emerged among men who have sex with men, often through sex with anonymous or multiple partners,” Kluge explained. “That’s where the outbreak remains centered—and that’s where we must concentrate our prevention and response efforts.”

This would require active collaboration and participation of the community itself, Kluge noted, adding that the response to the outbreak needed to foster “an environment free of stigma and discrimination against this long-marginalized population.”

The WHO, for example, had actively engaged with LGBTQ+ activists and organizations, including the organizers of Pride events, to ensure that the community could access “the best information and advice possible.”