Remote work has created a power struggle between CEOs and CHROs 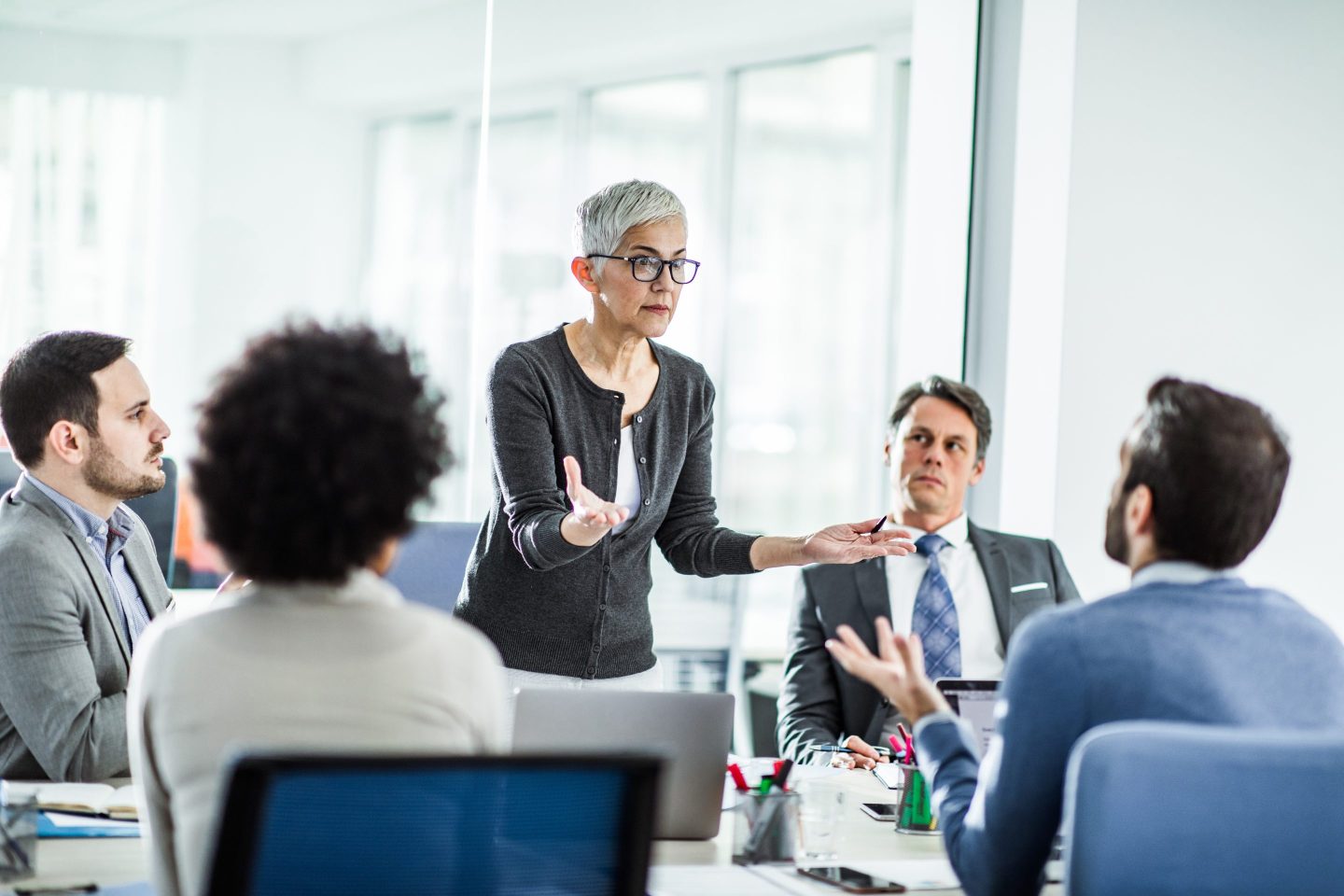 Return-to-office policies are frequently a compromise between the CEO and the CHRO, but employees often get the short end of the stick.
Getty Images

It’s fair to say the relationship between the CHRO and CEO has changed significantly in recent years. These days, CHROs typically report directly to the chief executive, and they have substantially more influence across the organization and decision-making power. But when it comes to hot-button issues, like the return to the office, which fall directly in the HR wheelhouse, talent heads aren’t always the ones to make the final call.

This creates an awkward dance between CEOs and CHROs—particularly in regard to return-to-office strategies—often culminating in decisions that are not always in the best interest of employees. Kevin Oakes, CEO of the human capital research firm Institute for Corporate Productivity (i4CP), says it’s time to put CHROs in the driver’s seat—and actually let them drive.

“When I’ve talked to CHROs about their return-to-office policy, unfortunately too many times it’s resulted in sort of a horse trade activity where the CEO wants everybody back in the office,” he says.

Out of all C-suite functions, CHROs are the most tuned in to what workers want and must have their finger on the pulse. Yet they frequently face pushback from CEOs on return-to-office models that are based on employee sentiment.

“The CHRO is the one saying, ‘We’ve got to give people the ultimate flexibility and let them decide with their manager where they should work and when they should work,’” says Oakes.

This push and pull often leads to a compromise between the CEO and the CHRO, who speaks on behalf of employees. But Oakes cautions against this approach to creating return-to-office policies, warning that it typically leads to a hybrid model that most employees don’t want.

“They arrive at something in the middle,” he says. “And that’s why you see so many three days in the office kind of mantras, which I ultimately don’t think is going to work for most companies.”

Mandating that employees come to the office a certain number of days a week is “juvenile,” he says, and ultimately won’t work in the long run. Why? Because when workers do come into the office, they’re typically on video calls that could be performed from home or in hot desk or desk-sharing arrangements that make it challenging to focus and do real work.

“I just don’t understand how that’s fostering better productivity, innovation or collaboration in general,” Oakes says. “Our research shows that during the pandemic, when employees were forced to work remotely, all of those things increased.”

CHROs often have the clearest understanding of how their employees work best, and they serve as a proxy for talent.

As such, CEOs must empower their people heads and give them the authority and freedom to steer talent operations and make decisions that affect workers, whose well-being and careerpaths they’re tasked with overseeing. DEI leaders also play a role; they have the ability to shed light on how return-to-office policies can spur or hinder diversity progress. Strict accommodation policies, for instance, can serve as a hindrance for new parents or workers with disabilities.

“I tell senior teams all the time, ‘The worst thing you could do is lock yourself in a conference room and decide amongst yourselves what the culture is because you’ll get it wrong,’” says Oakes. “When it comes to issues like return to office and hybrid and flexible work, I would base the decision primarily on data and employee sentiment.”

Some companies have done just that and are high-performing as a result, he adds. These companies are flexible on policy, and they’re willing to test out new strategies, pilot them and see what works, thus allowing CHROs to take on a larger role in return-to-work decisions.

“If the pandemic taught us anything, it’s that we’ve got to know the non-business side of the workforce much more deeply than we ever did,” Oakes says.

In late July, Yelp shuttered three of its U.S. offices and embraced a remote-first work model. The move forced leaders at the company to be more deliberate about connecting and engaging with employees. Carmen Orr, Yelp’s chief people officer, spoke with Fortune this week about how she’s building connectivity among the company’s dispersed workforce. For her, it comes down to two key things: curiosity and empathy.

“Being remote and disconnected, I do think there is [still] a possibility to create emotional proximity. But the way we need to do that is to be more deliberate, to slow down, to take the time to ask questions, to engage with people and lead with empathy. And to really understand we're literally in people's homes. So just recognizing that we're dealing with the whole person and leading from that place.”

- Roughly 70% of employees and job seekers say a company’s sustainability program makes it a more appealing place to work, according to an IBM study. On the flip side, fewer than half (44%) of executives consider sustainability to be a valuable tool for talent retention and acquisition. Time

- Employers expect this fall will mark the end of remote work and that they’ll finally have employees back in the office for good. Employees, on the other hand, feel the opposite. A showdown could be on the horizon. New York Times

- The big three consulting firms—Bain, BCG, and McKinsey—are set to increase new hire salaries to as much as $250,000 including bonuses. The three companies consider compensation the quickest and most surefire way to win the ongoing talent war in the consulting industry. Financial Times

- Google will start labeling health care clinics that offer abortion services on its search and maps functions. The decision comes after pressure from lawmakers to fix issues in its search results that often guided users toward crisis pregnancy centers, which discourage abortions. TechCrunch

The long COVID goodbye. Long COVID has forced as many as 4 million people out of the workforce, according to the Brookings Institution, leading to lost wages of about $170 billion a year. —Chloe Berger

Chipotle union vote. Workers at a Chipotle restaurant in Lansing, Michigan voted to unionize, making it the first of the chain’s more than 3,000 locations to do so. Union members cited low wages and under-scheduling as reasons for the decision. —Associated Press

Flying high. Corporate jet usage has been on the rise since the pandemic began, to the tune of 3.3 million flights in 2021. But with recent scrutiny on celebrity flights and the environmental impact, companies might have to rethink their corporate jet policy. —Gabby Shacknai

Job market fears. Only half of consumers believe jobs are “plentiful.” In fact, a growing share say jobs are “hard to get,” according to a survey from The Conference Board. The lack of confidence in the current job market is part of a broader trend of record lows in consumer sentiment levels. —Christos A. Makridis