How businesses and their boards are navigating corporate jet usage 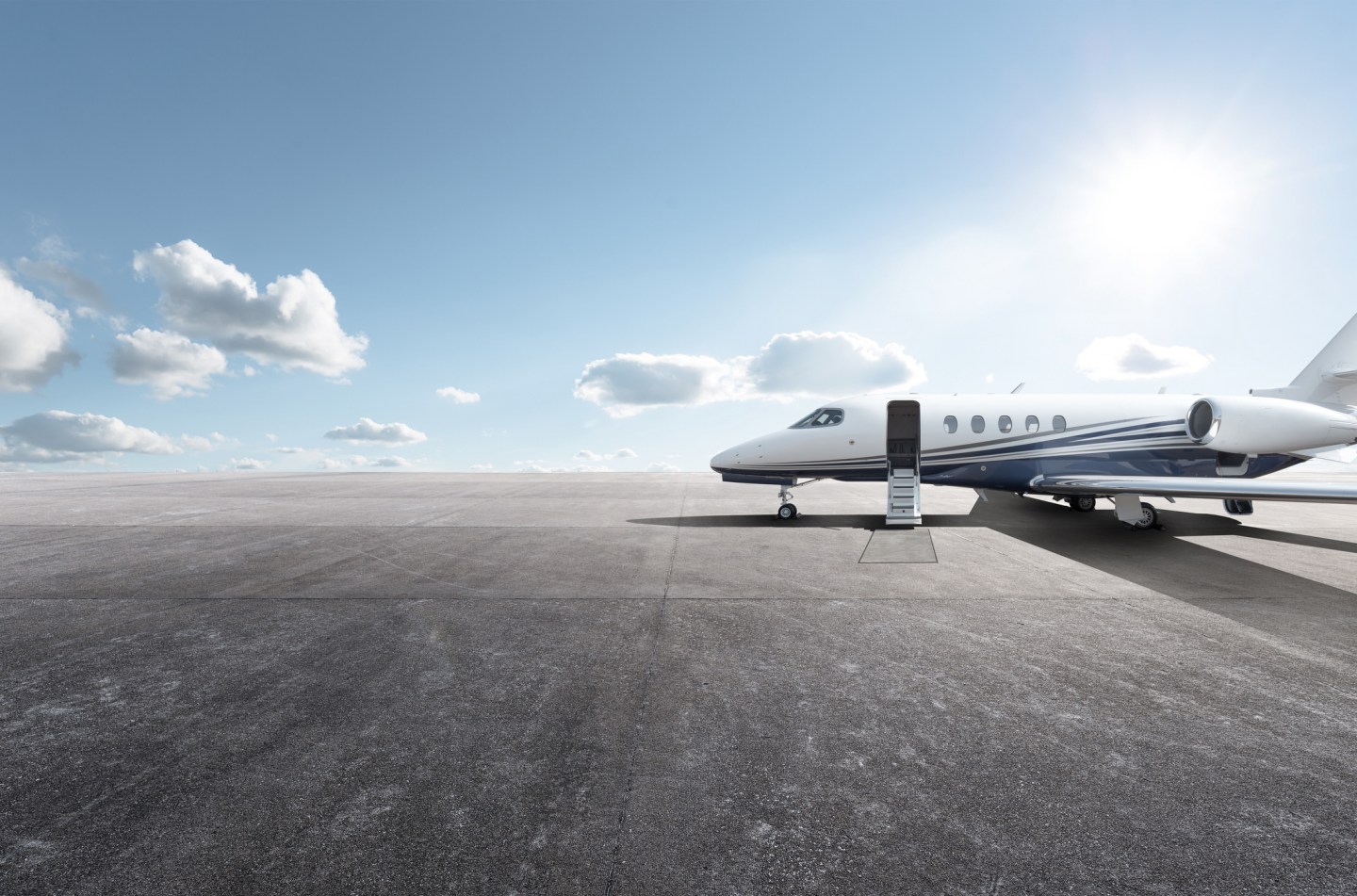 Corporate jets have long been seen as an emblem of prosperity and often an appealing perk when recruiting executives.
Getty Images

During the early days of commercial flight, traveling by plane was seen as the height of luxury. Flying was often an option only business travelers and the wealthy could afford, and in many ways, a plane ticket was the ultimate status symbol.

In the decades since, air travel has become far more commonplace, and the experience of flying today often feels anything but luxurious. But in recent years, a different kind of flight has become all the rage among those who can afford it, and access to it is as much an indication of a traveler’s success as flying commercially was 80 years earlier.

The popularity of private aviation has been on a slow and steady climb for some time now, but since the start of the COVID-19 pandemic, the industry has seen record growth that few could have predicted. Monthly private flights are up 30% from pre-pandemic levels, and jets now account for a quarter of U.S. flights, double their 2019 share, according to research and consulting firm WingX.

But no one has played a larger role in this boom than individual businesses. With 3.3 million flights in 2021 alone, corporate jet travel is experiencing its highest demand ever, with no sign of slowing, even as fuel prices continue to climb.

“Private business aviation has recovered to the point where we started seeing the lowest availability ever for business jets, and we saw charter companies stop taking on new orders because they didn’t have enough airplanes to meet demand,” says Alex Fecteau, director of marketing for Boeing Business Jets.

But just as private travel has been on the rise, so too has criticism of it. In recent months, celebrities and executives like Taylor Swift, Kylie Jenner, and Elon Musk have come under attack for their use of private planes, raising questions about the sizable role they can play in climate change. This public controversy has only added to the already mounting pressure for companies to play a larger part in actively fighting climate change, all while an impending recession pushes them to cut unnecessary costs.

So, with scrutiny of flying private looming large and growing reason for concern over the environmental harm and enormous price tag that come with it, many businesses and their boards have found themselves in the difficult position of deciding whether to buy a corporate jet or charter one—or reject private travel altogether.

Private planes are known for offering travelers a long list of alluring amenities, from comfortable seats and plenty of leg room to the ability to bypass long lines at the airport and travel with full-size liquids—but for many businesses, the choice to opt for a jet over the commercial alternative really comes down to timing.

“It’s really all about efficiency in most cases; they want to get somewhere as quickly as possible,” says Colin Downing, the charter sales director at aircraft management company STA Jets. “People reach out to us when flying private makes a big difference—like if they were flying to Winona, Minnesota, and would have to make two stops and spend the whole day on a commercial route, but with private, they could fly out at 8 a.m., leave two hours later, and be back in New York for an afternoon meeting.”

Before the pandemic, the use of private planes for many businesses, whether chartered or their own, was reserved for these types of routes, where flying commercially would take so long that the time saved by taking a jet justified the expense. During the height of the pandemic, though, domestic aviation fell to seven percent of its 2019 levels, so businesses that still needed to travel were having trouble finding commercial flights, even for common routes.

“We had many new clients who always had the ability to fly private in their budget but saw it as an unnecessary expense,” Downing notes. “Then when COVID hit, it became a necessary expense because they couldn’t rely on commercial flights since there weren’t nearly as many being flown.”

But chartering a plane doesn’t by any means exempt travelers from the problems that have recently plagued commercial travel. “Everything people have been seeing on the commercial side is also happening on the private side,” Downing says. “On the commercial side, flight prices have gone up significantly, but on the private side, it’s close to double pre-COVID prices. You’re seeing a 30% increase across the board, but there are all these other things you have to factor for private.”

Repositioning costs, for instance, are now much higher than they used to be, and the supply of private jets simply isn’t enough to meet surging demand, so those expenses are being passed along to the client. Similarly, the delays and cancellations that have affected commercial flights have also carried over to chartered private flights, so the sense of control and reliability that many business travelers once found with chartered jets has become somewhat of a moot point.

It’s with this in mind that some businesses have decided to take matters truly into their own hands and buy their own planes. “There have been a few reports over the years on why people fly private, and the primary factor is to control your time and to control your conditions,” says Boeing’s Fecteau. “When your travel is contingent on someone else, like a commercial airline or even a charter company trying to find you availability, that might work for the vast majority of passengers, but it likely won’t work for ranking numbers of Fortune 500 companies or people who do need to get to meetings and whatnot in a reliable fashion.”

As one of the largest jet manufacturers in the world, Boeing is privy to every trend that unfolds in the private aviation space and dictates their customer interest, but as a massive, publicly traded company, it also has a fleet of private jets for its own use.

“We have customers in basically every country in the world, and when airlines are making multibillion-dollar deals, they want to talk to the boss, so we need to get there,” Fecteau explains. “We wouldn’t want to send our entire board or half the board or company officers commercially, even in first class, if it means having to go through multiple connections and risk delays or having bags lost.”

This sense of efficiency has often been a determining factor for businesses when buying their own jets, but it’s far from the only consideration. But for many businesses, the harm and havoc that private planes wreak on the environment is often an afterthought. “To be honest, we very rarely run into any conversation with clients about the environmental side of flying private,” notes Downing of STA Jets. “It seems to be sort of the elephant in the room, and they could be discussing it internally, but we don’t ask questions.” Even so, the aircraft management company does offer access to flight options with carbon-offset initiatives, though they come at a higher price.

Boeing Business Jets similarly doesn’t field many customer inquiries about the environmental impact of their jets. However, the unit says that’s because the company’s commitment to sustainability speaks for itself. The BBJ 737-MAX (not to be confused with the commercial 737-MAX), which made up the bulk of new orders between 2020 and 2022, boasts reduced fuel use and emissions 20% compared to its previous generation, saving potentially millions of pounds of CO2 emissions per airplane per year.

“What’s interesting is that when you put this airplane with a triple-sized cabin next to say, a Gulfstream or a slightly smaller business jet, and then you start to explain the actual economics to customers, it does open a lot of eyes because even if ours doesn’t look more economical or environmental than the other guy, in fact, it actually may be,” Fecteau says. “Customers come to us because they know they’ll be buying the most efficient and environmentally progressive airplane on the market, and by making the plane more environmentally friendly and burning less fuel, it also makes it more cost efficient for the customer.”

Taking into account the environmental factors can often breed a sort of hybrid approach, whether that means owning a plane and chartering others for certain flight paths, mostly flying commercially and chartering a plane for occasional flights, or, commonly, some combination of the three.

“Often, people assume that companies that have their own planes wouldn’t need to charter planes, but it’s actually just the opposite,” explains Downing. “Executives may already be using those planes, and there is a rule that you can’t have every member of a board on one plane, so it can be supplemental, and sometimes, they just need a different-size plane, especially if they need to fly a longer route than their plane can make.”

Like many large companies these days, Boeing uses a mixture of flying options to really optimize its time and money. “We have our own business jets—and a few different kinds, not just Boeing—but we also charter to make up for increased demand when we have it, and we also fly commercial first or business-class when it makes sense to,” Fecteau says. “I think most big companies probably use a combination of all three to make sure they don’t waste money by having too many private jets and don’t waste time by not having enough jets for the right people.”

Above all else, it seems, businesses want to have as many options as possible when it comes to corporate travel. They want to be able to choose the path that will be most economical and most efficient for them and for their bottom lines.

“Demand for private travel has stayed very buoyant, and it seems persistent,” says Fecteau. “What we’ve found is that once customers get a taste of flying private—when they see that taking a private jet to London with six or eight other people ends up being a similar cost to paying $10,000 for business or first class seats and that they can get that five-star treatment without the inconveniences of traveling at a commercial airport or risking health and safety by being exposed to thousands of people—they don’t really want to go back.”