A key inflation gauge just fell for the first time in July since the start of the pandemic (even if it was just 0.1%) 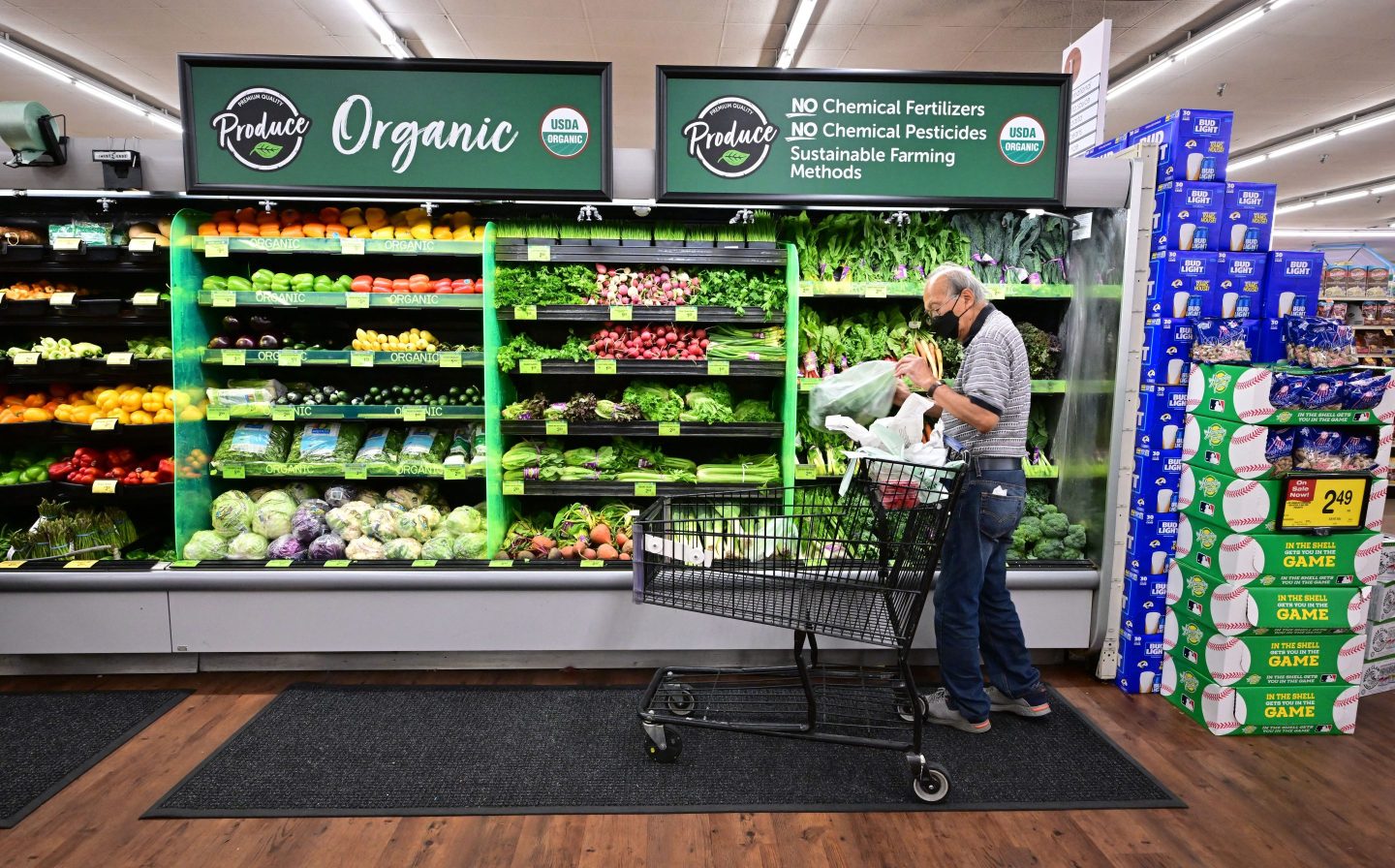 U.S. consumer spending rose at a sluggish pace in July, even while Americans got some relief on prices, indicating the economy is feeling the pinch from the highest inflation in a generation.

Purchases of goods and services, adjusted for changes in prices, increased 0.2% after being flat a month earlier, Commerce Department data showed Friday. Spending on both merchandise and services advanced. The median estimate in a Bloomberg survey of economists was for a 0.4% advance.

The personal consumption expenditures price index, which the Federal Reserve uses for its inflation target, fell 0.1% from a month earlier, the first negative print since the start of the pandemic. That in part reflected a notable drop in energy prices, while food costs continued to rise.

Excluding food and energy, the price index was up 0.1% in the month. The core measure was up 4.6% from a year ago, a slight deceleration from the previous month.

The weaker-than-expected report suggests the backbone of the economy started the third quarter on rockier footing than previously thought. While a robust labor market paired with sizable and sustained wage increases has supported consumer spending in recent months, widespread inflation is eroding those gains.

And the outlook is growing increasingly murky. The Fed is aggressively raising interest rates to tackle price pressures, and the ensuing surge in mortgage rates has prompted a sharp slide in the housing market. The trajectory of consumer spending will largely determine the path of the overall economy.

“Personal spending disappointed in July despite a negative print on inflation, raising the risk that third-quarter GDP will barely rebound after two consecutive drops… Fed officials may eye robust labor income in the report as a reason to stay resolute on further rate hikes.”

Even though the Fed’s headline inflation figure eased, wages and salaries rose a robust 0.8% in July, the most since February. That may spur further concerns about inflation becoming entrenched in the economy, as companies tend to pass on such costs to consumers.

The saving rate was unchanged at 5%, still the lowest since 2009, according to the report.

Fed Chair Jerome Powell discussed the economic outlook at the annual Jackson Hole symposium after the report was released. He signaled the U.S. central bank is likely to keep raising interest rates and leave them elevated for a while to stamp out inflation.

The latest data showed that inflation-adjusted spending on both goods and services each rose 0.2%. However, the advance in goods was driven entirely by outlays on durable goods—items like appliances and cars—while spending on nondurables declined for a second month.

The consumer price index, which typically runs hotter than the PCE price index, also decelerated in July, to 8.5% year-over-year. Powell said last month that the PCE gauge is a better measure as it more accurately captures the inflation that people actually face in their lives.

Unadjusted for inflation, spending edged up 0.1% from the prior month. The overall income figure posted a soft 0.2% gain, dragged by a drop in earnings that people make from self-owned businesses.

—With assistance from Olivia Rockeman.