Why employees, not leaders, should be at the center of building belonging in the workplace 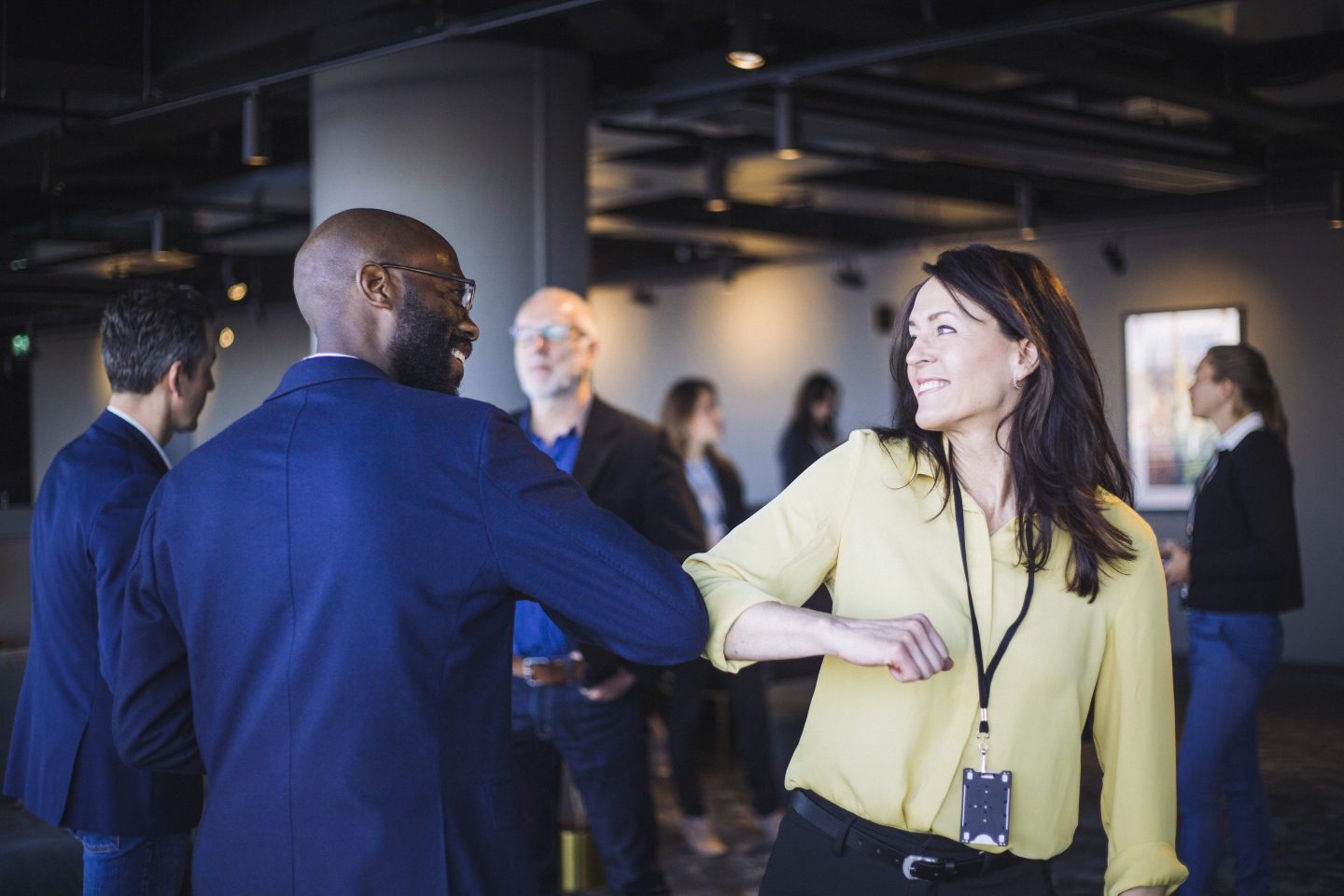 "If you build a good company and positive culture, talent will come—indeed, they will even come into the office," the authors write.
Getty Images

The HR sector is filled with buzzwords and phrases that can often appear nebulous at face value: “psychological safety,” “work-life integration,” and a newly popular one, “culture of belonging.” The latter, belonging, has grown in popularity in recent years, particularly in the wake of George Floyd’s death. Many people operations executives consider it to be the next frontier of diversity and inclusion. But what exactly is it and, more importantly, how does one create said culture—one in which belonging is deeply embedded into the very system of an, oftentimes, global firm? George Ho, the co-founder and chief product officer for HR software company Vityl, has some ideas.

Belonging, Ho says, extends the idea of a “good” company culture beyond just an amicable office environment. Instead, it seeks to stimulate the fundamental human need to feel connected to others and for that connection to be valued. “Belonging is an understanding of one’s place in a group,” says Ho.

If that sounds abstract or subjective, it’s because it is, says Ho. Belonging is by its very nature more akin to a personal emotion than an HR objective because it’s an effort to build deeper relationships between coworkers. As with all relationships, it requires a foundation of mutual appreciation for it to be meaningful and rewarding.

Contrary to popular belief, belonging requires at its core continuous reciprocity among peers, rather than between managers and their direct reports. In a recent survey by Vityl, 37% of employees said they were responsible for belonging, while 36% said their coworkers were. Just 6% said leaders were accountable for belonging, which suggests that it’s the day-to-day relationships with peers that most foster belonging.

The business outcomes of belonging are compelling, per the survey. Employees who said they felt a sense of belonging at work reported:

CHRO Daily spoke with George Ho about the business imperative for belonging and what HR teams often get wrong.

What’s the business case for belonging?

The business case when you’re talking about retention is substantial. What we’ve seen in our research is that organizations that invest in belonging are going to see strong returns across all of their people KPIs—better engagement, better collaboration and better business outcomes.

Your report highlights three factors—acceptance, recognition, connection—that make up belonging. How should we think about them in relation to one another?

Early in somebody’s tenure with an organization and in their career, acceptance matters the most. If somebody was early in their career and had a high degree of acceptance, they were more likely to feel a stronger sense of belonging. Recognition and connection start to matter more after the first year at an organization. This arc really does describe the journey of first looking for some standing within a company, a degree of acceptance. Then once you feel that, your priority becomes desiring a sense of recognition, to feel respected for your individual contributions. Then to feel connected—and not just connected socially. It’s really about building a supportive bond through shared experiences and shared learning.

What are the organizational competencies HR teams must establish to effectively build a culture of belonging?

The skills and competencies needed to move forward are communication and change management. One of the biggest issues around this is spurring action. People teams have become extremely good at listening, but that’s almost a dangerous place to stop. The best way to build that kind of buy-in and engagement in everyday belonging-building and culture change is by having great communication skills and thinking about each stakeholder, their role in it, and then empowering them to take the right actions through the right resources.

When it comes down to the nitty-gritty work, everybody’s got to know what their piece of it is. That’s really what I would like HR teams to focus on: How can they resource themselves to empower each person to take action? The longer they sit around, and listen, and think about it, and strategize or create councils—those are all necessary things—but unless that converts into trial and error, where people are given a chance to understand what success looks like, then those little daily moments that build belonging don’t happen.

How long does it take to actually develop belonging?

The beauty of belonging is that it’s not linear. Everyone is looking for that one moment that helps them feel belonging, and you can’t predict what that is for each person. We’re trying to get people to first just commit to try to build belonging and to try to create as many of those moments as possible at any given time. If you’re talking about building a holistic culture of belonging across an organization of people, that’s an ongoing effort that is happening every day. This isn’t something where you unfreeze it, you work on it, and you freeze it again, and people belong. It just doesn’t work that way. This process is ongoing, but for each individual person it can happen like that [snaps fingers]. That’s the most exciting part about building belonging, it just takes a couple of moments to solidify and sustain it.

A roundup of the most important HR headlines, studies, podcasts, and long-reads.

- Productivity scoreboards and automated screenshots. These are just a few of the new productivity tracking tools some companies are implementing. Employees say these efforts are invasive, bordering on general surveillance. Employers, on the other hand, say they have no choice because communicating with employees has become a “black hole.” New York Times

- Only 1.2% of VC investments made this year have been allocated to Black-led businesses. And the economic downturn is already having a disproportionate effect on minority-led startups. Investments in Black-founded companies dropped 63% in the second quarter of 2022, even though overall investment fell just 23%. Bloomberg

- Tech companies that are laying off workers are making a “major mistake,” according to Danny Allan, CTO at the software company Veeam. Such layoffs, he argues, negatively affect branding, which will live on long after the short-term payroll cuts. (Fortune’s Paige McGlauflin says as much in this piece detailing the long-term consequences of mass layoffs.) Business Insider

- Entry-level employees at Wall Street firms are sharing TikTok content about their work lives. Although most are careful not to reveal their employers’ names, it still creates a conundrum for banks that have long valued confidentiality and privacy. Their solution? Launch their own TikTok accounts. So expect to see Goldman Sachs doing the latest dance challenge. Bloomberg

Best friends…not forever. Employees with friends at the office are more likely to be productive and have fun at work, according to a Gallup poll. But as workers distance themselves both physically and emotionally, creating stronger barriers between their work and personal life, they’re becoming less likely to establish long-lasting friendships at the office. —Chloe Berger

Act your wage. The term “quiet quitting” is trending and has received some backlash. Many view the phenomenon as simply setting healthy work boundaries, and in a Reddit thread, users are sourcing new terms for what they consider a necessary separation of work and personal life. —Jo Constantz

Not-so-sweet dreams. A bad night's sleep may actually lead to an increase in selfish behavior, according to a paper published in the journal PLoS Biology. The study found that losing even one hour of sleep made people less willing to help others, including family and friends. The next time your coworker is being selfish, they might just need a nap. —Chloe Taylor

COVID end-emic. Dr. Anthony Fauci said that COVID will likely become “more of an endemic situation” in the U.S. by the time he steps down in December. That could provide talent leaders with more ammo to drive employees back into the office. —Nicholas Gordon