One of the secrets to happiness at work is slowly disappearing 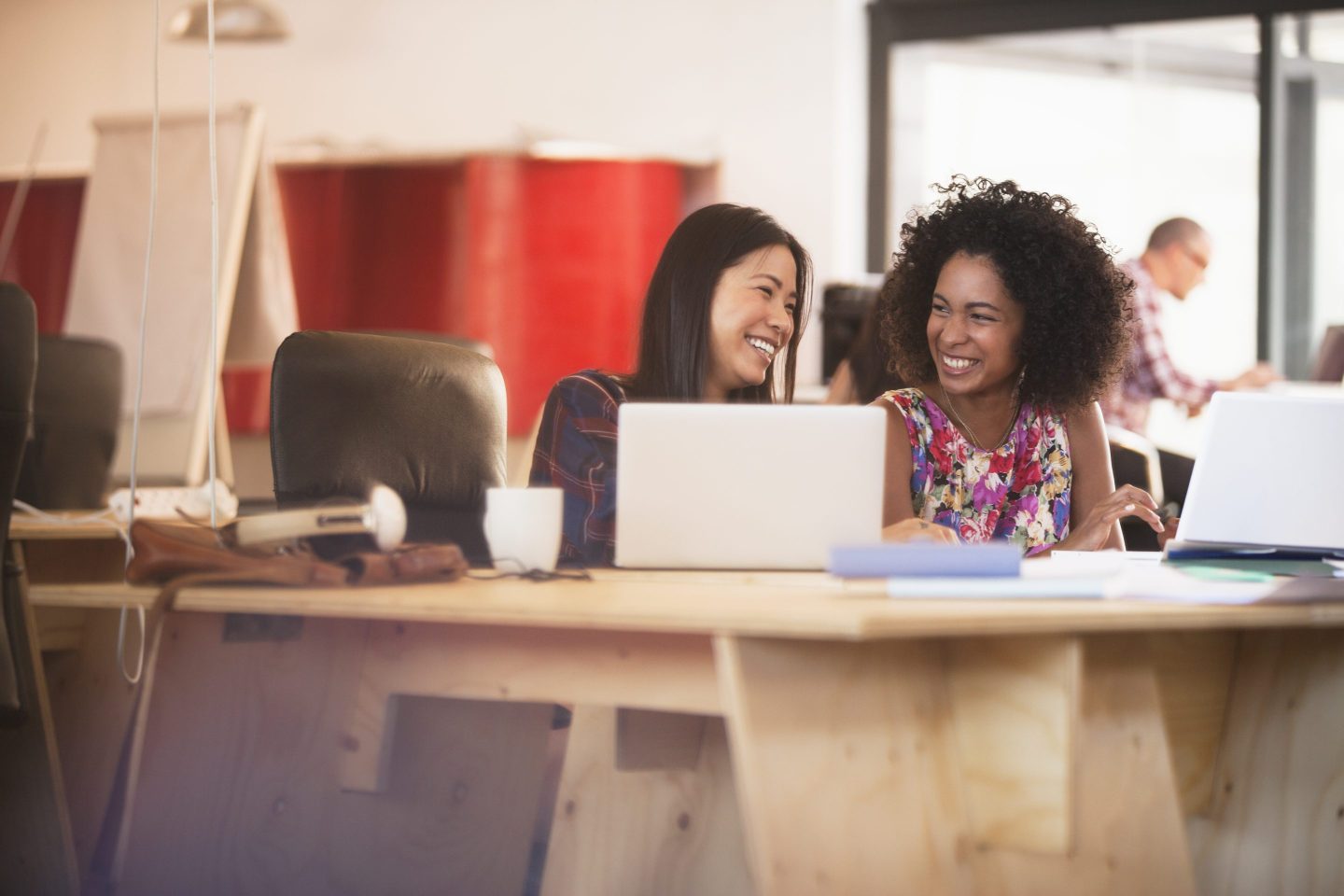 Just like the Beatles, we all get by with a little help from our friends—especially the work pals who make long days go by more quickly.

These work friendships are more valuable than ever before, recent data from Gallup finds: Since the pandemic began, the connection between having a work bestie and employee satisfaction has strengthened.

Comparing surveys of more than 10,000 adults from 2019 to 2022, Gallup found that the difference between having a work best friend and not having one has become larger in terms of happiness at work: In 2019, 33% of employees who had a work BFF were satisfied, while 23% of those without a work BFF were. That gap widened in 2022 to 32% and 15%, respectively.

Workers with a work BFF are also more likely to recommend working at their company since the pandemic began. Those without one are more likely to join the Great Resignation.

The reasons behind the growing importance of having a work friend are many, Gallup’s research finds. Workers in fields like education or health care who were especially affected by the pandemic are in need of emotional support. And workers who started a new job in a hybrid or remote environment felt their work bestie helped show them the ropes and integrate them into their team.

Ultimately, Gallup finds, employees with a work friend are more likely to be productive, innovative, and have fun at work. But there’s one problem: Not as many workers have a work BFF as they used to.

The downfall of the work bestie

Gallup shared additional survey analysis with Fortune that revealed a slow decline in the work BFF. Hybrid workers are the most friendless: 22% said they had a “best friend” at work in 2019, while only 17% said so in 2022. Fully remote and fully in-office workers also saw a decline, but not to the same extent, dropping by one percentage point to 19% in the same time frame.

Employees without a work bestie became more isolated during the pandemic, which put their performance at risk, Gallup found. Only two in 10 American employees reported having a best friend at work.

Friendships at work can be complicated, but they can be seen through the formula offered by Jack Schafer, Ph.D.: Friendship = Proximity x (Frequency + Duration) x Intensity. With some hybrid workers coming into an empty office, they may not see or be near their coworkers enough to form a tighter bond.

But there are plenty of other reasons behind the demise of the work BFF, the Wall Street Journal first reported. As workers seek to distance their lives from work, the work friend has become a casualty. Add the Great Resignation to the mix, and workers don’t even know if it’s worth it to plant the seeds of friendship.

Plus, social skills are slightly lacking after quarantine and some people are just fatigued with socializing, retreating to their at-home offices and finding more agreeable company in pets, roommates, or spouses. Making small talk can be more stilted over Zoom, and sometimes people just don’t get your sense of humor over Slack.

But despite coworker friendships becoming less of a priority or harder to come by, Gallup’s research suggests they’re what make the sterile office and long Zoom calls more exciting and, in the long run, your job more satisfying.

So maybe it’s time to actually grab coffee with your coworker. It might make your nine-to-five more palatable.