Biden’s student loan debt forgiveness plan could cost up to $519 billion, according to new analysis 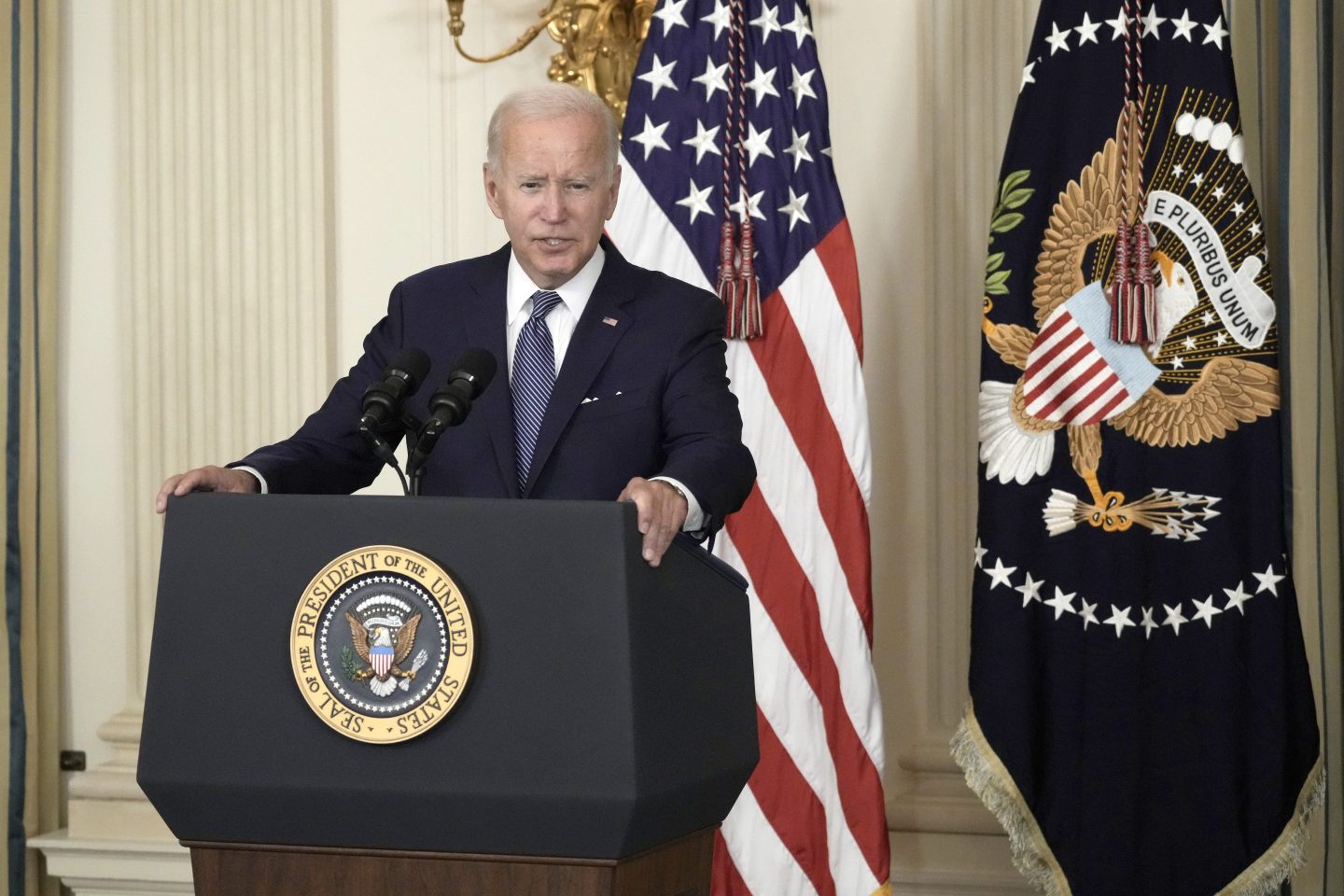 The Biden administration’s announcement that they will forgive $10,000 in federal student loan debt for borrowers within a certain income cap and up to $20,000 for Pell Grant recipients would cost up to $519 billion, according to a new analysis.

President Joe Biden announced Wednesday that his administration is working to forgive $10,000 in federal student loan debt per borrower, and up to $20,000 in student loan debt for Pell Grant recipients earning less than $125,000 per year (or $250,000 for households). He also extended the pause on federal student loan payments through the end of the year, and the U.S. Department of Education proposed a new income-driven repayment (IDR) plan.

Not all of the details have been released yet. But over the next 10 years, the plan could cost approximately $519 billion, the Penn Wharton Budget Model estimates. In the first year, forgiveness would cost $468.6 billion.

The estimate includes the 10-year window to give policymakers an idea of the additional cost for those currently in school who qualify for forgiveness, says Kent Smetters, faculty director for the Penn Wharton Budget Model.

Given that students with loans who are currently in school qualify for the forgiveness (if they or their parents meet the income requirements), there are likely to be additional costs in the next few years at least.

The administration reportedly included an income cap to appease critics who say high earners do not need student loan debt forgiveness. Without the cap, $10,000 in forgiveness would cost an estimated $311 billion or $344 billion for 10 years of eligibility.

“The income cap is much less important than the amount of debt forgiven,” says Smetters.

Although $10,000 in forgiveness is welcomed by many of the estimated 43 million federal borrowers, some progressives had pushed for greater relief, including up to $50,000 per borrower. Doing so would cost an around $980 billion over 10 years, Penn finds.

About 75% of the benefits from the debt relief proposed by Biden will go to households making $88,000 or less per year, according to the estimate. The Biden administration estimates 90% of the benefits will go to those earning less than $75,000 per year.

Currently, federal student loan payments are still paused from the early days of the COVID-19 pandemic. Biden also announced that the pause would be extended through the end of the year. That extension will cost the government approximately $16 billion.

Additionally, the proposed IDR plan would cap monthly bills at 5% of a borrower’s discretionary income, compared to 10% right now, among other changes. While more details on the plan are needed for a better estimate, Penn Wharton Budget Model says the IDR program could add $450 billion or more, thereby raising total plan costs to over $1 trillion.

There are already existing programs to help low-income Americans get their federal loans forgiven, says Smetters, including income-driven repayment plans. The struggle is getting more people to enroll in them.

“A lot of people don’t realize there are already existing income based repayment plans,” he says. “On some of them you literally don’t have to pay back anything.”

Forgiving $10,000 in student loan debt would completely wipe out the debt of nearly a third of borrowers, including about 31% of delinquent loans or those in default, according to Education Department data. The Biden administration estimates 20 million Americans will be debt-free after the debt is cancelled.

The Biden administration had been debating whether to forgive $10,000 per borrower in student debt for several months.

It has already canceled $32 billion in total debt, the most forgiven by any president. That includes billions in relief for those who attended institutions that had predatory or misleading practices, to those who qualify for the Public Service Loan Forgiveness program, to disabled borrowers, and others.