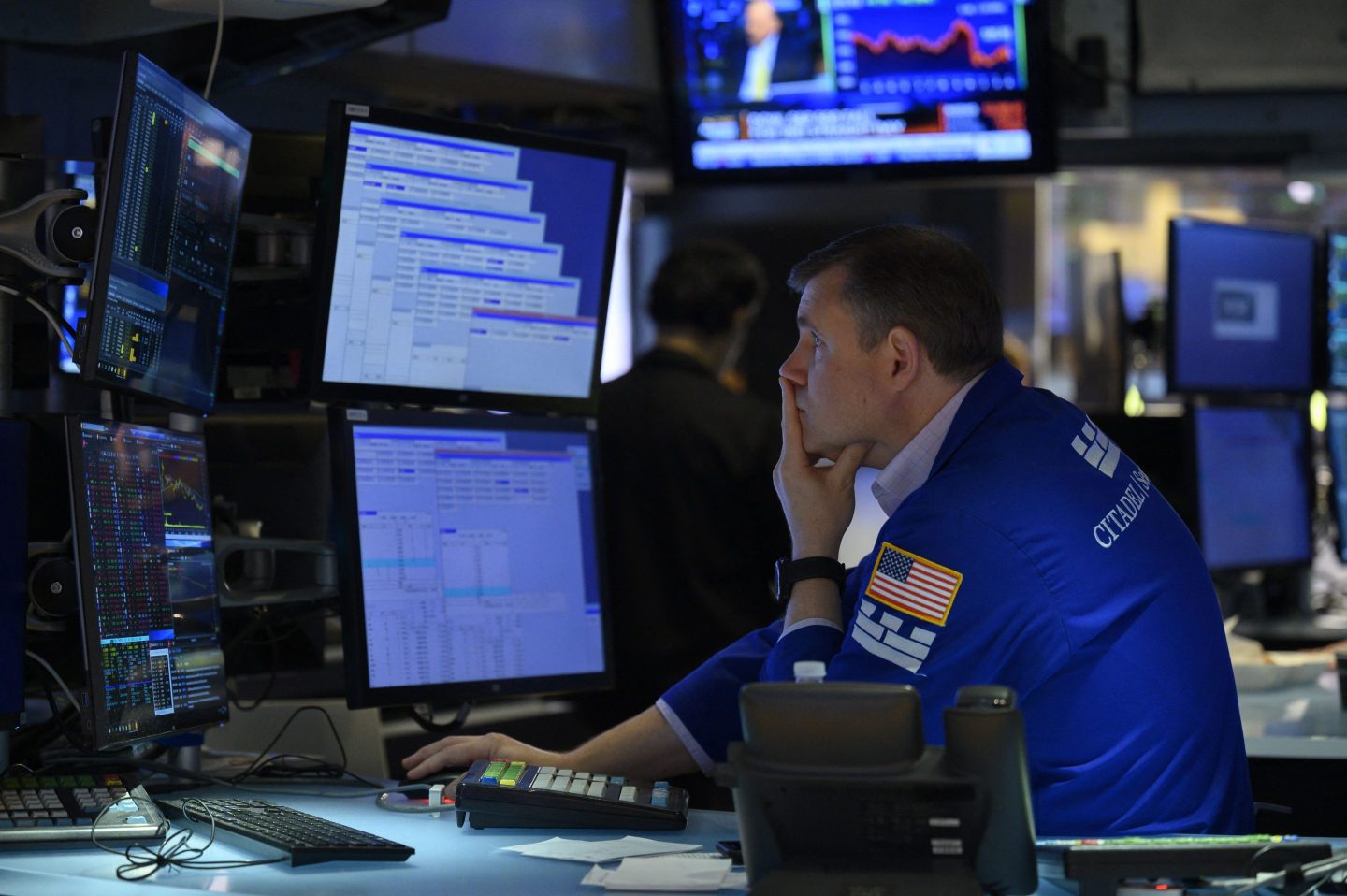 A trader works on the floor of the New York Stock Exchange (NYSE) at the opening bell on August 5, 2022 at Wall Street in New York City.
Angela Weiss/AFP via Getty Images

The Dow Jones Industrial Average sank over 600 points on Monday as fears of aggressive interest rate hikes by the Federal Reserve crept back into investors’ minds, putting an end to this summer’s stock market rally.

The VIX was created after the Black Monday crash of 1987 as a way to measure the expected volatility of the U.S. stock market. It’s derived from real-time prices of S&P 500 call and put options, and has become widely used on Wall Street since the 2008 financial crisis.

Options, also known as derivatives, give investors the right—but not the obligation—to buy or sell an underlying asset at a specific price on or before a specified date.

The VIX has been given the moniker the “fear gauge,” because of its role in measuring volatility, or how fast prices change, which is seen as a way to gauge the sentiment of investors and traders.

It works something like this: When investors and traders become worried about the future of the stock market, they’re more likely to use options to help protect their portfolios. This, in turn, causes a rise in the VIX that helps other investors recognize that their peers are sensing danger.

Experts told Fortune that there were several key factors that helped push the VIX higher on Monday.

First, Monday was the first trading day since the assassination of Daria Dugina, the daughter of the Russian nationalist philosopher and President Vladimir Putin’s “spiritual guide” Alexander Dugin. Traders are expecting Putin to respond to the assassination with further cuts to Europe’s natural gas supplies, and are betting that it will only help to extend the Russia-Ukraine war.

On top of that, Monday was the first trading day since Russia’s state-owned energy giant Gazprom announced another unscheduled maintenance period for the Nord Stream 1 pipeline that carries natural gas from Russia to Germany via the Baltic Sea.

With natural gas prices at record highs, critics say Russia has used the pipeline as a way to punish European nations for their sanctions and “blackmail” countries into using Russian rubles to purchase natural gas supplies.

Natural gas prices in the U.S. and Europe spiked on Monday as a result of Nord Stream 1 pipeline maintenance and Dugina’s assassination, with Dutch TTF gas futures, a European benchmark for natural gas, rising 19% to reach $291.90 per megawatt hour.

But the surge in the VIX is about more than just the increasing chance of a European energy shortage. Investors are worried that central banks will be forced to continue raising interest rates in the U.S. and Europe even as economic growth stalls due to persistent inflation, thereby increasing the odds of a more severe recession in the West.

“Expectations of an ongoing surge in inflation in Europe along with the sentiment that central banks will pursue aggressive tightening is making investors extremely anxious,” said Greg Daco, EY-Parthenon’s chief economist, adding that he believes the markets will remain in “a highly volatile environment for the foreseeable future.”

Beyond recession fears and Europe’s energy crisis, another potential reason for the VIX’s rise could be that traders are attempting to make a profit off market swings amid the recent onslaught of mixed economic news.

Trading on the VIX has become a cottage industry in recent years due to the rise of exchange-traded funds (ETFs) and derivatives tied to the index. George Ball, the chairman of Sanders Morris Harris, a Houston-based investment firm, noted that the VIX is “an efficient, low-cost, liquid way for investors to profit from market swings, up or down—assuming the investor is right about the direction.”

Because of the growth of VIX trading, Ball said that the VIX isn’t as good a representation of the market’s “fear” or “greed” as it used to be. Still, he noted that the index is still “primarily a tool to manage portfolio risk, both for individuals and institutions” and shouldn’t be discounted as a measure of investor sentiment altogether.

“It has become the gold standard for offsetting volatility,” he said. “As a result, it is quite efficient as a mechanism for doing that, even though the put/call ratio that it employs is only loosely linked to the market heading up or down.”