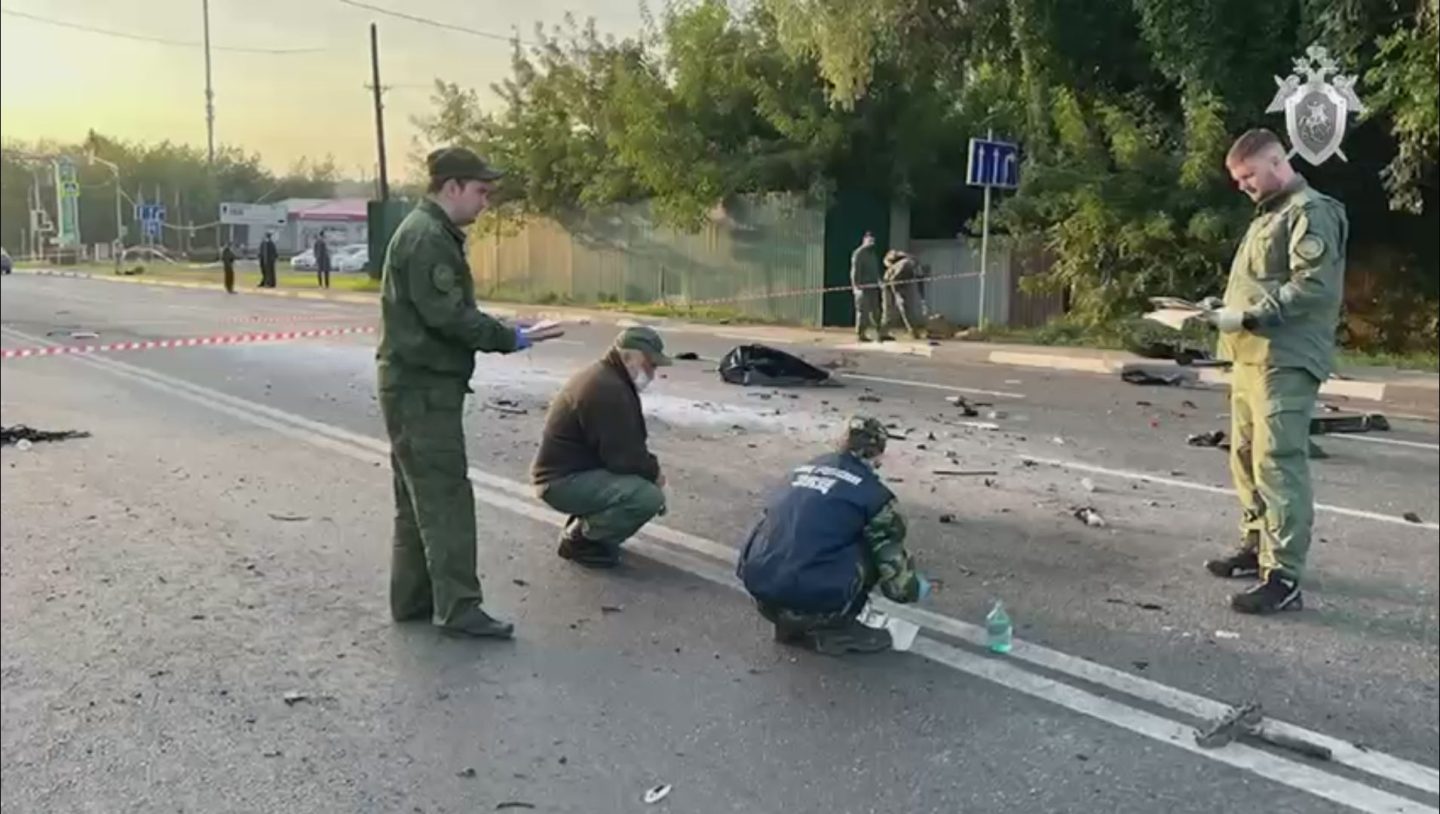 The daughter of Alexander Dugin—a Russian nationalist philosopher who is credited as being the “spiritual guide” to Putin’s invasion of Ukraine—was killed in a car bombing in Moscow on Saturday night.

Daria Dugina, a nationalist journalist and political analyst, was accompanying her father to a lecture he was giving outside the city when the Toyota Land Cruiser she was driving exploded in Odintsovo, a suburb around 20 kilometers west of Moscow.

The car was owned by Daria’s father, and he had originally planned to travel with his daughter after the lecture but decided to change cars, Andrei Krasnov, a friend of Dugina’s, told state newswire Tass.

“As far as I understand, Alexander or probably they together were the target,” Krasnov said.

Tass reported Monday morning that local law officials said the explosive device installed on the car was remotely detonated and “the crime was planned in advance on [someone’s] orders.”

Prominent media members in Russia quickly accused Ukraine of the assassination of Daria Dugin or the attempted assassination of Alexander Dugin, but Kyiv has adamantly denied any involvement in the attack.

Mykhailo Podolyak, a senior adviser to Ukrainian president Volodymyr Zelensky, said on Ukrainian television: “Ukraine has absolutely nothing to do with this because we are not a criminal state like Russia or a terrorist one at that.”

Despite Ukraine denying any involvement and another unknown group emerging to claim responsibility for the attack, prominent Russian leaders have called for retaliation against the country as the 31st anniversary of its independence from the Soviet Union approaches.

Who is Alexander Dugin?

Sergei Markov, a political scientist and journalist, wrote in a Telegram message that Alexander Dugin, who was filmed at the scene of the explosion holding his hands on his head, was admitted to the hospital.

Dugin, who is credited with being the architect or “spiritual guide” to Russia’s invasion of Ukraine, founded the Eurasia movement—a political organization that advocates for Russian imperialism and the growth of Russia’s power and dominance over the European and Asian regions.

He is reported to have significant influence over the Russian president and was once described as Putin’s brain in a 2014 article published by the Council on Foreign Relations’ Foreign Affairs magazine.

Dugin’s writings were popular among hardline members of Russia’s parliament and provided inspiration for Putin’s decision to annex Crimea in 2014.

He also helped to recruit volunteers to fight in Ukraine’s Donbas region, a move that resulted in U.S. sanctions being placed against him in 2015.

His daughter is the first high-profile supporter of Putin’s invasion to be killed in Moscow.

Ilya Ponomarev, a former Russian member of parliament who dissented against Putin’s regime, claims the “National Republican Army” of Russian partisans carried out the attack.

Ponomarev, who fled Russia in 2014 and gained Ukrainian citizenship in 2019, said he had been contacted by the little-known Russian antiwar partisans, who claimed they had committed “many other partisan acts” behind enemy lines.

He did not provide any evidence for these claims.

“This action, like many other partisan actions carried out on the territory of Russia in recent months, was carried out by the National Republican Army (NRA),” Ponomarev said, speaking on a Russian-language TV channel he launched in Kyiv earlier this year.

He added, “a momentous event took place near Moscow last night. This attack opens a new page in Russian resistance to Putinism. New—but not the last.”

Ponomarev, who was the only Russian MP to vote against the annexation of Crimea in 2014, read out the manifesto for the group, which accused Putin of being a “usurper of power and a war criminal who amended the constitution, unleashed a fratricidal war between the Slavic peoples and sent Russian soldiers to certain and senseless death.”

The group threatens similar attacks on prominent Russian businessmen and politicians, saying “those who do not resign their power will be destroyed by us.”

But within Russia, there is a different narrative.

Russian state television personalities and propagandists have largely ignored claims of the National Republican Army and have called for retaliation against Kyiv, without providing proof that Ukraine had committed the attack.

The calls for greater violence add to fears within Ukraine that Russia is planning something “particularly cruel” for Ukraine’s independence day.

This coming Aug. 24 will mark not only the 31st anniversary of Ukraine declaring independence from the Soviet Union but also the six-month anniversary of when Putin first attacked the country in February.

He added: “We must all be strong enough to resist any enemy provocations, as much as it takes to make the occupiers answer for all their blows and terror.”

Konstantin Malofeyev, a Russian businessman sanctioned by the U.S, the EU, and Canada directly accused Ukraine of the attack and threatened the country.

“Daria’s despicable murder is a sign of the enemy’s cowardice and powerlessness. His death throes. He can’t fight honorably, so he kills the best of us,” Malofeyev said.

Margarita Simonyan, the editor-in-chief of news channel RT posted on Twitter and Telegram calling on the Russian military to strike “the decision-making centers” although she did not specify where.

Russia’s foreign ministry spokeswoman Maria Zakharova said in a Telegram post that if Ukraine’s involvement is confirmed, “then we need to start talking about a policy of state terrorism enacted by the Kyiv regime.”