The head of the CDC says the agency should be reorganized, and that its COVID response ‘did not meet expectations’ 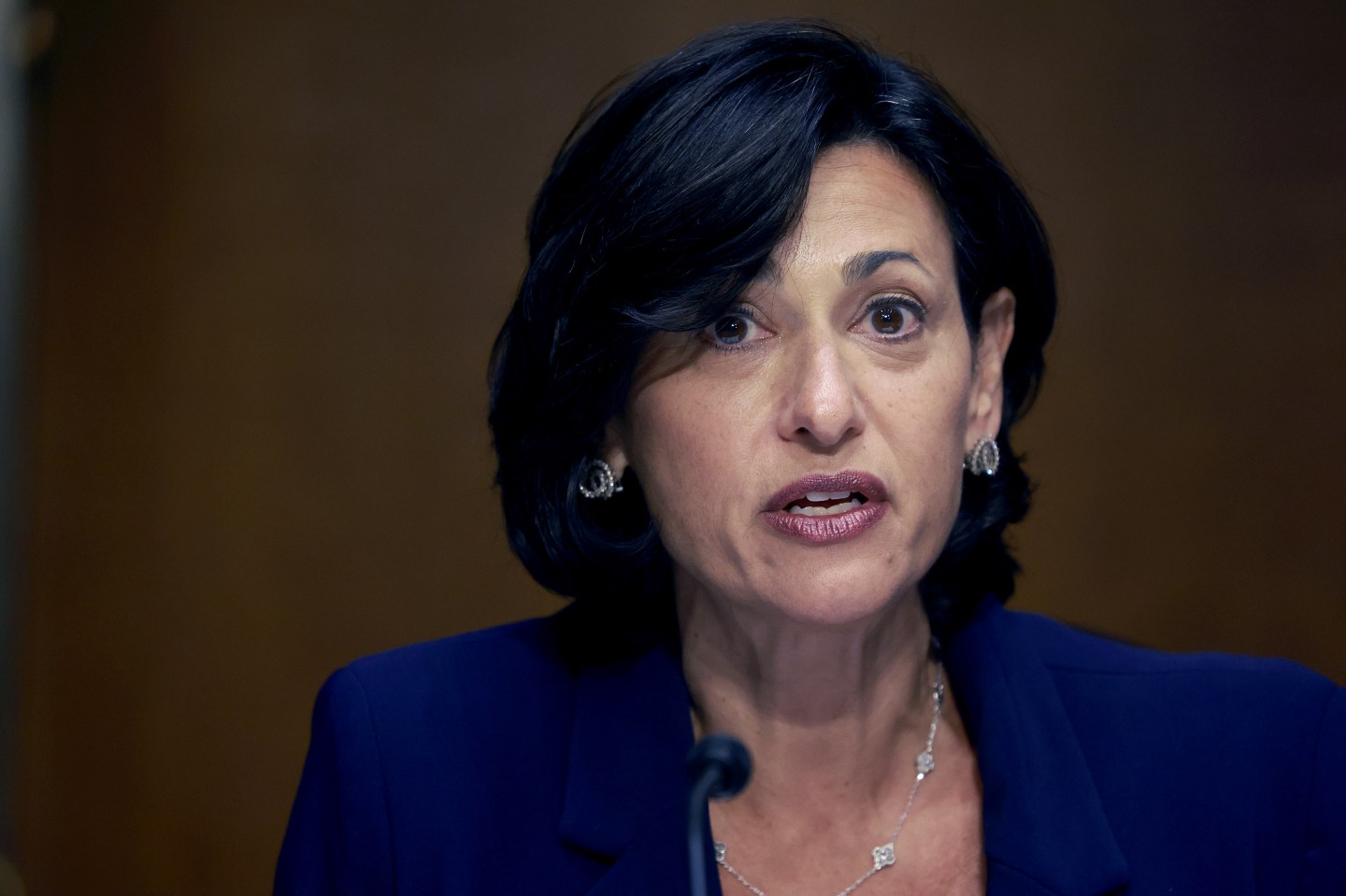 U.S. Centers for Disease Control and Prevention Director Dr. Rochelle Walsensky called for a reorganization of her agency on Wednesday, citing its slow, confusing response to the COVID-19 pandemic.

“For 75 years, CDC and public health have been preparing for COVID-19, and in our big moment, our performance did not reliably meet expectations,” Walensky said Wednesday, according to The New York Times. “My goal is a new, public health, action-oriented culture at C.D.C. that emphasizes accountability, collaboration, communication, and timeliness.”

In a meeting with senior staff on Wednesday, Walensky outlined a plan to reorganize the federal health agency to prioritize public health needs and curbing outbreaks over the publication of scientific papers on rare diseases, The Times reported.

The decision comes on the heels of an external report ordered by Walensky in April. James Macrae—a former senior official at the U.S. Department of Health and Human Services, which oversees the CDC—lead a review of the agency’s COVID response. His report hasn’t been completed or released, The Times reported.

And it follows years of criticism regarding the agency’s pandemic response and communication, including accusations that the agency has become politicized and has been “gaslighting” the public when it comes to the magnitude and seriousness of the virus’s spread.

‘A job for a political operative’

The reorganization is an “important step” for Walensky in recognizing that “the CDC is failing at its mission, and that there needs to be a wholesale rethinking of what has gone wrong in the CDC—why it’s in the situation it’s in,” Dr. Amesh Adalja, a senior scholar at the John Hopkins Center for Health Security, told Fortune.

“The CDC has enormous amounts of talent and expertise, and it’s not being utilized appropriately. It really needs to be reconfigured from an operational perspective.”

It should be noted, however, that the organization’s pandemic failures occurred under both Walensky and former Director Robert Redfield, whom Walensky replaced in January of last year, according to Adalja.

“The issue is not so much the director as much as if the director is answerable to, and serves at the pleasure of, the president or the HHS secretary,” he said. The secretary of the U.S. Department of Health and Human Services, who reports to the president and is appointed by him with the consent of Congress, appoints the director of the CDC.

“The issue is more about the CDC being independent of the West Wing,” he added. “That’s more of what we’ve seen: the CDC being subservient to the West Wing, all of these czars and coordinators. The CDC director should be the one leading the charge.”

While some are calling on Walensky to resign as part of the reorganization, such a move won’t fix the CDC’s problem, Adalja said, adding that “it’s more systemic.”

“I don’t think she should resign as if it’s her fault,” he said. But resigning due to Biden’s statement that Jha is “basically” running the CDC “would be powerful.”

“Two successive administrations have ruined the CDC. [The director position] isn’t a job for an infectious disease doctor. It’s a job for a political operative.”

Staying ‘above the fray’

A reorganization is reasonable, given that the agency’s handling of the COVID pandemic and monkeypox outbreak “have not gone smoothly,” Dr. Bruce Y. Lee, a professor of health policy and management at the City University of New York School of Public Health, told Fortune.

Two majors issues with with CDC during the pandemic have been the changing of guidelines and recommendations without explanation, and the agency’s slow reaction time, Lee said.

“One of the concerns is making sure science drives [changes in guidelines] rather than political interest,” he said. “There’s a need to really make sure that if there’s changes in guidance, the science is clearly spelled out, that there’s a scientific reason why it changes.”

It’s imperative for the CDC to remain “above the fray” of politics, he added.

A reorganization is well and good, Lee said—but it won’t fix a lack of funding.

Such a move without extra money is “essentially reorganizing the deck chairs on a boat that may be going the wrong direction,” he said.

‘One of the signs of a good leader’

Dr. Georges Benjamin, executive director of the American Public Health Association, told Fortune that Walensky is to be commended for commissioning the review and taking action on it.

“One of the signs of a good leader is being able to know when something didn’t go well and doing something to try to fix it,” he said. “We’re pleased she did that.”

For many years the CDC “has been a revered institution,” but in many ways “functioned like a big academic center,” Benjamin said, operating in silos.

“There are lots of empires with very smart people who crank out great information,” he said. “But the world has changed. Right now we need a very nimble health organization that can respond very quickly” to emerging health crises.

As for calls for Walensky to resign, Benjamin called them “firm nonsense.”

“There’s a problem here, and we see this a lot in public health,” he said. “You starve the organization, don’t give them the resources they need to do the job. Something happens. They do a herculean effort. They don’t get credit for it. And you turn around and you want to blame somebody. And they need to stop.”