Investors are ‘no longer apocalyptically bearish’, but BofA warns recession expectations have hit an all-time high 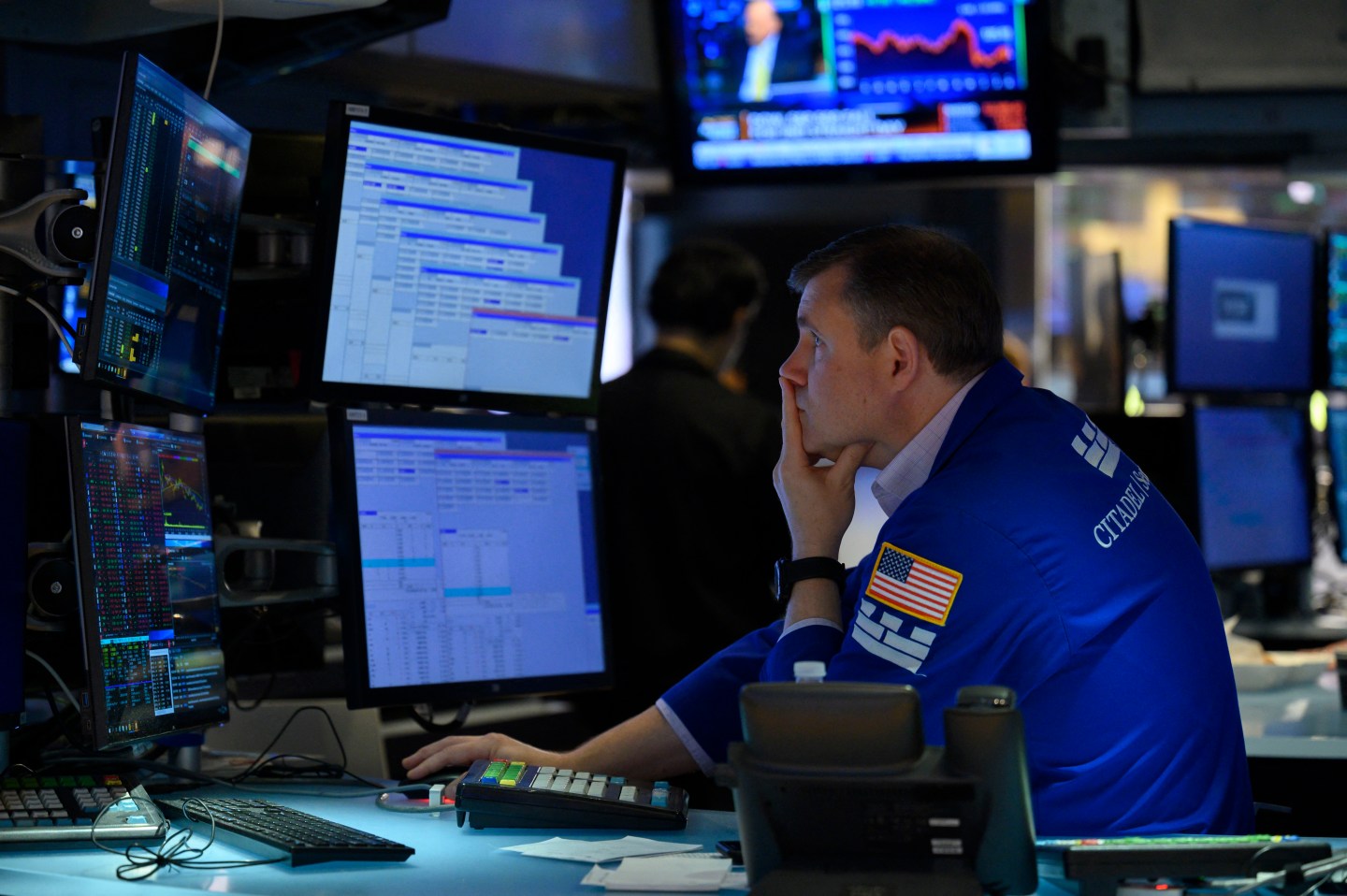 A trader works on the floor of the New York Stock Exchange on Aug. 5, 2022. Pessimism is still lingering on Wall Street, according to a Bank of America survey.
Angela Weiss—AFP/Getty Images

Investors are “no longer apocalyptically bearish”—but pessimism is still lingering on Wall Street, according to Bank of America.

The bank’s latest Global Fund Manager Survey, which polled 284 individuals who collectively manage assets worth $836 billion, found that while sentiment had improved enough to increase investors’ risk appetite, recession expectations had surged to an all-time high.

BofA said hopes had risen among investors that inflation and interest rate shocks would end in the coming quarters, with growth expectations rising “from dire July lows.”

However, despite investors being more optimistic on these fronts, BofA’s Bull & Bear Indicator—an analysis of overall investor sentiment—remained at the “max bearish” level.

Recession concerns persisted, with the number of investors expecting a global recession within a year rising to the highest level since the survey began in 1995, according to the results.

A quarter of investors said a global recession was the biggest tail risk, making it the second-biggest concern for fund managers after inflation, which 40% of respondents named the biggest risk to their portfolio.

While inflation staying high was widely considered a risk, 88% of fund managers said they expected lower inflation within the next 12 months.

U.S. inflation finally showed signs of cooling in July, after surging to a four-decade high in June.

Investors monitoring the inflation picture are hoping that lower inflation readings will take some pressure off the Federal Reserve to continue its aggressive rate hike cycle.

Pivoting back to stocks

BofA’s survey was carried out between Aug. 5 and Aug. 11.

Strategists at the bank noted that the findings showed there had been a “big August rotation” toward U.S. stocks, as well as equities in the technology and consumer discretionary sectors.

Meanwhile, investors had retreated from consumer staples, utilities, and U.K. stocks, and defensive cash holdings had dropped slightly since July.

The bank said that notably, investors were saying for the first time in two years that they expected growth stocks to outperform value stocks.

BofA’s findings mirror patterns seen among wealthy investors who are members of Tiger 21, a network for ultrahigh-net-worth entrepreneurs, investors, and executives.

Last week, the exclusive club’s founder told CNBC that its members were pouring their money back into stocks—even though the majority of them believed a recession was looming.