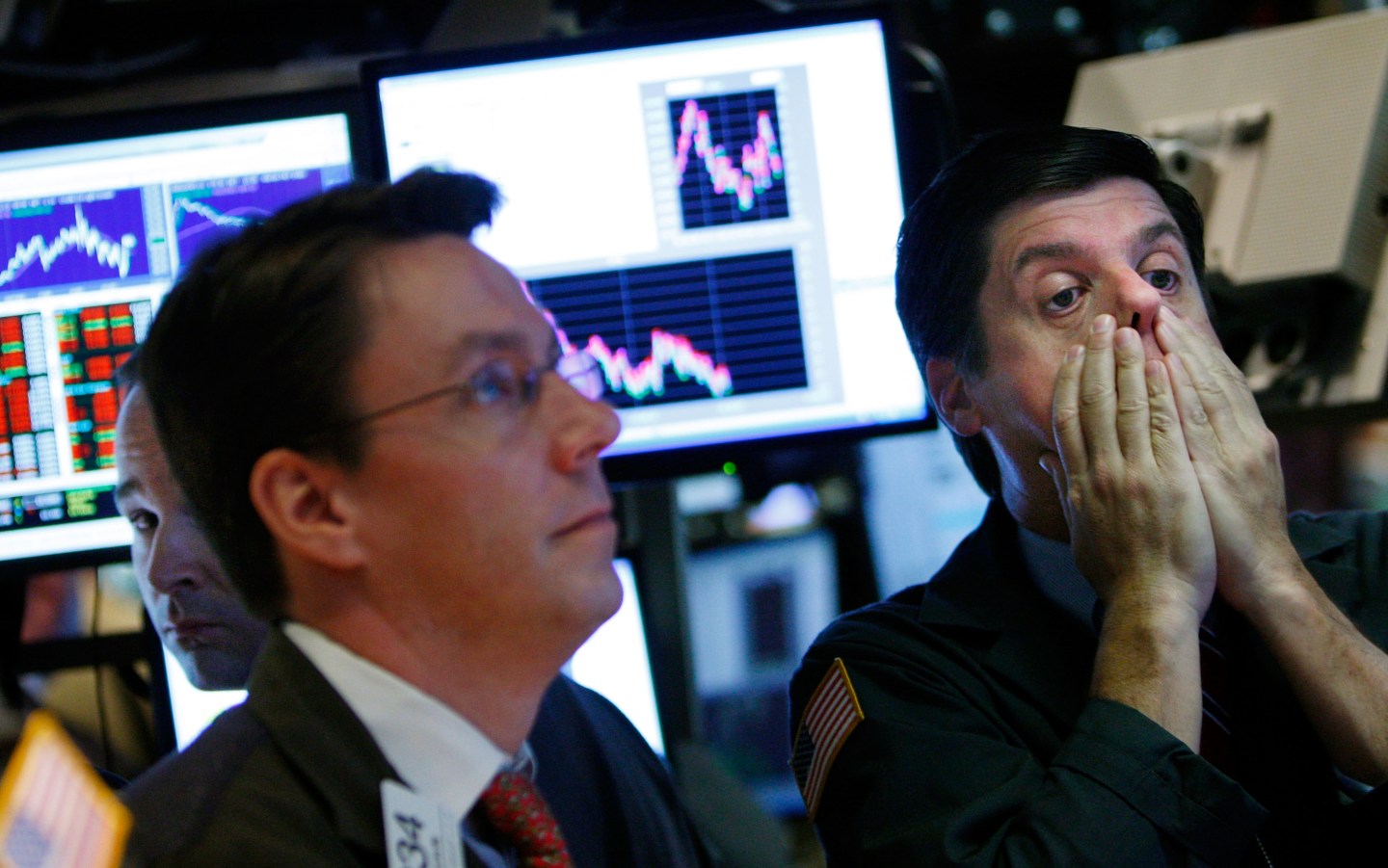 Traders working on the floor of the New York Stock Exchange on October 7, 2008.
Mario Tama/Getty Images

Investors aren’t feeling too good about the future of the global economy—and their shaken confidence is affecting how hundreds of billions of dollars are being allocated.

The latest Fund Manager Survey, published Tuesday, was carried out between July 8 and July 15. It included responses from hundreds of investors who collectively manage hundreds of billions of dollars’ worth of assets.

Around 80% of those surveyed said they were expecting the economy to weaken within the next year, marking the lowest growth expectations since the survey began in 1995.

BofA’s Bull & Bear indicator—which measures investor sentiment—was at the “maximum bearish” reading, the results showed, with recession anticipation among fund managers at its highest since May 2020.

Investors said they expected the Federal Reserve to hike interest rates by a further 150 basis points, and while many believed inflation was set to fall, BofA noted that the “mood [is] still ‘stagflationary.’”

Inflation hit a four-decade high in June. The Fed has raised its core interest rate in a bid to bring inflation under control, carrying out its biggest rate hike since 1994 last month.

Allocation of assets to equities hit the lowest level since October 2008, the survey revealed, with investors reporting that they were long on oil and commodities as well as cash and defensive stocks like consumer staples and healthcare.

Meanwhile, fund managers told BofA they were bearish on stocks in the utilities and banking sectors.

While investors felt the same on stocks across all regions, they were by far the most bearish on Eurozone stocks and less so on U.K. and U.S. equities.

As investors pivoted toward defensive positions, cash holdings reached their highest since 9/11, with the number of investors expecting global profits to deteriorate at an all-time high.

Inflation remaining high was named the biggest “tail risk” by those who responded to the survey, with a third of participants saying they regarded inflation as the biggest threat to the economy and their portfolio.

A global recession was seen as the second biggest threat, with a quarter of investors naming an economic downturn as the biggest risk, while hawkish central banks were named the third biggest risk.

Around 60% of investors said they were currently taking lower than normal levels of risk—more than the amount who said the same in the wake of the collapse of Lehman Brothers in 2008 and the global financial crisis.

It isn’t just investors who are pessimistic about the economy. Businesses, consumers, and top economists have been sounding the alarm about a looming recession in recent months.