Corporate board diversity quotas improve gender equity for lower-ranking women in the workforce too, according to new research 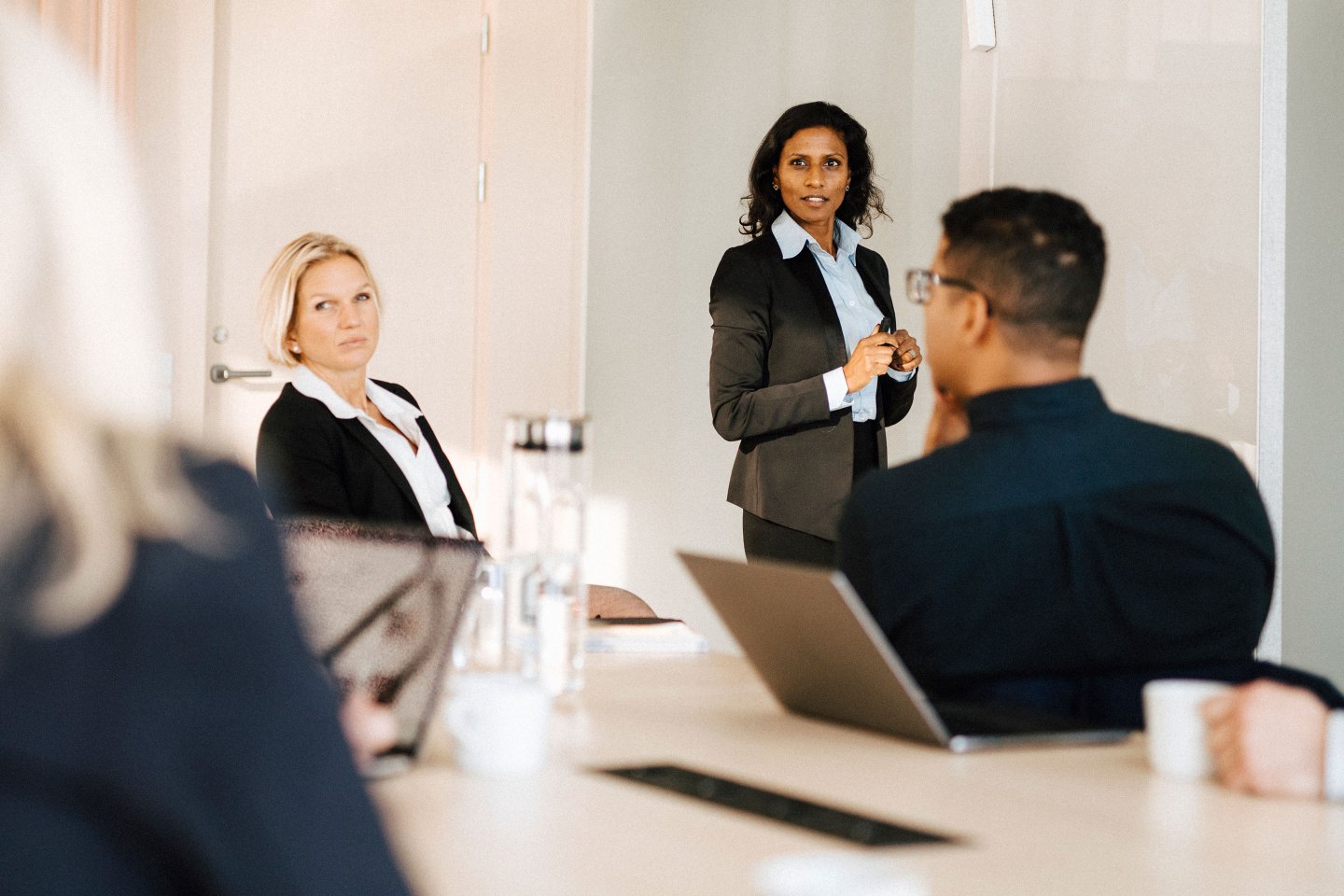 Board diversity quotas can have effects on all levels of the workforce, according to new research.
Getty Images

Good morning, Broadsheet readers! More U.S. lawmakers visit Taiwan, the Army is set to introduce its first uniform bra, and corporate board diversity quotas have an impact beyond the board. Have a productive Monday.

– Beyond the board. Advocates of quotas for gender and racial diversity on corporate boards of directors cite several justifications for their implementation, including improved shareholder returns and more responsible corporate governance.

But what about reforms that benefit workers whose daily roles are far removed from boardroom decision-making? A new paper by academics Ana Catalano Weeks of the University of Bath and Audrey Latura of Harvard finds that requirements to increase women’s representation at the top of the corporate hierarchy can have “downstream effects,” improving outcomes for women at all levels of the workforce.

The researchers studied more than 900 annual reports and sustainability reports from almost 100 companies in Italy and Greece; while the two countries have similar economies, Italy adopted a quota for public company boards in 2011 and Greece had no such law at the time. Their study found a 50% increase in overall attention to issues related to gender equality in Italian companies’ annual reports after the quota law, and no change in the same time frame for Greek businesses. Italian companies, required to represent women at their highest levels, began discussing issues like paid leave, childcare, and the gender pay gap more frequently.

“This research suggests that quota laws can have positive effects beyond the numbers of women added to top leadership roles,” says Weeks, who studies gender and politics.

Some of the impact on lower-level workers can be credited to high-ranking women who join an organization and make gender equality a priority. But that’s not the only reason businesses see change. “We posit that the quota law raises awareness of gender inequality among men and women in company leadership, changes existing perceptions about these issues, or creates fears of negative backlash or being left behind if firms do not address it,” the researchers write in their paper.

Corporate board rules still aren’t a quick fix to create gender-equitable workplaces. Some issues—like sexual harassment and assault—remain unaffected by greater representation of women at the highest levels. “These quotas aren’t a panacea for every issue,” says Latura, whose work focuses on employer benefits and women’s professional outcomes.

Still, as quotas face hurdles in the U.S.—with California’s racial and gender board diversity laws struck down—this new research shows the consequences of losing such laws extend far beyond boards themselves.

- Read all about it. Since the initial leak of the Supreme Court decision that later overturned Roe v. Wade, readers have flocked to women's media publications. The site Jezebel says its traffic is up 18% since May, while New York Magazine's The Cut says interest in abortion-related coverage increased "nearly threefold." New York Times

- Anne Heche, remembered. The actor Anne Heche died at 53 of a brain injury and severe burns after crashing her car into a home in California. She was kept on life support until a donor recipient for her organs could be found. As an actor, Heche was "an idiosyncratic presence who never quite seemed to fit into cookie-cutter blockbusters," this tribute reflects.

- Full support. For the first time, U.S. Army uniforms will include an official uniform bra. With the design, the Army aims to reduce the "cognitive burden on the female soldier caused by discomfort and ill fit." Previously, soldiers had to purchase from a limited selection of bras not designed for the physical activity of Army training or service and had their preferred styles confiscated as part of their personal belongings. Washington Post

- Wonder of a valuation. Wondermind, the mental health startup cofounded by Selena Gomez, has a $100 million valuation after a $5 million funding round led by Serena Williams's Serena Ventures. Lightspeed Venture Partners and Sequoia Capital are also investors in the company. Gomez founded the company alongside her mother Mandy Teefey and entrepreneur Daniella Pierson. Bloomberg

- Play time. Sue Bird is in the last weeks of her athletic career, planning to retire from the WNBA at the end of this year's season. The 41-year-old basketball star reflects on the top moments from her decades on the court, relying on her "Rain Man brain" to recall her favorite assist (she leads the league in career assists) and more plays. New York Times

- Talc is out. Johnson & Johnson will stop selling talc-based baby powder globally in 2023. The product is at the center of lawsuits alleging that women developed ovarian cancer after using it. The company stopped selling talc products in the U.S. in 2020 but continues to maintain the product is safe and does not cause cancer. CNN

If Serena Williams can't have it all, who can? Romper

The pain that is unlike all other pain The Atlantic

"We realized that this was something that needed to be told. The fact that we were able to get it done is an accomplishment unto itself."