The Inflation Reduction Act should have closed this tax loophole for the rich. Here’s the real cost of Sen. Sinema’s decisive vote 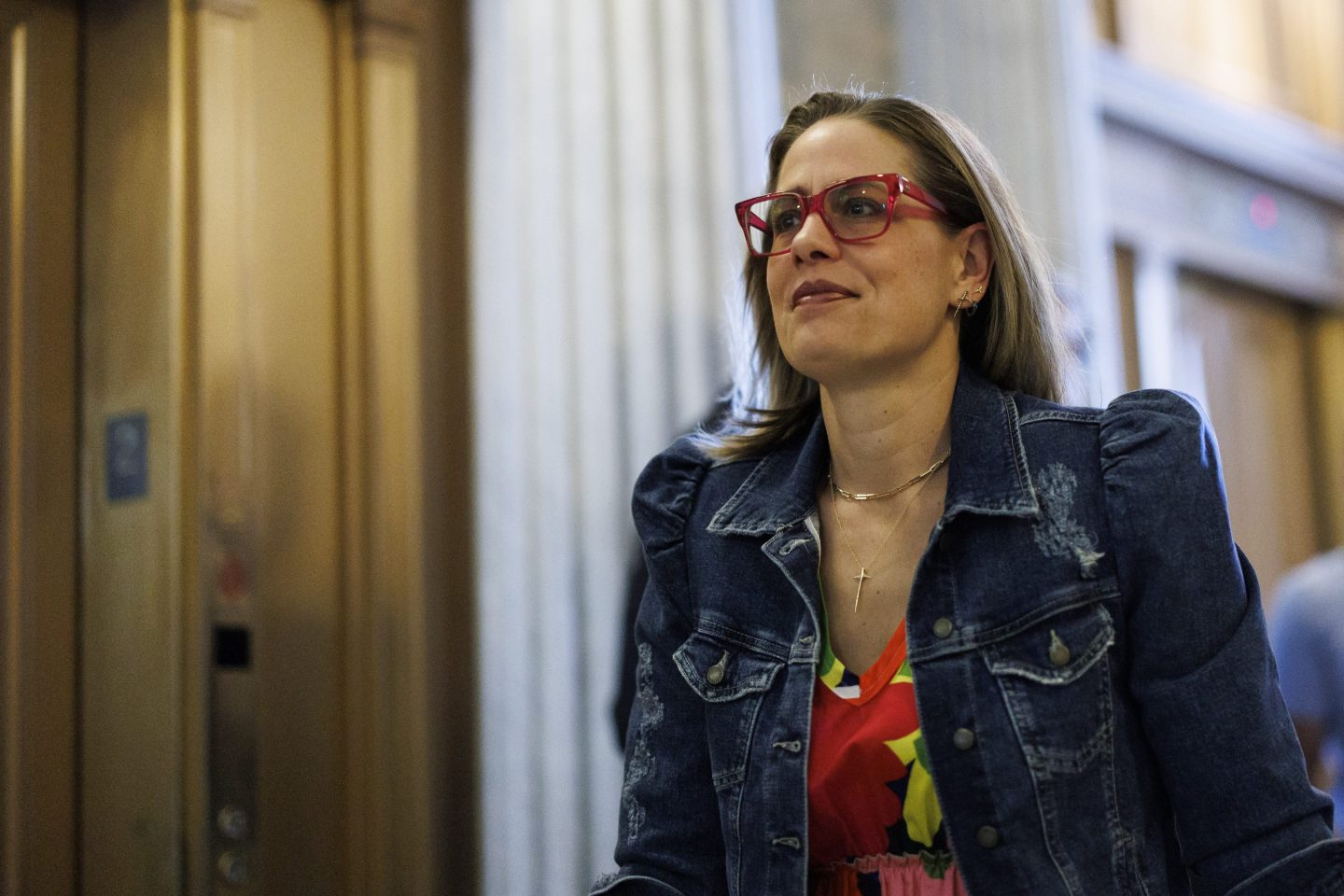 On Sunday, Senate Majority Leader Chuck Schumer and Sen. Joe Manchin struck a deal with Arizona Sen. Kyrsten Sinema to pass the Inflation Reduction Act of 2022. The deal came with a special compromise to appease Sinema: All provisions on the carried interest loophole—private equity’s favorite tax-dodging technique–had to be dropped.

Currently, and now for the foreseeable future, private equity fund managers can classify some of their income from fees paid by clients who have held assets for at least three years as capital gains (which have a 20% top marginal tax rate) rather than ordinary income (which has a top marginal tax rate of 37%). This loophole allows these fund managers to pay lower tax rates on their income than their assistants, the custodians that clean their offices, and almost every working American.

After seeing the originally proposed changes to the so-called carried interest loophole, private equity industry executives went on the offensive. They claimed closing the loophole would spell disaster for jobs, small businesses, investors, and even Western civilization.

The proposed change was hardly earth-shattering. Rather than fully close the egregious loophole, the previous version of the Inflation Reduction Act would have simply increased the required three-year holding period to five years.

Recent polling shows that most Americans support higher taxes for the rich, including more than two-thirds of Arizonans in Sinema’s home state. A majority of Arizonans voted to raise taxes on the wealthy last year as part of Proposition 208. And it’s not just working-class Americans: Research shows that over 60% of individuals worth $1 million or more support higher wealth taxes.

In a letter to shareholders, JPMorgan Chase CEO Jamie Dimon came out against the carried interest loophole, calling it “another example of institutional bias and favoritism toward special interest groups.” Recently, Manchin said that fund managers “can’t justify it anymore.” Even former President Donald Trump has decried the loophole by saying fund managers were “getting away with murder” by using it.

With most Americans across the political and socioeconomic spectrum, influential business leaders, and even the likes of Manchin and Trump coming out against the carried interest loophole, one must wonder why Sinema opposes closing it. She has received over half a million dollars from the industry this election cycle alone. Only time will tell whether her constituents will hold her accountable for prioritizing the interests of her wealthy donors over policies that hardworking Americans—not to mention the planet she used to champion as a member of the Green Party—desperately need.

Refusing to support closing the carried interest loophole isn’t just a moral failure—it’s an economic failure as well. Sinema has claimed that private equity investors “provide billions of dollars each year to Main Street businesses,” but she’s missing the point: Changes to carried interest would only affect the tax rates private equity managers pay. Investors would be unaffected.

If Sinema was concerned with helping Main Street businesses, she should focus on reports from other sources that closing the carried interest loophole could raise $180 billion over 10 years. That’s $180 billion that we could use to support vulnerable Americans and invest in America’s future.

As supporters of the Inflation Reduction Act celebrate its passage, it’s important to remember what Sinema’s decisive vote cost.

Morris Pearl is a former managing director of BlackRock, chair of the Patriotic Millionaires, and coauthor of Tax the Rich! How Lies, Loopholes, and Lobbyists Make the Rich Even Richer.