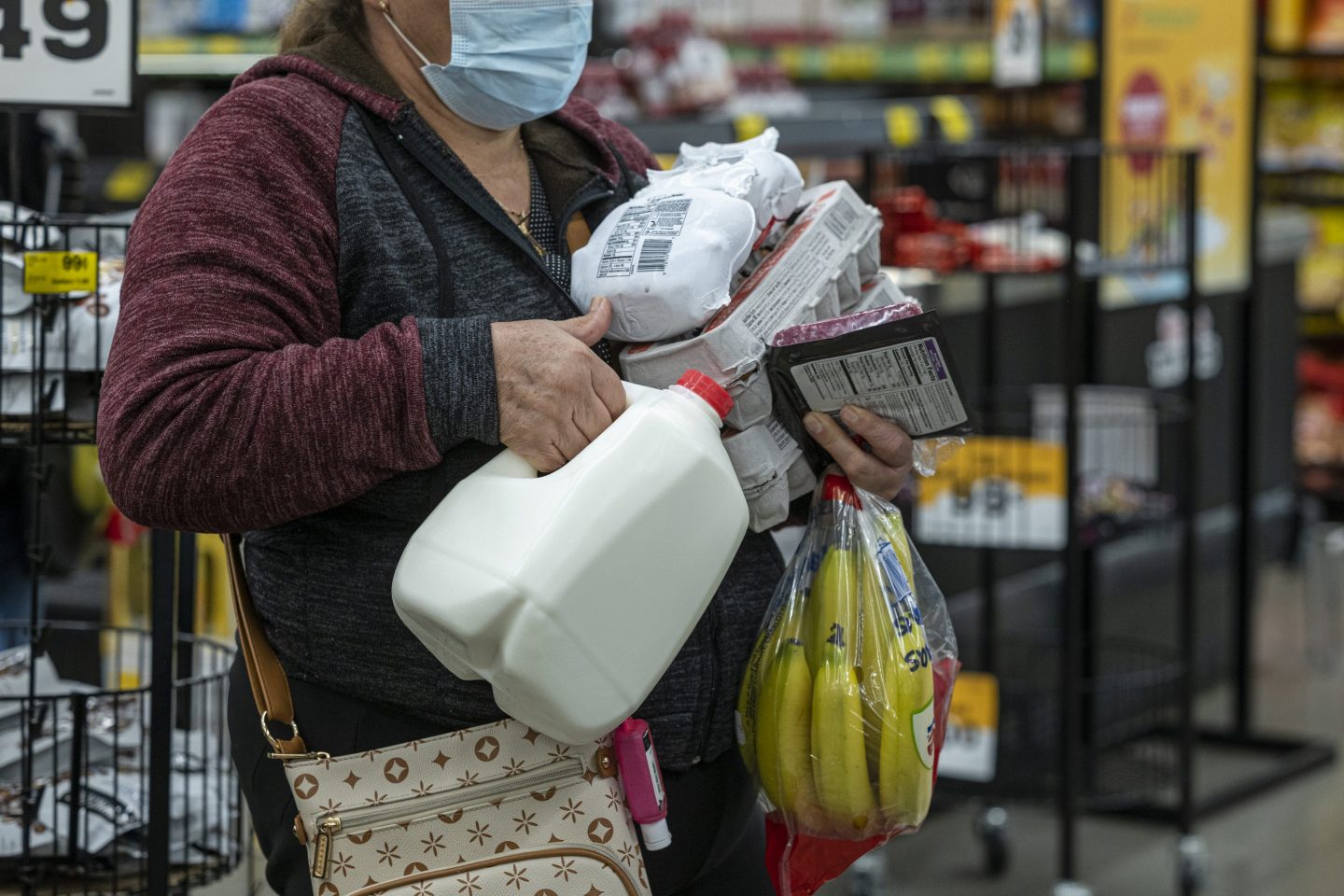 Americans are coping with a higher cost of living by dipping into their savings, a new survey finds.

On average, Americans withdrew around $617 from their savings account from the beginning of January through the end of June 2022 to cover everyday costs like groceries and gas bills, according to New York Life’s Wealth Watch Survey.

New York Life polled over 2,000 Americans about their current short- and long-term financial goals, their progress toward these goals, and overall feelings of financial security in June 2022.

The findings are in line with recent data from the U.S. Bureau of Economic Analysis, which has found savings balances and savings rates are in free fall since reaching record highs during the first two years of the COVID-19 pandemic.

Almost 40% of Americans are worried about their ability to pay for groceries, and over a third are concerned they won’t be able to pay their monthly bills, the survey found. That’s for a good reason: The cost of groceries increased over 12.2% from a year ago, according to the U.S. Bureau of Labor Statistics.

“The financial picture for many Americans has changed significantly since the start of the year, and we’re seeing the positive expectations many Americans held about their finances heading into 2022 start to fade,” says Aaron Ball, senior vice president at New York Life.

Fading even faster is Americans’ hope about their finances, which decreased by 11% from January 2022, per the study. Over 20% of Generation Zers and millennials feel particularly hopeless about their ability to afford long-term financial goals, like purchasing a home.

Unable to plan for the distant future, Americans are shifting a focus toward the now. The study found that 65% of respondents are concerned about inflation’s impact on their finances and more than a third are worried about being able to afford health care.

To combat inflation, Americans are eating out less often, traveling less, and attending fewer events like social gatherings and concerts. “Americans are certainly factoring the economic environment into their short-term financial strategies by cutting back on discretionary spending,” says Ball.

Also concerning: 32% of respondents admitted they have not been contributing to their retirement funds. This penny-pinching strategy is not supported by most financial advisers, and as the study finds, fewer Americans are confident in their ability to afford their full retirement.

That said, not all is bad. The study also found that 59% of Americans have continued to reach financial goals, such as paying off debt or contributing to their emergency savings, even amid soaring prices.