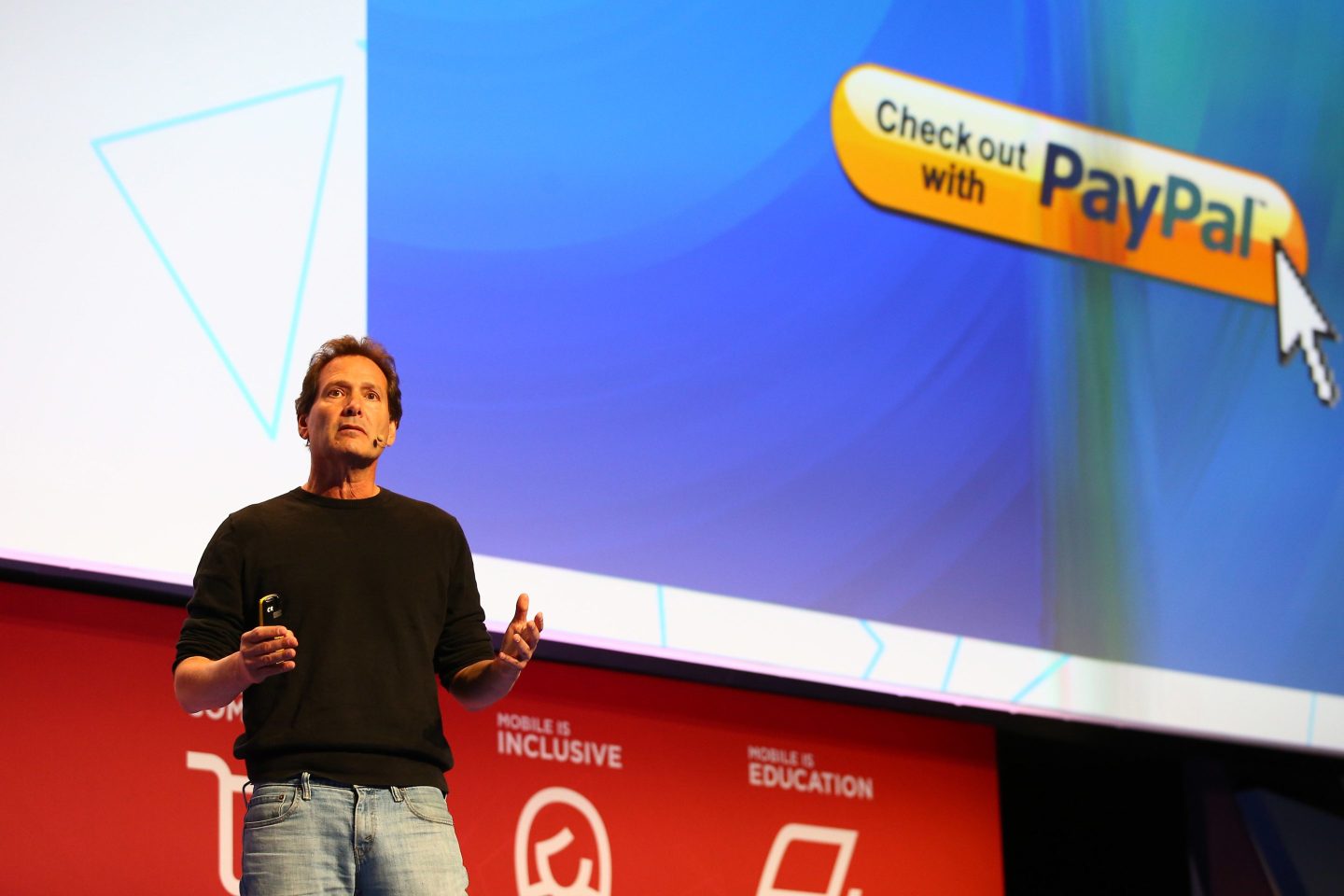 PayPal CEO Dan Schulman said the company was focused on several branches of the business, including its checkout core business and digital wallets, but did not mention cryptocurrency during the company’s second-quarter earnings call.
AOP.Press/Corbis—Getty Images

PayPal went all in on crypto in 2021, building a wallet and touting big plans for both its Venmo and core payments unit. But the company was conspicuously quiet about crypto on Tuesday—barely mentioning the technology during its second-quarter earnings call.

The earnings announcement was largely upbeat on news of a $15 billion stock buyback program and that activist investor Elliott Investment Management was now one of its biggest shareholders. Those developments, along with PayPal exceeding analyst expectations, saw the share price shoot up 14% in after-hours trading.

This was a welcome turnaround for shareholders as the company, struggling to maintain the momentum it enjoyed during the pandemic, had lost 54% of its stock value since the start of the year.

PayPal’s Tuesday earnings call also noted the appointment of a new chief financial officer, but crypto was relegated to the background. In a news release, the company did say it had launched crypto transfers between PayPal and other wallets and exchanges, and added no-fee send and receive options for family and friends on PayPal in the U.S.

Instead of expounding on the company’s crypto strategy, CEO Dan Schulman merely said on the earnings call that “digital wallets are the future,” adding that the company is doubling down in this area of the business, which was first introduced in 2021.

“We’re seeing some, really quite a bit of adoption, quite a bit of churn reduction for those who come in. So we’ll continue to invest there,” he said.

Despite the lack of mention, a spokesperson for PayPal said that the company’s stance on crypto hasn’t changed.

“Crypto continues to be a strategic priority for PayPal and was mentioned in the Strategic Initiatives & Business Updates section of our release as such,” the spokesperson told Fortune in an email.

The emphasis on digital wallets is one of three things that have taken priority as PayPal has cut back in some areas like marketing and headcount and narrowed its focus—as Schulman emphasized on the earnings call. Besides digital wallets, Schulman also highlighted two other areas of the business as priorities: checkout, the core of PayPal’s business, and Braintree, which enables merchants to customize their shopping carts and integrate them with their own platforms.

Schulman also said the company was pulling back in other areas, including a plan to offer stock trading on its platform that CNBC reported the company was exploring last year. The company created a division called Invest at PayPal in 2021 to spearhead the effort, according to CNBC, but on Tuesday, Schulman said PayPal had changed its focus.

“We were going to focus on Invest this year, like stock trading, that kind of thing. We’re not going to do that,” Schulman said. “We have reallocated those headcount into checkout; we’ve also been able to reduce headcount. We don’t have the same regulatory footprint that we thought we might have.”

Although PayPal has reaffirmed its commitment to crypto for now, it’s unclear whether the company’s shifting priorities and pressure from activist investor Elliott will change things for crypto in the future.

PayPal reported second-quarter revenue of $6.8 billion on Tuesday, slightly more than the $6.78 billion analysts expected, according to FactSet. It also came in at $0.93 per share, exceeding the $0.87 that analysts expected. As of Wednesday, PayPal stock was up about 9.7% at $98.40.