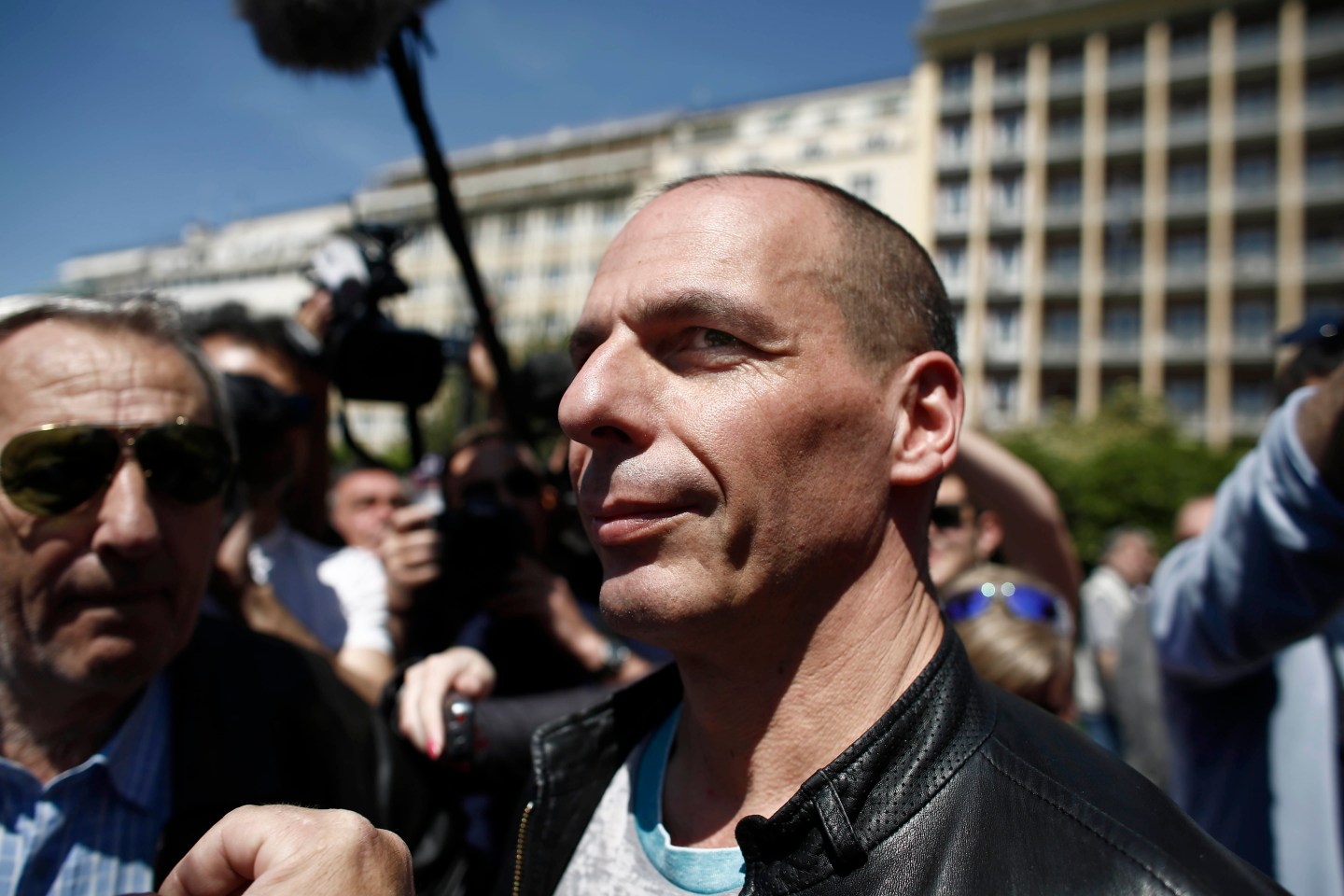 Known for sporting a leather jacket in meetings with foreign dignitaries during his brief stint as Greece’s finance minister in 2015, Yanis Varoufakis has become a bit of a rebel in economic circles.

A member of Greece’s Hellenic Parliament and founder of the left-wing European Realistic Disobedience Front, or MeRA25 party, Varoufakis hasn’t historically pulled any punches when it comes to his scathing criticism of fellow economists and politicians, and his most recent article is no exception.

The author of Adults in the Room: My Battle With the European and American Deep Establishment and currently an economics professor at the University of Athens, Varoufakis continued his long-running critique of austerity in a Project Syndicate op-ed published over the weekend, and added a new argument about the inflation that has shocked the world in 2022.

Central banks have given corporations a type of “lavish socialism” since the 2008 financial crisis, Varoufakis wrote, while workers have been stuck with “harsh austerity,” and the highest inflation in 40 years is just the latest twist.

The economist’s argument is based on the idea that corporations have led a “half-century–long power play” to boost their stock prices, creating unsustainable business models and fragile global supply chains along the way. But it’s all gone wrong in recent years, and workers have been left to clean up the mess.

Before the great crisis of 2008, he said, U.S. corporations used “pyramids of private money” from cheap and plentiful imports and consistent foreign investment to create a “labyrinth” of global just-in-time supply chains instead of focusing on increasing productivity.

Then, when the 2008 financial crisis hit, the pyramid collapsed and central banks were forced to step in and save the day. Interest rates were slashed to near-zero and many central banks began a somewhat controversial policy known as quantitative easing—which involves central banks buying government bonds and mortgage-backed securities in hopes of increasing the money supply and spurring lending and investment.

But while corporations were being saved by central bank policies and federal government bailouts, workers were left to fend for themselves.

“Governments were cutting public expenditure, jobs, and services. It was nothing short of lavish socialism for capital and harsh austerity for labor,” Varoufakis says. “Wages shrunk, and prices and profits were stagnant, but the price of assets purchased by the rich (and thus their wealth) skyrocketed. Thus…capitalists became both richer and more reliant on central-bank money than ever.”

Wealth “triumphed” in real estate and equity markets in this era of government and central bank support, but Varoufakis says asset prices quickly became divorced from the real economy. Then the pandemic hit, and the flows of cash that had allowed corporations to flourish over the past decade were suddenly redirected to consumers.

“Western governments were forced to channel some of the new rivers of central-bank money to the locked-down masses within economies that, over the decades, had depleted their capacity to produce stuff and were now facing busted supply chains to boot,” he said.

When consumers spent some of the money they were given by the federal government via stimulus checks, suppliers couldn’t keep pace with the new demand, leading inflation to rise—and corporations, the war in Ukraine, and COVID-19 lockdowns only added to the problem.

“Corporations with great paper wealth responded by exploiting their immense market power (yielded by their shrunken productive capacity) to push prices through the roof,” he said.

Still, Varoufakis argued that we aren’t seeing a wage-price spiral in the U.S., where workers asking for pay increases to preserve their income amid inflation end up increasing costs for companies, which in turn increase their prices to compensate. The lack of a wage-price spiral means central banks shouldn’t be asking workers to “take one for the team” and go without wage increases.

“Today, demanding that workers forgo wage gains is absurd. All the evidence suggests that, unlike in the 1970s, wages are rising much more slowly than prices, and yet the increase in prices is not just continuing but accelerating,” Varoufakis said.

Still, the inflation problem means Western governments and central banks are faced with a tough decision, Varoufakis argues: “Push conglomerates and even states into cascading bankruptcies, or allow inflation to go unchecked.”

The economist didn’t describe what he believes central bank officials will choose, but he argued the end results are unlikely to be appealing to the masses.

“So, what happens now? Probably nothing good,” he said. “To stabilize the economy, the authorities first need to end the exorbitant power bestowed upon the very few by a political process of paper wealth and cheap debt creation. But the few will not surrender power without a struggle, even if it means going down in flames with society in tow.”