Federal Reserve official isn’t interested in whether or not the U.S. is in a recession right now 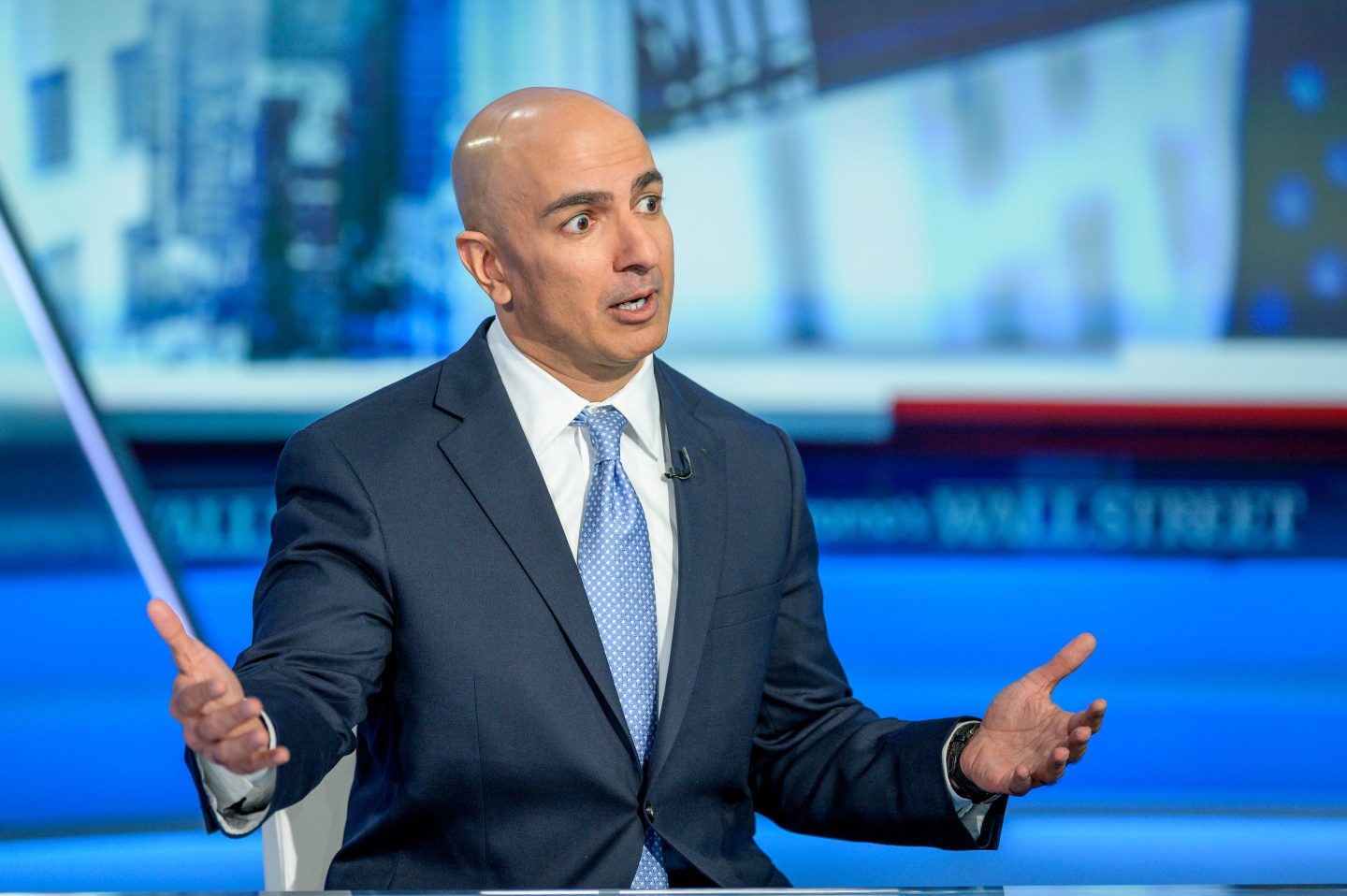 When news hit last week that the U.S. economy had shrunk for the second consecutive quarter, everyone began asking the question: Is the country officially in a recession?

It’s complicated, experts say, as the economic alarm bells start ringing. The official arbiter that decides when a recession starts and ends in the U.S. has a history of taking a long time to announce it, taking into account many factors in the economy.

But as far as the Federal Reserve is concerned, whether or not the U.S. is in a recession right now simply doesn’t matter, as the central bank continues its laser-focused efforts to tackle a more immediate problem: runaway inflation and soaring prices for everything from fuel to groceries.

“Whether we are technically in a recession or not doesn’t change my analysis,” Neel Kashkari, president of the Federal Reserve Bank of Minneapolis, told CBS’s Face the Nation on Sunday.

“I’m focused on the inflation data,” he added.

‘Committed to bringing inflation down’

Inflation in the U.S. is currently running at an annual rate of 9.1%, the highest it has been in 40 years.

Prices have soared for common everyday items, with hikes on gasoline, housing, and food products leading the pack. Rising prices are quickly becoming the biggest concern for most Americans, and inflation is thought to have played a significant part in President Biden’s plummeting approval ratings this year.

With inflation at the forefront of most Americans’ concern, the pressure is on at the Federal Reserve—the country’s central bank and deviser of monetary policy—to fix the problem.

The bank has already raised borrowing rates four times this year alone in an attempt to slow down economic activity and stabilize prices, and its work is far from over.

“So far, inflation continues to surprise us to the upside,” Kashkari said.

“We are committed to bringing inflation down and we’re going to do what we need to do. And we’re a long way away from achieving an economy that is back at 2% inflation, and that’s where we need to get to,” he added, referring to the target 2% inflation rate that the Fed has long considered to be ideal.

Inflation and recessions are very different economic circumstances, with the former marked by high prices and rising cost of living, and the latter defined by a slowdown in economic activity and—usually—a rise in unemployment.

But while the two are distinct, they are also intrinsically related.

If the Fed becomes too ambitious in fighting inflation and raises interest rates too aggressively, the economy could eventually grind to a halt, stall, and start contracting, triggering a recession.

The risk is real, and many economists and market watchers are concerned that the Fed’s combative strategy will inevitably tip the economy into a recession, possibly a severe one.

And while the Fed is certainly thinking about how to avoid a recession, fighting inflation remains the top priority.

“We don’t want to see the economy overheating. We would love it if we can transition to a sustainable economy without tipping the economy into recession,” Kashkari said, but added that rising chances of a recession do little to change the fact that the Fed has “its own work to do” concerning inflation.

Kashkari does see some encouraging signs that a recession, or at least a severe one, can still be avoided, citing the economy’s strong recent job numbers, which show that the high unemployment commonly seen during recessions has yet to hit the U.S. economy.

But not all sectors have been able to retain jobs amid an increasingly cloudy macroeconomic picture.

Kashkari noted that the tech sector, in particular, has seen waves of layoffs over the past few months, a phenomenon that could be a canary in the coal mine for a larger market downturn further down the line.

Kashkari’s views on the likelihood of a recession are shared by the Federal Reserve’s top brass.

Last week, shortly before the latest GDP numbers were released and after the bank had announced the latest spate of interest rate hikes, Fed Chair Jerome Powell said that they would have little bearing on the chances of a recession.

“You tend to take first GDP reports with a grain of salt,” he said, adding that he does not think the U.S. is currently in a recession.

“The reason is,” he said, “there are just too many areas of the economy performing too well. I would point to the labor market in particular.”