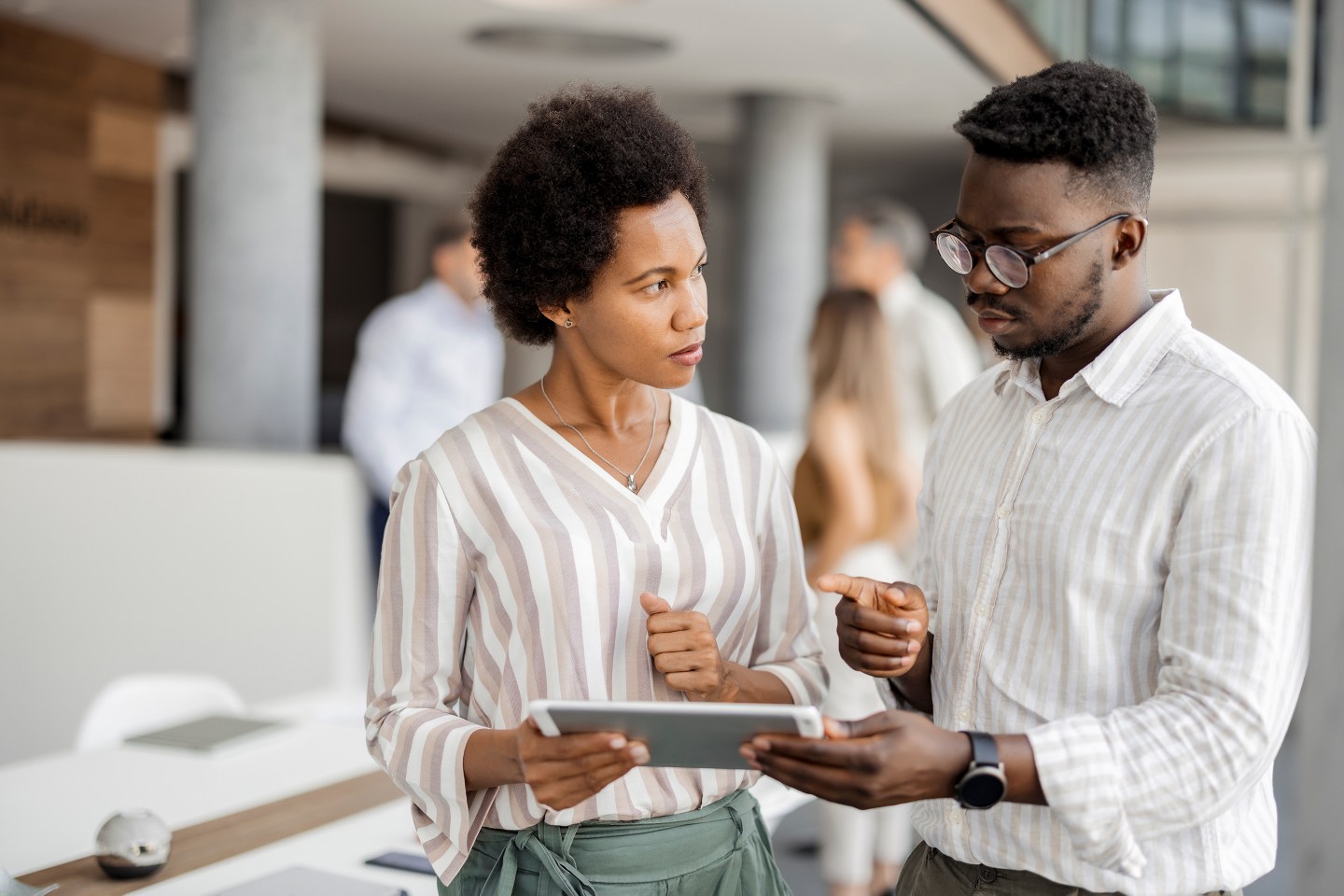 HR experts caution leaders to keep a close eye on the already stubborn wage gap during this time.
Getty Images

Welcome to a special afternoon edition of The Broadsheet! Amber Burton here, lead writer for Fortune’s soon-to-launch CHRO Daily newsletter. Today, I’ll be filling in for Emma and exploring how inflation could exacerbate the gender wage gap. Sign up for my newsletter here for the latest HR-related insights.

Here’s what’s on tap: Asia’s richest woman lost half her fortune, Mayim Balik will stay on as Jeopardy! cohost, and high inflation could worsen efforts to close the gender wage gap.

Microsoft and Walmart are among the corporations that have announced inflation-induced pay bumps, and a growing share of workers say they have or plan to request higher salaries. Some HR experts, however, caution leaders to keep a close eye on the already stubborn gender wage gap during this time.

U.S. inflation hit 9.1% in June, a new 40-year peak. Add in fears of a looming recession and employee demands for higher wages, and you’re left with the potential for regression, Rikleen says. The pay gap between men and women in the U.S. was 22.1% last year, according to the Economic Policy Institute. That’s down from 23% in 2020.

While economists say inflation’s impact on women and, consequently, the wage gap has yet to be established, leaders are still on high alert for any adverse effects.

Now is a good time for HR heads to check that their compensation systems support and promote pay equity for all employees, Rikleen says, so that the progress companies have made isn’t lost based on who steps into the negotiation room. “I always say that the issue is not fixing women and how women respond in the workplace. The issue is fixing the workplace and making sure there are systems in place that provide parity.”

“This is a second headwind for closing the gender pay gap after the pandemic, which already set us back in terms of making progress, as women opted out of the of the workforce or downshifted the acceleration of their careers in order to devote more hours to care at home,” Kennedy says.

To ward off that possibility, some companies are doubling down on pre-existing strategies. Lori Castillo Martinez, executive vice president and chief equality officer at Salesforce, says the cloud-based software company is incorporating an equal pay assessment into its annual compensation process to identify and adjust any gender discrepancies globally.

“This is a constantly moving target, and there will always be more work to do to ensure pay fairness,” she says.

Across sectors, more companies are experimenting with other incentives, such as providing workers with gas cards, expanding commuter benefits and green lighting remote or hybrid work, says Daniel Zhao, a senior economist at Glassdoor. But Rikleen points out that compensation is the only thing that can shrink the wage gap.

“[Benefits] don’t solve that problem,” she says. “It still leaves women statistically far behind men, and one of the problems with the notion of trying to solve the wage gap through means other than more money in your paycheck is that it perpetuates the wage gap throughout your life.”

- Down the drain. China’s mortgage boycott crisis is hitting the pockets of Asia’s richest woman. Chinese property developer and Country Garden Holdings cochair Yang Huiyan has lost half of her $24 billion fortune this year as furious buyers refuse to pay their mortgages on unfinished and delayed homes. While Country Garden hasn’t been hit by boycotts directly, it announced plans on Wednesday to raise $361 million through a share sale, spooking investors and suggesting the company— long believed to be solid amid the chaos—was also suffering. Bloomberg

- Winter fund.  There may be a freezing crypto winter right now, but one early stage crypto fund views this downturn as a prime investment opportunity. Variant, cofounded by Li Jin, recently raised $450 million for its third fund. While the cofounders admit their fund size dwarfs in comparison to that of crypto giants like Andreessen Horowitz or Paradigm, they believe they can set themselves apart with their unique investment focus on user experience and ownership. “We feel like in the next three to five years, we’re going to see a wave of really high quality projects that then drive us towards mainstream [crypto] adoption,” Jin tells Fortune’s Taylor Locke. Fortune

- Sharing details. Sports retailer Nike will release data on the recruitment and promotion rate of underrepresented groups by the end of 2024. Activist investor group As You Sow secured one-third of Nike shareholder approval last year for a proxy proposal requesting the data's release. The group plans to introduce another proposal in September. Nike is the latest company to bow to activist pressure for more diversity data, which was previously only disclosed to the EEOC in annual reports. Bloomberg

- Expanded ventures. Babbel, a Berlin-based online language learning service, is eyeing state-side growth. The company amassed 1 million subscriptions in the U.S. in the first half of the year and is turning to B2B offerings in search of new revenue growth. U.S. CEO Julie Hansen, who joined the company from Business Insider in 2017, says Babbel is seeing interest from a number of companies, including several MLB teams. While its business offerings will only amount to 6% of revenue for 2022, it expects future growth. TechCrunch

- Hosting duties. Big Bang Theory star Mayim Balik is officially staying on as cohost of Jeopardy!, along with Ken Jennings. Balik stepped in as a cohost in 2021 following the death of longtime host Alex Trebek in late 2020. She will host Celebrity Jeopardy! and begin hosting the main show for a period of time starting January, while balancing those duties with her current role in the FOX sitcom Call Me Kat. CNN

- Sesame Place lawsuit. A Maryland family is suing the owner of a Sesame Street-themed park for $25 million, alleging that performers ignored their five-year-old Black daughter and other Black guests. The plaintiffs are also asking SeaWorld Parks and Entertainment, the owner of Sesame Place, to mandate cultural sensitivity training and classes on the history of discrimination. The park previously apologized for similar allegations stemming from a viral video and said it would conduct trainings for its employees. NBC News

- Celeb jet use. Social media was in an uproar last week after it was revealed that reality star and billionaire Kylie Jenner frequently takes flights that could easily be a car ride instead (one such trip was a 17-minute, 41-mile flight from Camarillo, Calif., to Van Nuys, Calif.). While the anger directed at Jenner is widespread, she isn’t the only billionaire to take needlessly short and high-emission flights. Tesla CEO Elon Musk often takes private jet flights as short as five minutes–and even went as far as to offer $5,000 to a teenager tracking his trips on Twitter. Fortune

“Physicians who provide abortion have been harassed, they have been murdered… Because of that, they’ve had to be silent to protect their families, and it’s created an idea that we’re doing something wrong or something illegal. And we’re not. And I feel compelled to say that.”

-Dr. Caitlin Bernard, an Indiana-based OBGYN who is being investigated for providing an abortion to a 10-year-old from Ohio.