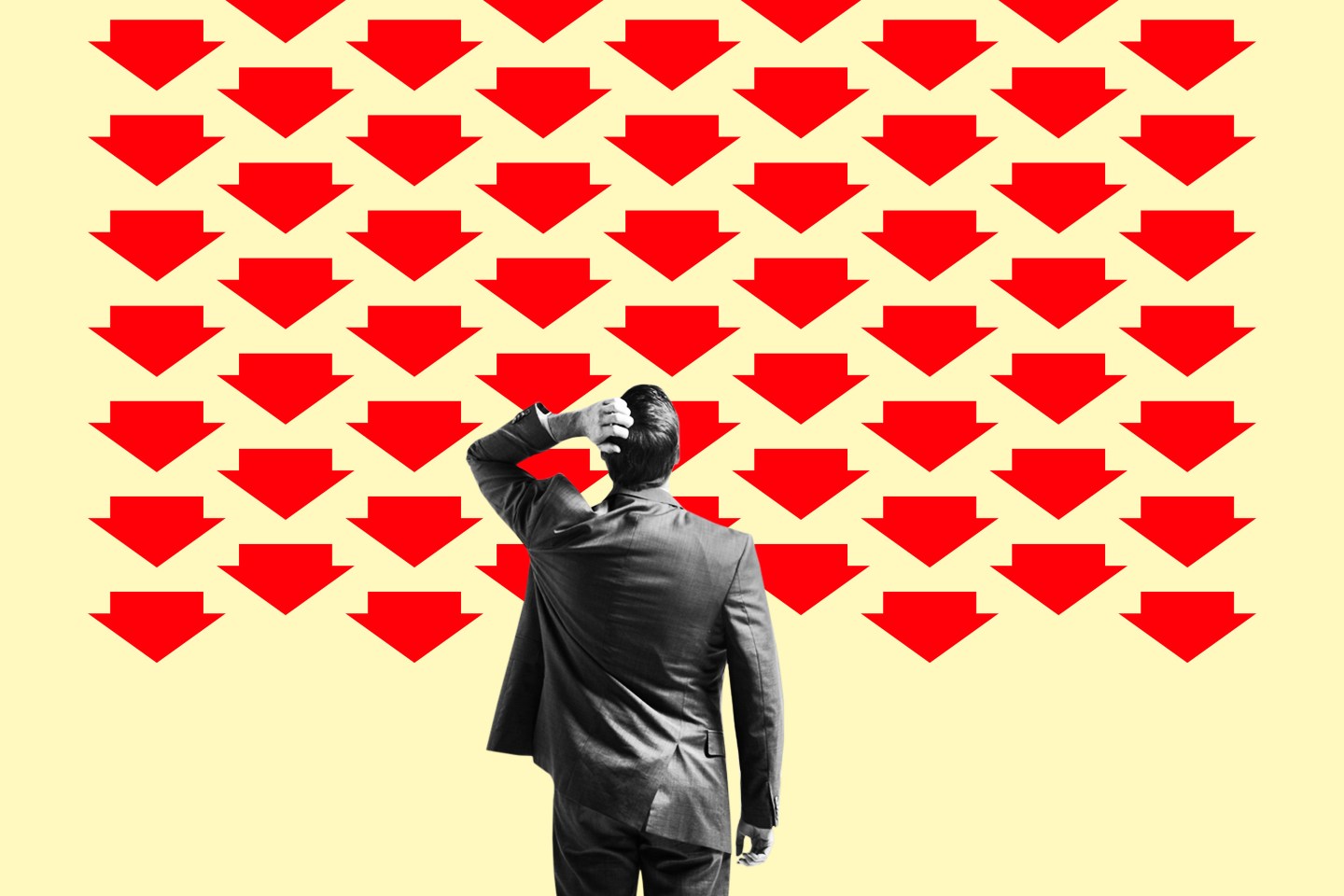 CEOs can look to 2008 for lessons on navigating the challenges of an economic downturn—and how to prepare for one.
Photo illustration by Fortune; Original photo by Getty Images

The 2008 financial crisis rocked the global economy, sending the U.S. housing and stock market on a downward spiral, and wiping out nearly 9 million jobs. With economists predicting another recession, CEOs can look to 2008 for lessons on navigating the myriad business challenges of an economic downturn—and how to prepare for one.

“A recession is a recession is a recession,” says Raj Sharma, vice chair of consulting at EY Americas. But there are stark differences between 2008 and the potential oncoming recession. During the Great Recession in 2008, companies struggled to remain liquid as the stock and housing market crashed. This time around, three distinct factors characterize the looming recession: pandemic-driven supply chain disruptions, an energy crisis begot by the war in Ukraine, and inflation.

“You’re getting prepared a lot easier if you have access to and appreciation for those underlying economic factors,” Sharma says. “That leads to the cure.”

Already, companies are using the vast amount of data available to them to monitor their inventory levels and better identify potential bottlenecks in their supply chain. They’re also scrutinzing their balance sheets to ensure they have enough of a cushion to absorb “negative shocks” from oil and gas price spikes; namely, increased operating costs. And they’re incorporating rising inflation into how they price their goods and services, and assessing its impact on their employment costs, primarily labor.

Another defining characteristic of the incoming recession, in contrast to 2008, is pent-up demand from pandemic-weary consumers. High spending may continue well into the earlier stages of the next economic downturn, according to Amit Seru, a professor at the Stanford Graduate School of Business.

But while deferred consumer spending could offer companies a smoother entry into the recession, consumers will eventually reduce spending, which could extend the economic downturn, says Seru.

Also of note, American households are not carrying as much debt compared to 2008 so they’ll likely be more insulated from the drastic savings losses seen in 2007 when the housing market crashed. In theory, this means that while belts will tighten, they will only tighten a notch or two.

CEOs must be aware of consumer spending habits in order to properly evaluate the level of demand for their products and services. Firms will need cash on hand to ride out a potential recession once consumption inevitably contracts.  “Plan accordingly,” Seru says.

Corporate leaders should also reevaluate their firm’s capital expenditure plan, which includes long-term investments and expenses. But Sharma warns that companies shouldn’t sacrifice strategic initiatives meant to future-proof their business in an effort to cut costs in the short-term.

“If you continue to cut down your spending on the transformation agenda and the technology agenda, you won’t be able to deal with the future of the workforce, the ability to have remote work, and ability to have new products [in the marketplace],” he says. “So even if you come out of the recession, you will have a very different issue to deal with.”

Continuing to invest in technology and talent management can help companies stay on track to achieve long term objectives they may already have in place without sacrificing productivity.

Firms have far more data at their fingertips than they did in 2008, providing them with real-time information and insight across the supply chain pipeline, for instance, such as procurement, warehousing, and demand planning.

On the talent front, the biggest lesson from the 2008 recession is to avoid “mass scale layoffs” because because they carry higher costs in the long-term, including lower employee morale and engagement, compared to the short-term savings of a diminished payroll.

While companies have announced layoffs and hiring freezes in recent months, those that explore other options and avoid indiscriminate personnel cuts ​​will not only fare better once the recession eases but are more likely to have a more engaged workforce during a period of economic distress.

“All these factors were applicable in 2008,” Sharma says. Firms that properly assessed which elements of their strategic roadmap were imperative to long-term health emerged from the last financial crisis “much stronger, came out of it much leaner, and had a trajectory and record growth rates for the next 13 to 14 years.”