Layoffs are usually a sign of bad leadership. Here are alternatives to workforce reduction 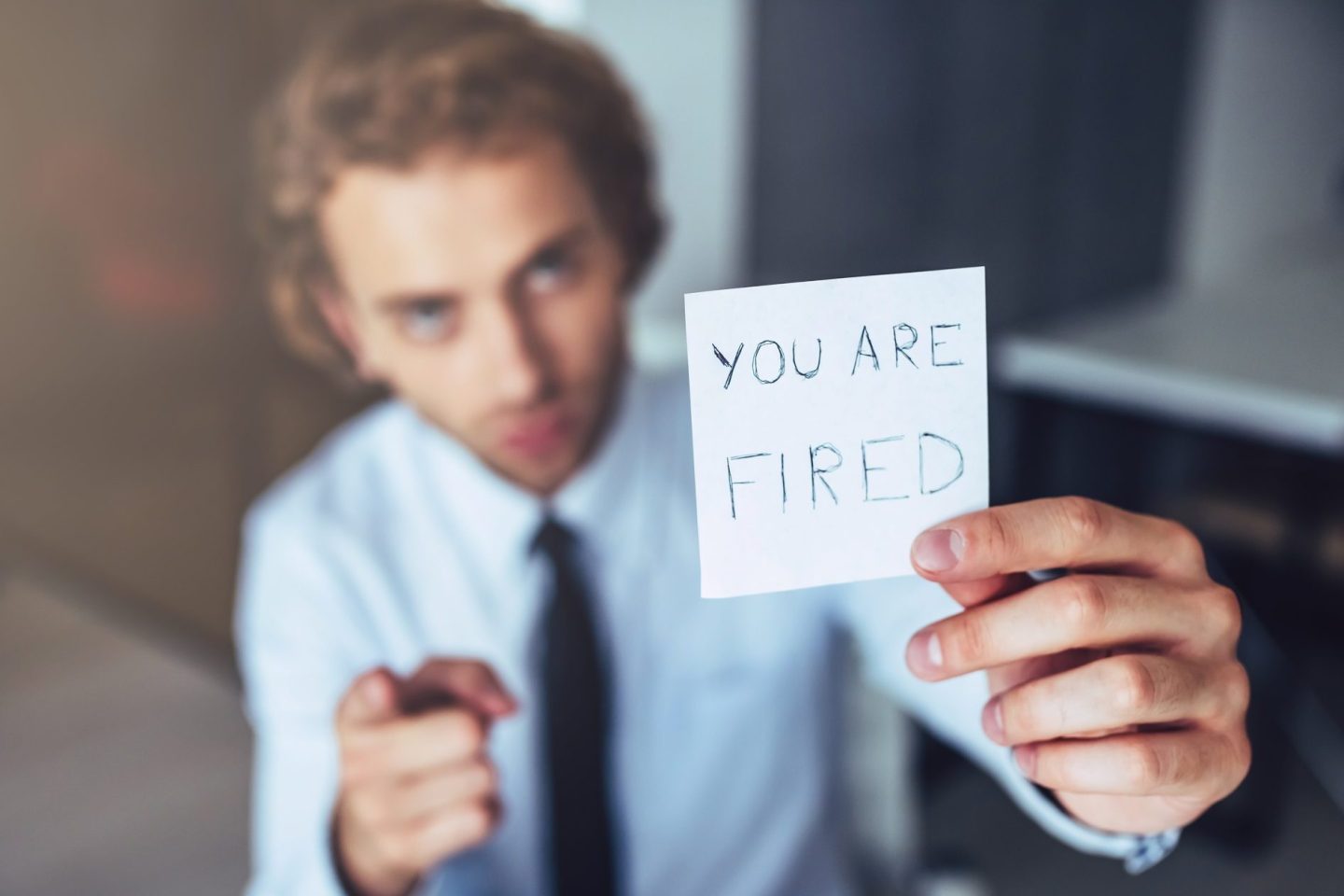 Business leaders should take extra care to avoid layoffs in the near future, or risk hurting their long-term prospects.
Getty Images

With many analysts predicting that a recession is around the corner, companies will be looking to cut costs in the coming months. Layoffs are a common cost-cutting strategy, and in industries like finance and tech, they’ve already begun. Management experts, however, caution that layoffs come with hidden costs, including tarnishing a company’s reputation. For this reason, it’s important to consider other options before handing out pink slips.

“Layoffs are never good for employee morale,” says Hardik Sheth, who leads Boston Consulting Group’s Center for CFO Excellence. “Even while employees understand the possibility and the practicality behind that move, it does leave a little bit of a mark on the history of the company and that’s something that you should weigh very carefully.”

Layoffs are often a sign of talent management mistakes. They don’t serve companies well in their long-term growth plans, and may hurt their ability to recruit in the future. Employers that irresponsibly add full-time employees, usually because they are flush with profits or investor cash, or expect to be, are typically the ones that find themselves reducing headcount during a downturn.

Most companies don’t have a continuous review of their employee base and whether it is efficiently meeting the current and long-term needs of the company, Sheth says, adding that these companies often become more critical of their workforce spend during a down economy, when they should be routinely evaluating it.

Performance management and strategic workforce planning are the cornerstones of a sound talent management approach. “This is not just a human resources exercise,” Sheth says. “Executives and team leaders need to understand how well-utilized their teams are. Where are they spending their time? Is it deployed toward the right objectives?”

As layoffs tank employee morale they also increase turnover, spurred by a loss of confidence in leadership and negative branding in the talent market. These factors cumulatively hurt employee engagement and productivity, and have a direct impact on the bottom line.

Ian Cook, vice president at Visier, an HR analytics platform, points to the phenomenon of “turnover contagion,” a spike in voluntary departures after a round of layoffs, usually because remaining employees are overworked on bare-bones teams or fearful of being next. “Trying to let go of people to save costs has so many unintended consequences that it really should be undertaken with caution,” Cook says. “It might sound like we’re trying to be nice to people, but we’re really trying to balance being nice to people and being focused on maintaining business performance.”

It’s important to be clear and honest about company finances in employee communications, especially when workers are keenly aware of the state of the economy. If layoffs do need to happen, it’s best that they aren’t a total surprise, and that workers are involved in finding solutions beforehand, either to decrease costs or increase revenue.

“Your employees are often extremely good at finding opportunities within the company because they are closest to the operations,” Sheth says. Crowdsourcing is particularly useful for generating goodwill within the company, motivating employees to accept pay cuts, furloughs, or forgo raises if it means avoiding workforce reductions.

“If the decision to make layoffs is unavoidable, checking every avenue around benefits, compensation, and [sourcing] employee ideas helps with transparency during tough times,” Jason Schloetzer, associate professor at Georgetown’s McDonough School of Business, says. He also agrees that employees are a great source of recommendations and solutions that apply to specific lines of business.

Employers should also consider whether workers can be retrained or reassigned, depending on talent needs, and explore cost-saving options like gratuitous benefits that aren’t widely used and compensation packages, such as executive pay and bonuses. Business leaders can also reassess and negotiate contracts with suppliers and long-term clients to suss out potential cost savings, before turning to layoffs.

While layoffs are a short-term solution to lowering costs, leaders may find it difficult to staff up and bring the company back up to speed during an eventual recovery. “When things start to come back, if you retain a large majority of the workforce, you are probably going to be in a much better position compared to your competition,” Sheth says.

Though it sounds counter-intuitive, companies should look into areas for investment during periods of economic volatility. Schloetzer recalls consulting for a tech company, which found that hundreds of employees were wasting time processing expense reports. After installing software to streamline the process, workers were freed up to take on higher-value assignments.

“These end up being the kind of investments where costs are removed from the business, which is maybe what you need during a downturn,” Schloetzer says. “Those costs shouldn’t come back after the recession.”

Before cutting talent or salaries, Schloetzer recommends business leaders first look to minimize debts and other financial liabilities. Other options include decreasing advertising and research and development spend, since those are discretionary and may not hurt the company in the short-term if reduced.

Rethinking real estate can provide large cost savings, especially if a company is moving to a hybrid or remote model where less physical space is needed.

“I’ve been in conversation with one company where they’re not renewing leases…and using the lease expiration dates as the motivator and the catalyst to really rethink hybrid work configurations,” Scholetzer says.

Sheth recommends renegotiating terms with suppliers and clients, calling it an interesting and underused option.

“It’s certainly not the easiest lever, but it is a lever that everybody understands,” he explains, naming working capital, receivables, and payables among the terms and obligations with suppliers that can warrant reassessment.

A mindset shift from viewing employees as a cost to viewing them as a valuable part of the business is incredibly important. While other costs can be managed, losing institutional knowledge hurts employee engagement, retention, and company culture. These are high costs that are difficult to financially quantify.

When cash on hand is the determining strategy for workforce planning, it can lead to bloated organizations, Cook says. Business functions like finance and HR must collaborate closely, ensuring that hiring managers are not wantonly adding new full-time employees, which often creates redundancies, and that the company has sophisticated workforce planning strategies and greater precision in recruiting.

“Have a really good understanding of the skills and capabilities, keep a rolling list of the must-keep talent and how much capacity you have, so you don’t wake up to find that the people who are driving value for your business are suddenly missing,” Cook says.