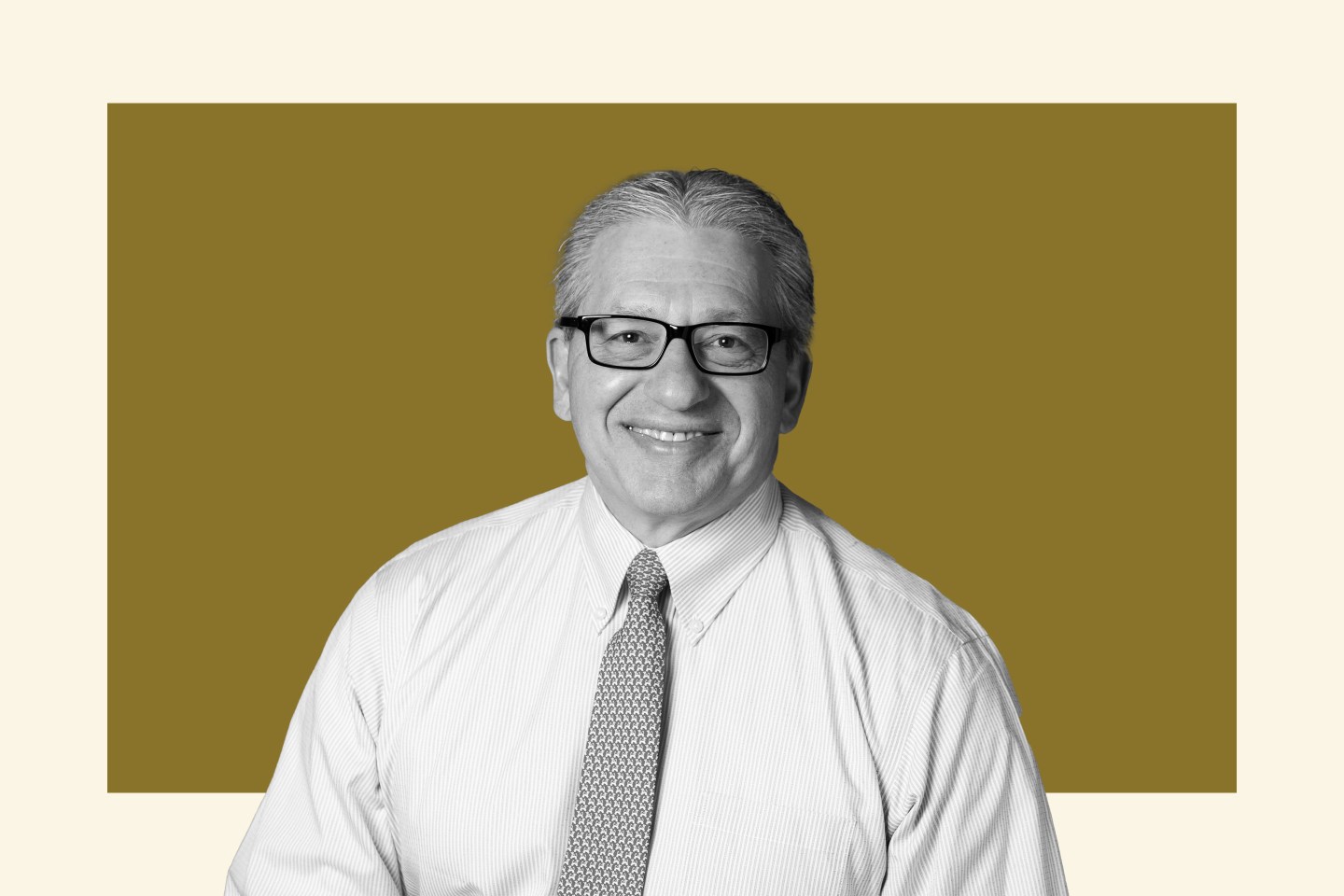 “I’ve been in very senior roles since 1993,” Pfizer Inc.’s Frank D’Amelio told me. “And if I’ve learned one thing, I’ve learned this—when all is said and done, your business is really people. Don’t get me wrong, you need a balance sheet, you need capital. But what you really need is incredibly talented people executing every day to get the job done. So, you need to start mentoring people.”

At the end of the year, D’Amelio is officially embarking on his retirement after serving in CFO roles for the past 20 years, 15 of which have been at Pfizer, no. 43 on the Fortune 500. David M. Denton took over the role of EVP and CFO at Pfizer on May 2 and D’Amelio is currently serving as an advisor at the company. During his tenure as CFO, Pfizer has generated close to $150 billion in market cap growth. Pfizer expects to achieve total company revenue of $100 billion (guidance range is $98-$102 billion) in 2022. This would represent the highest level of annual revenues in Pfizer’s history, according to the company.

When D’Amelio reflects on his entire career as a finance chief, which includes time at AT&T and Lucent Technologies, Inc., he’s had more than 20 mentees that have gone on to CFO or CEO roles, he says.

Here are just a few of his mentees he worked with at Pfizer who’ve reached the C-suite: Marc Stapley who went on to be the CFO at Illumina, and then CEO of Veracyte, Inc., Robert Landry, now EVP of finance and CFO at Regeneron Pharmaceuticals, Inc., and Kristin Peck, now CEO at Zoetis Inc.

D’Amelio’s work with Peck when she was EVP of worldwide business development stands out. “One of my highlights was the Wyeth acquisition,” he explains. “It was a massive acquisition— $68 billion. Kristin directly reported to me, and we had daily update meetings.” They worked together on the deal for almost a year, D’Amelio says. “Kristin led all the post-integration work that needed to be done,” D’Amelio says. “Our ability to get things done, negotiate and come out with really good outcomes and her analytical and interpersonal skills made it clear to me that she was special.”

Mentoring doesn’t have to be a formal process, D’Amelio says. “I tried to really limit that” to stay flexible, he says. “You’re coaching and advising as they’re working their way through a special project or something that comes up on their job. And you want to be available for that, even if it’s after traditional working hours.”

He continued, “No matter how busy anyone is, there’s always 10 or 15 minutes in a day to jump on a phone call with someone if they need to talk to you. You have to be all in. When I’m mentoring someone, I can’t delegate that.”

D’Amelio says there’s no “secret sauce” for identifying high performers. When you give employees “responsibilities, put them in charge of projects, get them out of their comfort zones,” the high performers will shine, he explains. “You offer them things to help them grow, enhance their skills, and hopefully advance their careers,” D’Amelio says.

He continued, “I always think about my finance leadership team. Those 10 or so roles are really critical to me getting my job done and meeting the needs of the organization. I do as much diligence as I possibly can before I put someone in one of those roles. The last three jobs I filled on my leadership team all came from within the company. I knew those people exceptionally well and I knew what they could do.”

And an important part of mentoring is to give honest feedback, D’Amelio says. “I think anyone who knows me will tell you, Frank’s pretty direct,” the Hoboken, N.J. native whose family owned a plumbing and heating supply business and a scrap metal business, told me. “I give very candid feedback. Good or bad, feedback is a gift.”

“A few years ago, someone who I really thought was going places, didn’t get the job they thought they were going to get and was very disappointed,” D’Amelio explains. “I said, ‘Listen, you don’t always get what you want when you want it; it’s character building,” he recalls telling his mentee. “Continue to keep doing your job exceptionally well. And, don’t make any rash decisions. Another door will open; that’s just the nature of corporate America.” The person wound up getting another opportunity, he says.

D’Amelio, who earned his MBA at St. John’s University, says he never really had a specific person as a mentor. “But what I will say is there were many people who took an interest in my career and who helped me along the way,” he says.

And at Pfizer which has been busy for the past two years changing the world with a revolutionary COVID-19 vaccine and the antiviral treatment Paxlovid, D’Amelio has talked with people like CEO Albert Bourla, and the executive leadership team, when he needs advice, he says. “I love working at Pfizer,” D’Amelio says. “Being a CFO there for 15 years was just such a privilege for me.”

In his next chapter, D’Amelio will stay busy with some board work and spending time with his family, he says. “I just became a grandfather,” he proudly told me.

Global research by SambaNova Systems takes a look at the progress of A.I. adoption in organizations. About 67% of business leaders surveyed said A.I. will be transformational or significantly change how they do business in 12 to 24 months. The respondents pointed to three top changes due to the technology: improving the customer experience, cutting costs by automating processes, and benefitting profits through better use of data, according to the report. The findings are based on a survey of 2,149 enterprise and IT leaders based in the U.S., U.K., and Germany.

You can now text Michelle Obama. Here’s what happens when she responds by L'Oreal Thompson Payton

Billionaires are losing their fortunes, but it isn’t just because of the stock rout—some of them are giving their money away by Nicholas Gordon

James Ahlers was named CFO at RenovoRx, Inc. (Nasdaq: RNXT), a biopharmaceutical company, effective July 15. Ahlers replaces Christopher J. Lehman, who joined RenovoRx in connection with its initial public offering and is leaving to pursue a new business opportunity. Ahlers has more than 25 years of financial leadership experience. He served as CFO of Intarcia Therapeutics, Inc. and has held senior finance roles with Titan Pharmaceuticals, Inc. and Ansan Pharmaceuticals Inc. Since December 2021, Ahlers has served as a consulting CFO and provided financial advisory services through Danforth Advisors, LLC.

Craig Owen was named EVP and CFO at Penn America Energy, the developer of Penn LNG, a natural gas export terminal sited in Pennsylvania along the Delaware River. Owen brings nearly 30 years of leadership experience across energy and finance. Most recently, he served as SVP and CFO for Rosehill Resources, and before that, SVP and CFO for Southwestern Energy Company. In these capacities and others, he has directed finance, treasury and accounting operations and built relationships with the company’s capital providers.

Christine Napoli was named CFO at MariaDB Corporation, which provides open source database services. Napoli joins MariaDB from Peacock, NBCUniversal’s streaming service, where she was CFO. While at Peacock, she helped to grow the business to 28 million monthly active accounts in two years and over $700 million in fiscal year revenue. Napoli has operational and financial experience across various NBCUniversal business units. Previously, she worked at Price Waterhouse LLP (PwC) as a public auditor in the financial services sector.

Nicole Strain, CFO and COO, at Kirkland’s, Inc. (Nasdaq: KIRK), a specialty retailer of home décor and furnishings, will be leaving the company, effective August 31. With support from the board of directors, Kirkland’s Home has initiated an executive search process for a new CFO. Until the company names a successor, it will rely on a newly-established Office of the CFO, which will be co-led by Anna Wilhoit, controller, and Jessica Tatum, senior director of financial planning and analysis. The functions within the COO role have been assigned to other senior members of the operations team, according to the company.

Marella Thorell was named CFO at Evelo Biosciences, Inc. (Nasdaq:EVLO), a clinical-stage biotechnology company, effective September 1. Thorell brings more than 25 years of finance and operations experience. She most recently served as chief accounting officer of Centessa Pharmaceuticals and previously as head of finance. Thorell also served as CFO at Palladio Biosciences before its acquisition by Centessa. Before that, she spent over ten years at Realm Therapeutics in various roles of increasing responsibility, including CFO and COO.

“Is there risk of a recession? Sure, but even if we’re in one, it’s going to be quite mild. The financial foundation of America is as strong today as ever.”