Commerce Secretary Gina Raimondo warns of the ‘scary’ supply chain scenario that would lead to a ‘deep and immediate’ U.S. recession 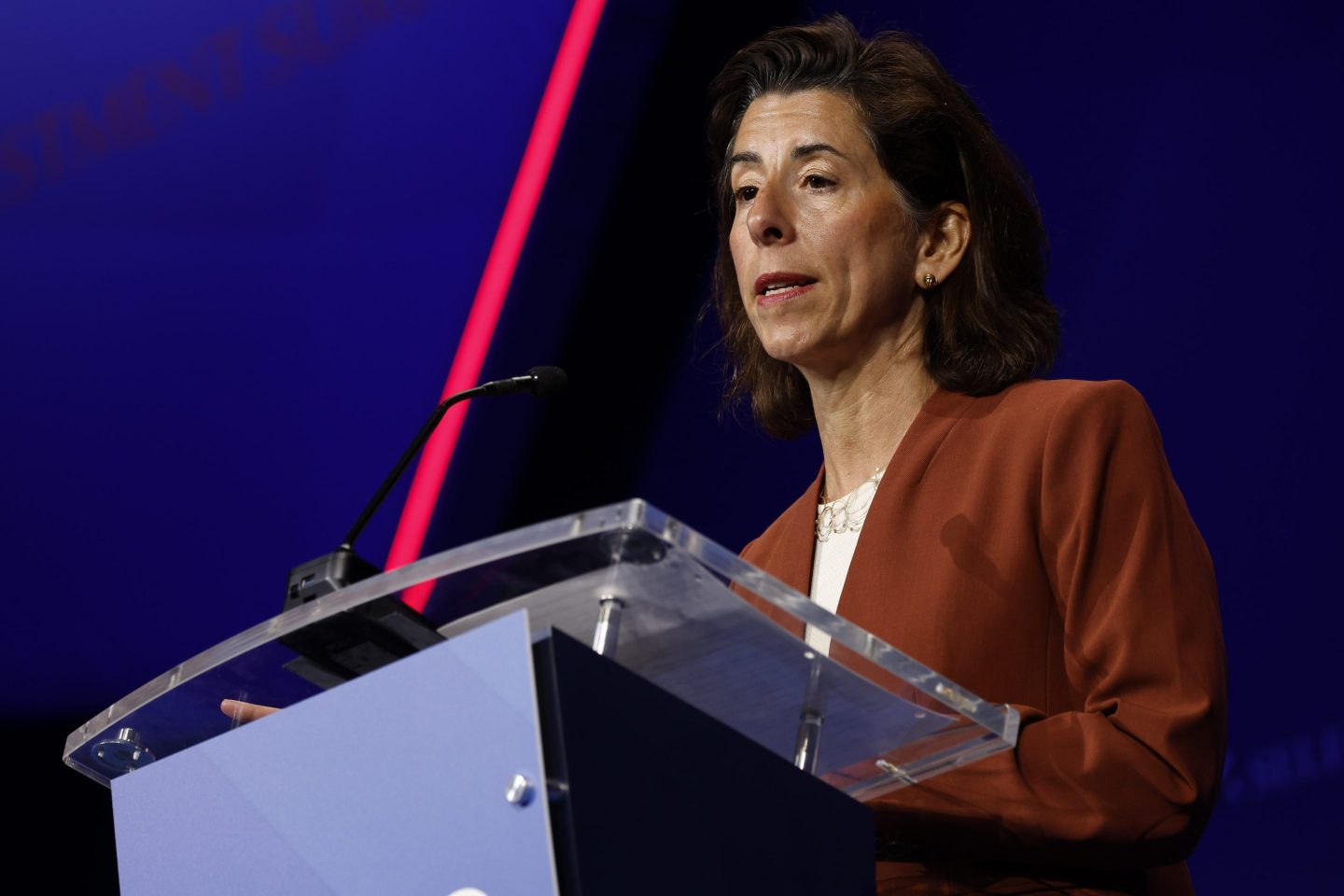 Semiconductors are essential to every scrap of modern technology powering society today, including cars, smartphones, and even missiles. Yet the chip industry is dominated by manufacturers in the small island of Taiwan, where a handful of firms churn out roughly 90% of the world’s most advanced chips. Policy makers in the U.S. have started to see that as a problem.

“If you allow yourself to think about a scenario where the United States no longer had access to the chips currently being made in Taiwan, it’s a scary scenario,” U.S. Commerce Secretary Gina Raimondo told CNBC on Wednesday, warning that losing Taiwan’s chips would mean “a deep and immediate recession” for the U.S.

The U.S. has gotten a taste of what that scenario might look like over the last two years, when pandemic-era disruption led to a global shortage of semiconductor supplies. According to Brian Deese, director of the Biden administration’s National Economic Council, the global chip crisis shaved a whole percentage point off of the U.S. economy in 2021 as missing semiconductors curtailed production of cars and consumer electronics.

To guard against an even greater chip shortage striking in the future, Congress is in the process of passing the roughly $52 billion needed to fund the CHIPS for America Act, which was approved in January 2021 and seeks to incentivize semiconductor manufacturers to increase production capacity in the U.S. Raimondo is hopeful the funding bill will pass Congress and be on the president’s desk by the end of the month.

“We need to make this in America. We need a manufacturing base that produces these chips, at least enough of these chips, here on our shores because otherwise we’ll just be too dependent on other countries,” Raimondo said.

The other country in question here is China.

Although Taiwan is a self-governing island with its political capital in Taipei, the government of mainland China in Beijing insists it has sovereignty over Taiwan and has frequently warned that it will assert that claim with force if necessary. If the U.S. suddenly “no longer had access” to chips in Taiwan, as Raimondo put it, the most likely cause would be a Beijing-led invasion of the island. (Although climate change could be another reason.)

A Chinese invasion of Taiwan would roil Washington’s relations with Beijing and, in that scenario, the U.S. economy would likely suffer major economic fallout, even if the CHIPS Act passes before then.

Taiwanese firms manufacture most of the world’s advanced chips, but the U.S. directly imports relatively few semiconductors from Taiwan. Instead, most U.S. semiconductor purchases are sent from Taiwan, where they’re made, to factories in China, where they are packaged into products like smartphones, and then shipped to the U.S.

The CHIPS Act, which incentivizes chip makers to onshore production of the most cutting edge semiconductors, isn’t sufficient by itself to completely insulate U.S. supply chains from “a scenario” in which the U.S. no longer has access to Taiwanese chips. Crucially, however, the CHIPS Act will help the U.S. continue to manufacture advanced, weapons-grade chipsets—the kind that guide missiles—in the case of war.