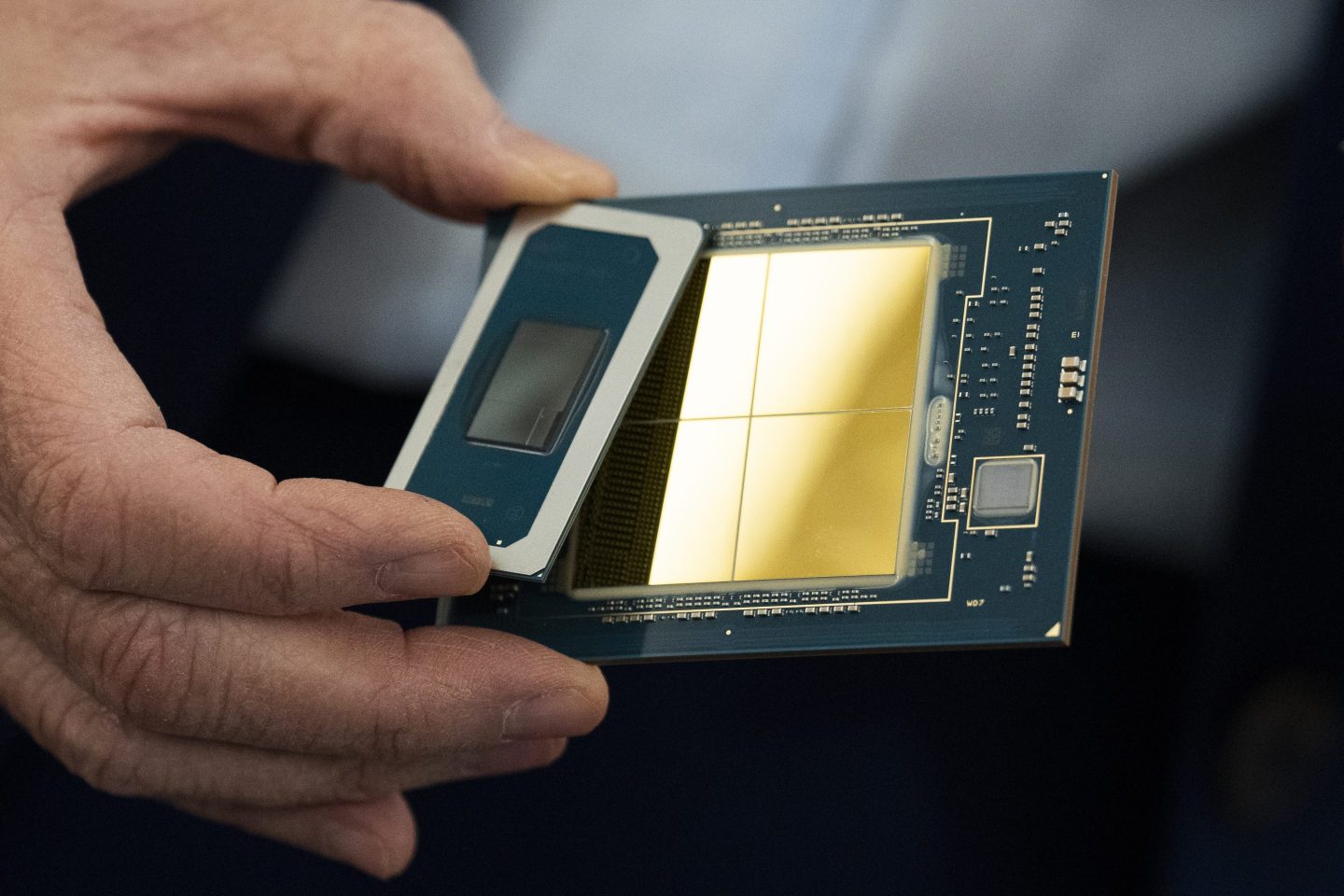 Rakesh Kumar writes that the U.S. Chips Act is not going to be enough to bring chip manufacturing back to the U.S.
Tom Williams—CQ-Roll Call, Inc via Getty Images

The CHIPS Act is the center of Washington’s attention. Chipmakers, from Intel Corporation to Taiwan Semiconductor Manufacturing Corporation, are not-so-subtly implying that their multi-billion-dollar projects are at risk if Congress doesn’t approve the $52 billion in subsidies they promised last year.

But the CHIPS Act, which intends to use the money to encourage the onshoring of semiconductor manufacturing, is focusing on the wrong problem.

It’s true that leading-edge manufacturing is done exclusively outside the U.S.—much of it in Taiwan—and that poses serious geopolitical risks. But onshoring can’t be a long-term goal for the U.S., given its high manufacturing costs. A one-time $50 billion economic incentive, divvied up into grants no bigger than $3 billion at a time, is not significant enough to motivate onshoring even in the short term, despite what CEOs claim.

There are several reasons why chipmakers moved leading-edge semiconductor manufacturing moved out of the U.S.

First, it’s now up to 50% cheaper and 25% faster to build a semiconductor fab in Asia. A one-time investment that’s only a small fraction of the tens of billions of dollars needed to build a leading-edge facility is not going to change that. The fundamental reasons for costly and slow manufacturing in the U.S.—regulations, labor costs, and so on—will continue to make American manufacturing untenable.

Second, there is little incentive for a semiconductor company to invest in leading-edge manufacturing, as capital requirements are high and profits are low. Instead, U.S. companies today focus on chip design, which is much less capital intensive and much more profitable compared to manufacturing. Again, a relatively small subsidy is not going to alter that, even in the medium term.

Third, the talent base needed to support leading-edge manufacturing just isn’t in the U.S. anymore, after many years of offshoring. Thus, even if economic incentives for onshoring existed, the U.S. can’t quickly create the manpower needed to run the chip factories.

CHIPS Act funding by itself doesn’t create any significant motivation for companies to realign their existing leading-edge supply chains, refined over the decades in pursuit of clear and significant economic gains.

One could argue that U.S. semiconductor companies have some non-economic incentives to consider onshoring—several companies have announced plans for domestic semiconductor manufacturing—and that the CHIPS Act could help tip their decisions. That’s certainly what chip CEOs are saying.

Yet this argument only works for manufacturing at the trailing edge, since it is cheaper. The level of sustained capital investment needed for leading-edge manufacturing simply cannot be supported by any government if the economic incentives don’t align.

There is one argument that makes some sense—that developing and retaining some semiconductor manufacturing, however uncompetitive, in the U.S. could help with future innovations, including in stages of the value chain that the U.S. could later dominate.

But even this manufacturing-on-retainer strategy would require the state to make frequent investments at a level that may not be possible to sustain. It’s been a year-and-a-half since the programs of the CHIPS Act were passed on a bipartisan basis, yet funding still hasn’t made it through Congress, showing how little appetite the country has for such sustained investments. Industry may also balk at creating and supporting a white elephant without any assurances of sustained funding from the government.

Instead of chasing the mirage of U.S.-based leading-edge chip manufacturing, Washington should instead strengthen existing manufacturing by U.S. allies. For example, concerted government support through preferential policies and direct investment could help South Korea manufacture a greater share of leading-edge chips, reducing dependence on Taiwan. The U.S. could also piggyback off of Japan’s serious efforts to revitalize their chipmaking sector, fostering another alternative to Taiwan.

In exchange for cost-sharing and investments, the U.S. could ask for supply, quality, and security guarantees. This friend-shoring approach is a more cost-effective way to mitigate risk than on-shoring.

At home, the U.S. should focus on technological breakthroughs that might level the playing field with current leading-edge manufacturers. Today, no country has a meaningful advantage when it comes to alternatives to CMOS, the semiconductor technology used in today’s transistors. The U.S. should prioritize emerging chip manufacturing markets, such as quantum computing.

The CHIPS Act is targeting the wrong problem. It will create albatrosses that will require frequent bailouts just to survive. It’s focused on the near term and technologies that are already a lost cause.

Instead, Washington should focus on winning the future, investing in its manufacturing allies, and leveraging America’s formidable strengths in innovation.

Rakesh Kumar is a Professor in the Electrical and Computer Engineering department at the University of Illinois and author of Reluctant Technophiles: India’s Complicated Relationship with Technology.