Elon Musk blurted out Tesla faced a dangerous cash crunch. That’s usually a red flag, so why is the stock up? 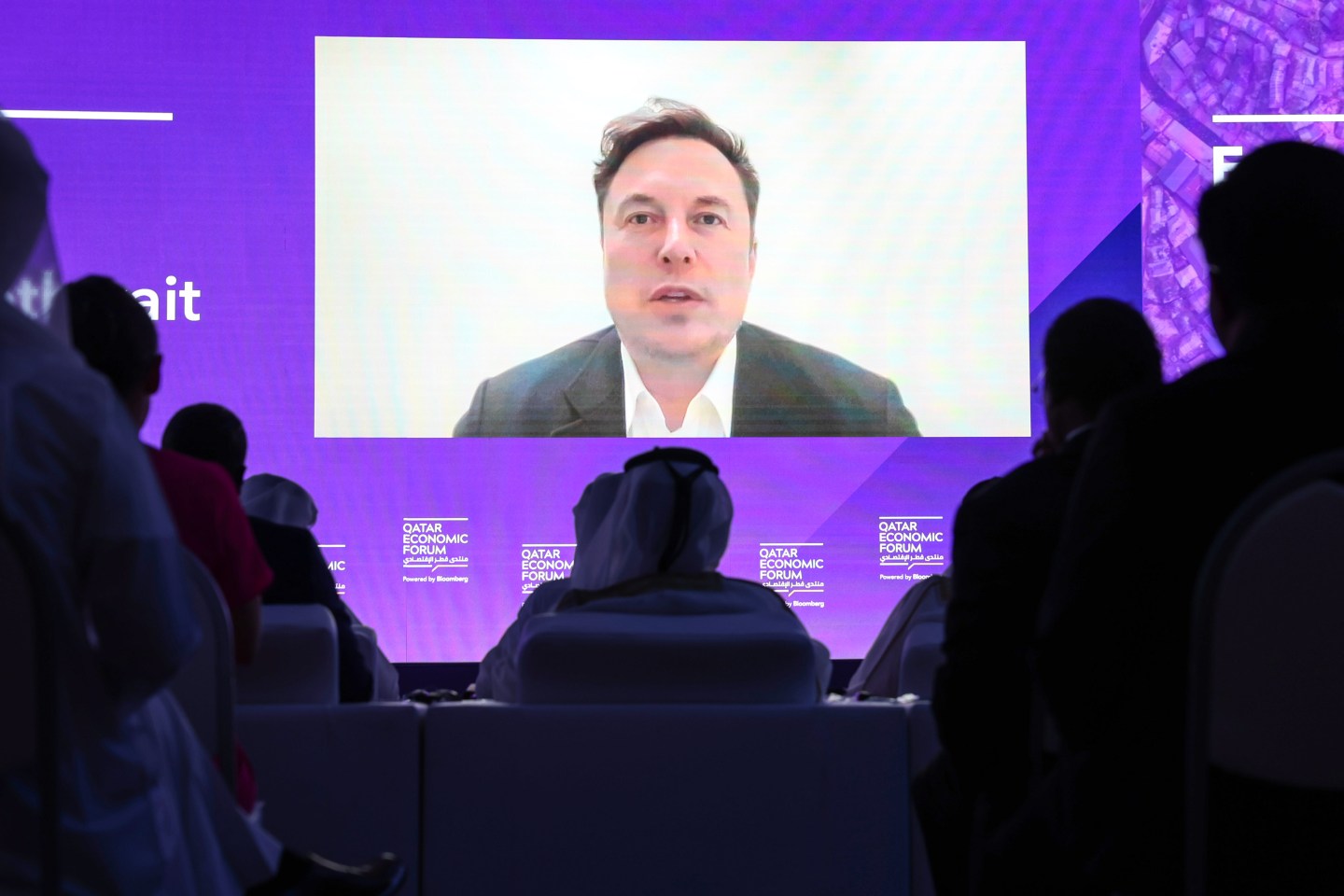 Despite a staggering $18 billion in reserves, the CEO revealed his Q2 crypto sale was needed to keep the company liquid—because much of the money may be locked up in China.
Christopher Pike—Bloomberg via Getty Images

When you’re a visionary entrepreneur who has looked down the barrel of bankruptcy before, perhaps you become hardened to the risks eventually.

Elon Musk once confessed openly that Tesla was on the verge of extinction when it launched production of the Model 3.

Late last year, he reportedly warned staff at his other major company, SpaceX, that it was at imminent risk of failing if production problems with its Raptor 2 engine could not be solved.

So when the centibillionaire on Wednesday sought to dispel the notion he had fallen out of love with crypto after divesting the bulk of Tesla’s $1.5 billion investment in Bitcoin, perhaps he didn’t realize how he inadvertently opened a new can of worms.

“This should not be taken as some verdict on Bitcoin,” he told investors, attending the quarterly earnings call in his words to explain the quarter’s spate of bad news. “It’s just that we were concerned about overall liquidity of the company.”

Normally the words “concerned about the company’s liquidity” should be an immediate red flag.

But Musk managed to convince shareholders the worst is behind it—their primary concern going into Q2 report—as the cash crunch ensued following the COVID lockdowns that shut down production at its Chinese factory in Shanghai.

“We have the potential for a record-breaking second half of the year,” he said, even as his team cautioned that the goal of a 50% sales increase to roughly 1.4 million cars in 2022 is becoming more challenging.

Shares subsequently enjoyed a 7% bounce in Thursday’s session, a strong trading day even by the EV manufacturer’s standards.

Why money talk is troubling

The reason why the comment is nonetheless troubling is there should be no reason whatsoever for a company with a balance sheet as robust as Tesla’s to worry about cash stretching thin.

According to its Q1 report, the company had $18 billion in liquid reserves going into April with no material outstanding debt after it paid off creditors.

Funding requirements, meanwhile, do not come anywhere close to the cash it holds in its treasury. Even in 2021, when Tesla doubled its annual capex spending to build two new manufacturing plants, it still only invested $6.5 billion in cash. Nor does Tesla pay a dividend that could drain its coffers.

Just how concerned shareholders should be is a difficult judgment to make with any precision, because Musk is known as a showman with a penchant for embellishment.

In a single interview last month he managed to reveal his plants in Germany and Texas were “gigantic money furnaces,” that his company was really just an all-or-nothing bet on autonomous driving, and that automakers are “desperately trying to go bankrupt at any given time” because the business is so capital-intensive.

Consequently, Musk’s polarizing style of management tends to attract two types of investors to the stock: those that think Tesla will overtake Apple as the world’s most valuable company and those that believe it’s the next Theranos.

As a result of the commotion over the sale, Tesla’s investor relations head, Martin Viecha, felt compelled to push back against even some notable bulls worried about what the $936 million liquidation of the Bitcoin position said about the health of the carmaker’s underlying business.

Had it not gone through with the sale, the company would have suffered a quarterly cash drain of roughly $90 million. Instead it further padded its reserves, which now stand at a towering $18.9 billion.

Musk’s admission about the Bitcoin sale lends credence to bears that argue this immense cash pile Tesla hoards instead of distributing to shareholders should be valued at a considerable discount. They believe much of it is in yuan and cannot easily be moved out of the country in an emergency due to capital controls imposed by the Chinese communist regime.

“Bankruptcy is a real risk for these guys,” Gordon Johnson of GLJ Research, perhaps Tesla’s biggest critic, told CNN Business last month. “Why? A lot of their cash is locked up in China. They weren’t profitable until they were in China; and, given China does not allow companies to repatriate dollars made there out of the country, Tesla has a real problem.”

It furthermore highlights just how crucial Shanghai is to Musk’s operations. With the plant closed in April and May, the company’s automotive gross margins fell to 27.9%, the lowest since the first quarter of 2021.

Studious observers will have also noticed the company officially listed its Chinese gigafactory on Wednesday as Tesla’s largest, with an installed annual capacity of more than 750,000 vehicles. That compares with just 650,000 at its Fremont plant in California and over 250,000 each in Germany and Texas.

All told, Tesla now has the ability to manufacture close to 2 million cars in a year, a level it aims to achieve on a weekly basis with a run rate of 40,000 by the end of 2022.