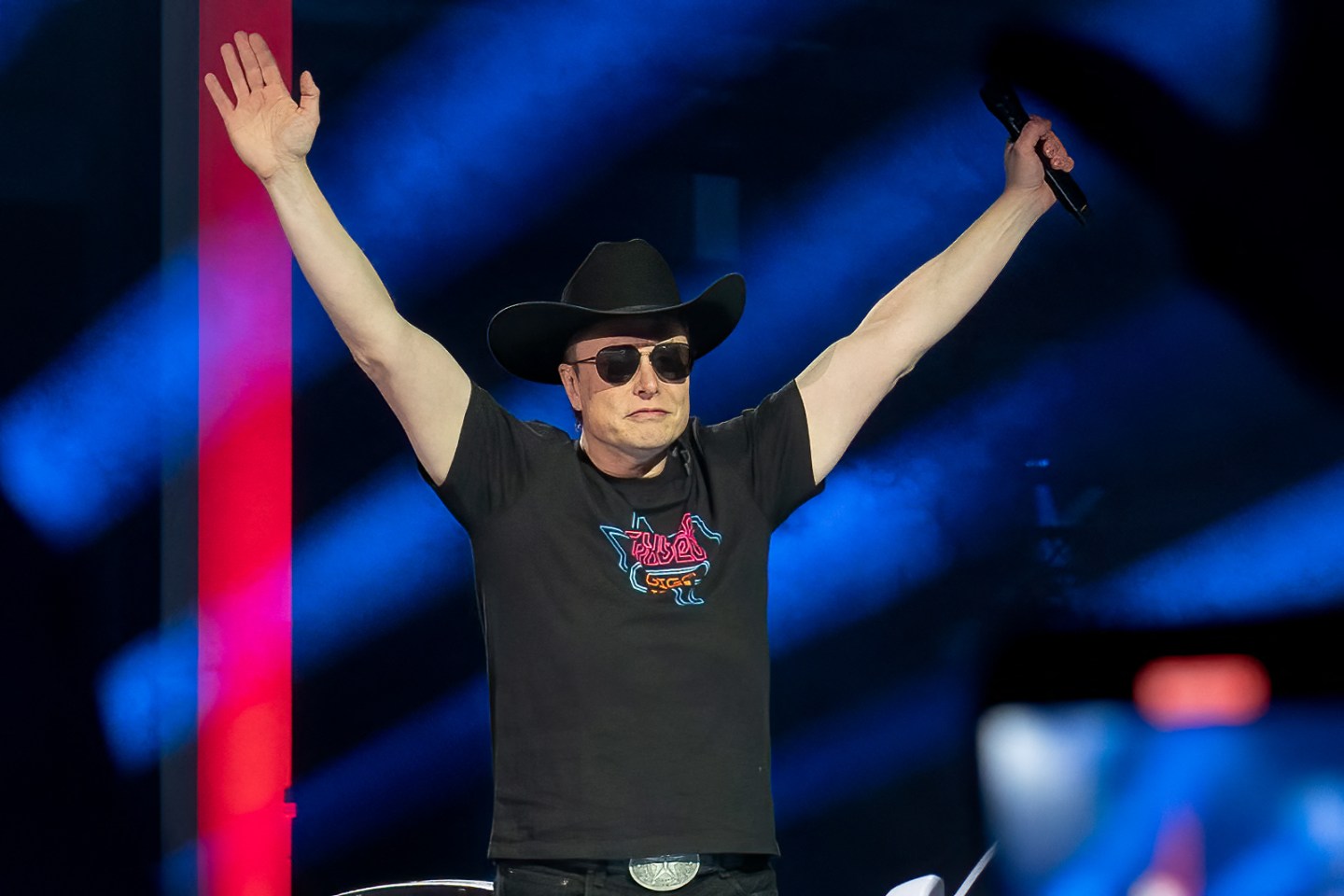 Tesla is expected to post poor second-quarter earnings after the close of markets on Wednesday, but investors are hoping the worst will be behind it.
SUZANNE CORDEIRO—AFP/Getty Images

Shareholders in Tesla bracing for a potentially ugly earnings report are hoping for a robust full-year outlook when the carmaker publishes second-quarter results after the close of markets at around 5:30 pm ET on Wednesday.

Everything from a mandatory COVID lockdown at its most profitable plant along with problems at its new factories in Germany and Texas, to layoffs among salaried employees and an estimated half-billion-dollar write-down on its Bitcoin holdings will burden the company’s bottom line during the three-month period.

Much of that is likely to be considered nonrecurring, with the market expected to largely disregard those results as much of it was beyond its control.

Yet when Tesla’s $770 billion market cap exceeds the next nine most valuable carmakers combined, investors do still expect perfect execution in volume growth, profits, and the rollout of new products and technology when it comes to those parts of the business it directly influences.

So top of their mind will be one question: Can management give concrete reassurances that Q2 marks the low point and all the bad news is now behind it?

If so the stock could bottom out around the $650 mark and gather fresh momentum for another attempt at its all-time high, adjusted for its imminent stock split.

“Is Tesla still guiding for 50% unit growth in deliveries and, if so, are their margins going to increase from Q2?” said Dave Lee, popular host of a show on investing that’s closely followed by the Tesla community, on Tuesday. “If they are, then you have got a very, very good second half of the year.”

The elephant in the room is Elon Musk’s $44 billion Twitter deal. News that the mercurial CEO personally acquired a 9% stake in the social media company coincided with the stock’s most recent peak at around $1,145 in April.

It has since fallen by 35% with the result that its hotly anticipated stock split—seen by some investors as a bullish catalyst—ended up being just 3 to 1 from earlier speculation it could be 10 to 1 and even as high as 20 to 1.

Unfortunately, it’s doubtful any fresh insight on Musk’s Twitter deal will emerge on Wednesday, even though it could have a material effect on the value of his Tesla stake that underpins his $200 billion-plus net worth.

For one thing, his team of lawyers in all likelihood will advise against his participation given that the case is now in the hands of a Delaware court. Moreover, the Tesla CEO already warned last year he no longer planned to attend the quarterly calls unless he had something truly important to communicate.

So it will likely be the job of finance chief Zach Kirkhorn to deliver guidance on the second half with expectations riding high.

In theory this should be easy, since EVs are quickly replacing conventional gasoline-burning cars. On Monday, Mercedes-Benz said four out of five German premium car owners were planning to make the switch in the next five years.

That bodes well for Tesla, which is ramping up a new plant in the country on the outskirts of Berlin, together with another in Texas.

That brings us to our next concern.

While 2023 is shaping up to be another very strong year thanks to the added capacity, investors will be keen to learn how far and how long Q2 automotive gross margins fall below the 30% mark it achieved for the past three quarters in a row.

New plants have all the fixed costs of a normal factory but very little of the revenue until they ramp production. For the moment they are gigantic money furnaces, in Musk’s own words.

“You just can’t give oxygen to your competitors,” Loup Funds’ managing partner Gene Munster told the Wall Street Journal, who argues these production mishaps waste a “golden opportunity” to get products out to customers before competitors.

Current estimates pin Tesla’s Q2 auto gross margins at just under 26%, according to the median estimate of 24 analysts polled by the company’s investor relations department. This is set to recover to 28.5% for the full year thanks to a rebound in the second half.

Both should be considered conservative estimates, however, as they exclude the notoriously volatile, yet lucrative sale of regulatory CO2 credits to other carmakers—revenue that flows almost straight to the bottom line. Long the sole pillar keeping Tesla in the black, this source of easy cash eventually will disappear as rivals ramp up their own EV efforts.

One of this year’s top priorities, according to Musk, in lieu of a new model launch like the Cybertruck is the completion and deployment of Full Self-Driving to the entire Tesla community. During a SpaceX presentation in February, he said FSD was his primary Tesla-related concern.

At present, the feature is still only accessible to roughly 100,000 customers with high safety scores for responsible driving. Rolling out FSD to all buyers would trigger potentially billions of dollars of revenue recognition, which had been deferred under accounting rules until the software was complete.

This month, however, the program’s lead executive, senior director Andrej Karpathy, departed after an oddly timed sabbatical announced in March. It could signal big changes in store as the development of its self-driving A.I. has proven slower than promised, with some speculating Tesla might rethink its camera-only approach that eschews expensive sensors like LiDAR.

The company’s problems since April have been so acute, a new reverse Tesla ETF with the ticker code TSLQ was launched this month, giving investors an easy way to speculate the share price will continue to fall.

Any hint during the Q2 call that Tesla could go ex-growth or lose its technological edge and cracks could rapidly appear in its equity story. The stock is sitting at a very lofty—and vulnerable—70 times GAAP earnings for 2022, according to the carmaker’s own poll.

If management tells investors, however, that the winds are at its back once more, investing in TSLQ could be a very short fad indeed.