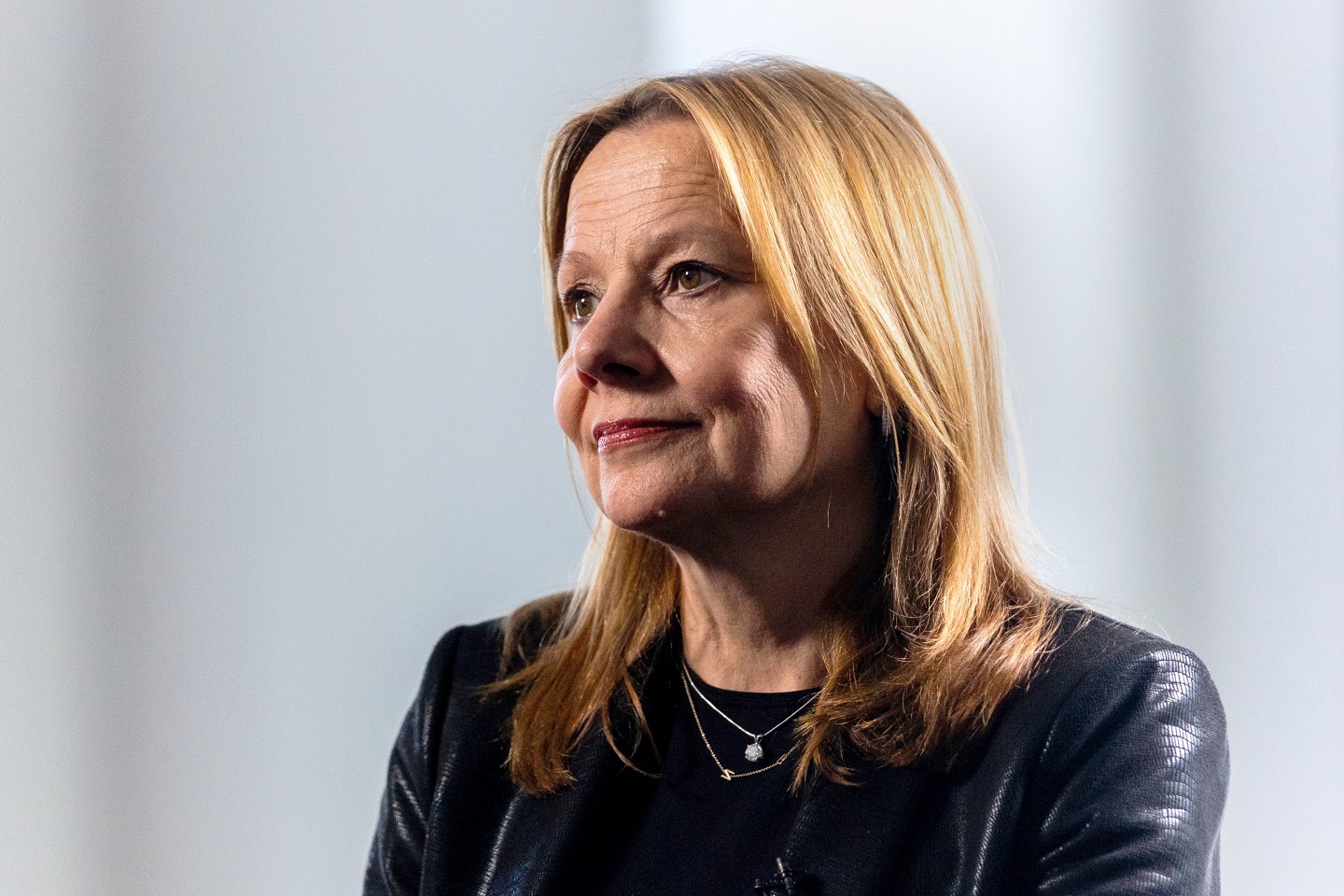 Elon Musk’s Tesla currently sells more electric cars than any other company in the U.S. and holds over 60% of the U.S. market share.

With a lead like that, it seems unlikely that Tesla will be usurped anytime soon.

But General Motors CEO Mary Barra doubled down on a bold challenge to Musk earlier this week: By 2025, her company will be selling the most electric vehicles in the U.S.

Barra first made the prediction to CNBC in October 2021, replying “absolutely” when asked if she thinks GM can catch up to Tesla by the middle of this decade.

Tesla does not report U.S. numbers separate from its global sales, but Cox Automotive estimates it sold 352,471 cars to American drivers last year. That’s around 14 times more than GM’s Chevrolet brand. After a recall due to battery fire risks and paused production, Chevrolet finished the year with fewer than 25,000 electric vehicles sold, trailing third behind Tesla and Ford in U.S. sales, according to CNBC.

The prediction is part of GM’s larger goal to sell only zero-emission vehicles by 2035. It has pledged to invest $35 billion in electric and autonomous vehicles so that it can roll out 30 new battery-powered models globally leading up to 2025.

A GM spokesperson told Fortune that its four planned U.S.-based battery plants will expand capacity in North America to “build 1 million EVs by the end of 2025, as well as an additional 1 million units of capacity in China.”

“We already have the best-selling EV in China. Our EV deliveries in North America in 2022 are growing again now that the Chevrolet Bolt EV and EUV are back in production,” the spokesperson said.

They added that next year, the company is launching three high-volume Chevrolet EVs—the Silverado, Blazer, and Equinox—and have many other EV projects that will launch before 2025.

To beat Tesla in two and a half years, GM’s strategy is to deliver high-range electric cars at affordable prices.

The cheapest Tesla for sale right now is a rear-wheel drive Model 3, which sells for $46,990, following a 34% price hike in March. Over the last two years, the company has repeatedly hiked prices across its models. Supply-chain issues and inflation have made those increases necessary, Musk said.

Last Friday, Musk tweeted, “If inflation calms down, we can lower prices for cars,” responding to an inquiry on Tesla’s plans after pandemic supply-chain issues have been resolved.

But even before inflation troubles, Tesla’s prices were higher than GM’s. When Tesla first announced its Model 3, it actively promoted, and Musk himself personally promised, a $35,000 starting price. For a brief period, Tesla did sell the Model 3 off-menu for $35,000 before getting rid of that version altogether for the 2021 model year.

Tesla did not respond to Fortune’s request for comment.

Challenges ahead for GM

Even with a competitive cost advantage, GM faces a wave of challenges to fulfill its goal of dominating the U.S. electric vehicle market. It’s struggling through the same inflationary pressures, high raw material costs, and semiconductor chip shortage that prompted Tesla’s price increases. To alleviate one of those issues, Barra said, GM will move toward buying and controlling three standard families of semiconductor chips in the coming years.

“We’re also working with a select group of strategic companies to source these for the volumes. We’ll have much better control and a stable supply,” Barra said in the interview.

With the Federal Reserve preparing to raise interest rates, and several economists warning of a looming recession, Barra acknowledged that the current business environment is “pretty volatile right now.”

“We’re looking at many different scenarios as any prudent business leader would to make sure we’re ready for whatever, however the situation evolves,” she added. “I’m an engineer, so I’m a problem solver.”