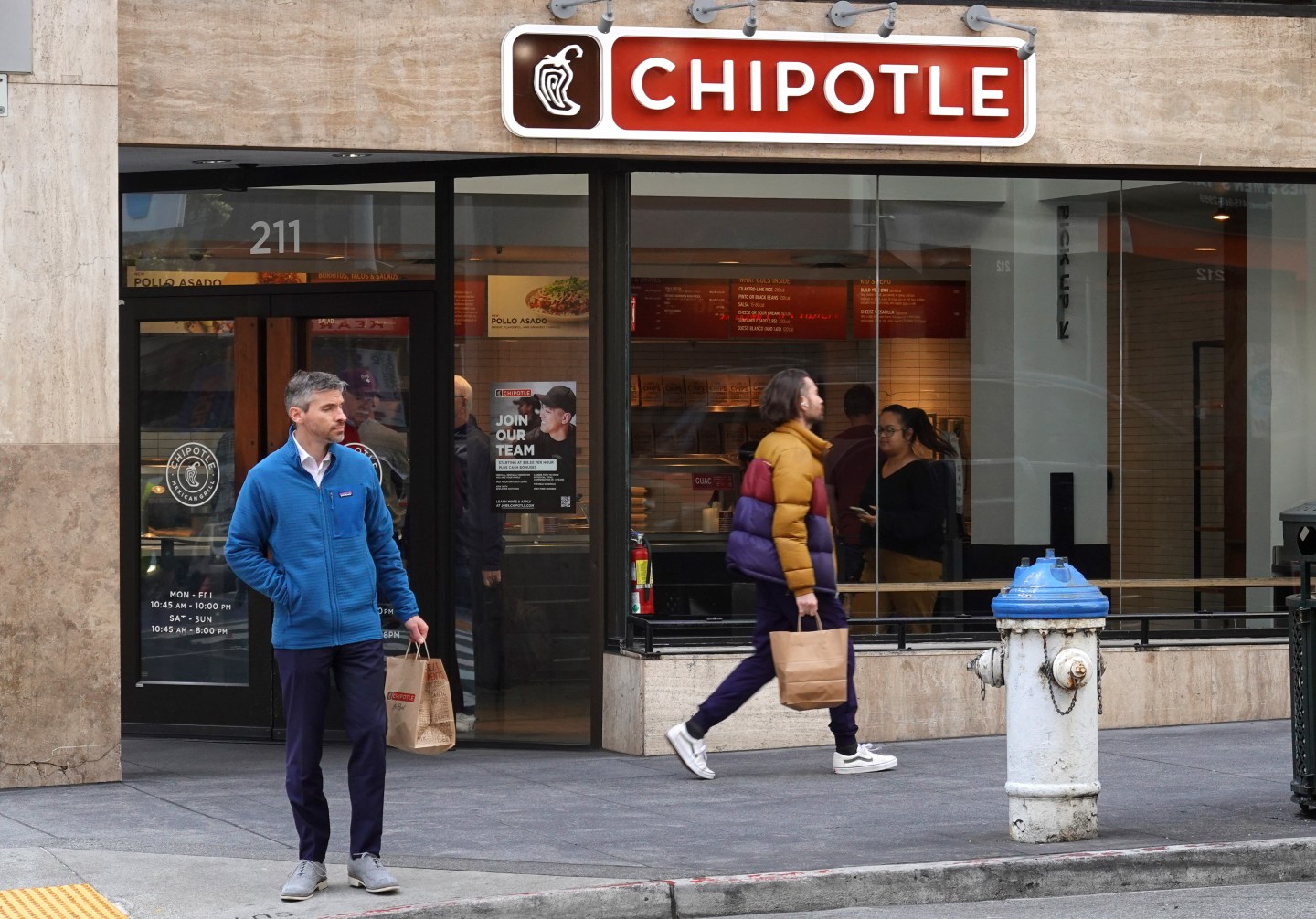 A Chipotle location in San Francisco. Union wars are starting to hit the restaurant chain.
Justin Sullivan via Getty Images

Chipotle has become the latest U.S. corporation to join in on the nation’s growing unionization wars.

The Mexican fast food restaurant chain is closing down one of its locations in Augusta, Maine, saying that an impasse had been reached with employees over staffing hours, and that the restaurant would not be reopening anytime soon.

The employees, however, are telling a different story.

“This is union busting 101,” Jeffrey Young, an attorney for the group organizing unionization, told Fortune.

The decision to shutter the Augusta store came as Chipotle ran into “ongoing staffing challenges”, according to a statement by Laurie Schalow, chief corporate affairs officer at Chipotle.

Schalow said that the company had been “unable to adequately staff this remote restaurant with crew,” while Chipotle officials were also running into resistance from existing staff who, according to Schalow’s statement, had shown a “lack of availability” and had made “excessive” requests for sick days and time off.

Schalow noted that the restaurant had been closed since June 17, and used to train new employees while staffing efforts were underway, but the ongoing hiring issues forced Chipotle to permanently close the restaurant.

“There is no probability of reopening in the foreseeable future,” Schalow said, although she did add that existing employees would “receive severance pay and outplacement assistance.”

But the decision to permanently close the restaurant appears to have come as a surprise to employees, who had been engaging in intense unionization efforts for weeks.

On June 22, the group filed a petition with the National Labor Relations Board (NLRB) for unionization. A hearing for the request had been scheduled for Tuesday, but the sudden closure of the restaurant forced it to be rescheduled.

The Augusta Chipotle staff had been requesting better working conditions since at least June 17, when the restaurant had temporarily closed.

While Chipotle’s Schalow said that the closure had been due to “staffing challenges” and “excessive call-outs,” the restaurant’s staff that demanded unionization had staged a voluntary walkout on the same day due to “unsafe working conditions,” according to attorney Young.

Young said that the walkout was in response to inadequate staffing and some malfunctioning equipment at the restaurant, and while the group had expected their demands to incur a strong response from Chipotle, the permanent closure of the restaurant had been unexpected.

“I have never had this happen before,” Young said.

And while Chipotle is offering Augusta staff severance pay, this is based on recent hours of work, according to Young, which have been minimal since the restaurant closed on June 17.

Chipotle did not immediately reply to Fortune’s request for comment on working conditions at the restaurant and the details of severance pay packages.

Chipotle United will be seeking an injunction against the company with the NLRB over the restaurant’s closure and seek to have it reversed, Young said, but this could be just the start for Chipotle if more restaurants start requesting unionization.

A unionization hearing for a Chipotle location in Lansing, Michigan is currently scheduled for next week, while employees have made similar unionizing efforts this year in New York City.

In April, a Chipotle employee in Flushing, Queens was fired, and soon filed a complaint with the NLRB accusing Chipotle of terminating her in response to her efforts to unionize.

“The workers in Augusta are the first Chipotle workers to actually have filed a petition for an election, but they are what I would call the tip of the iceberg,” Young said.

Chipotle United’s determination to unionize was largely inspired by similar efforts taken this year by employees at corporations including Starbucks and Amazon, which Young called “inspirational” to the Augusta Chipotle staff.