‘That’s not how the oil market works’: Price cap on Russian oil could push the price to $140 a barrel, warns energy research director 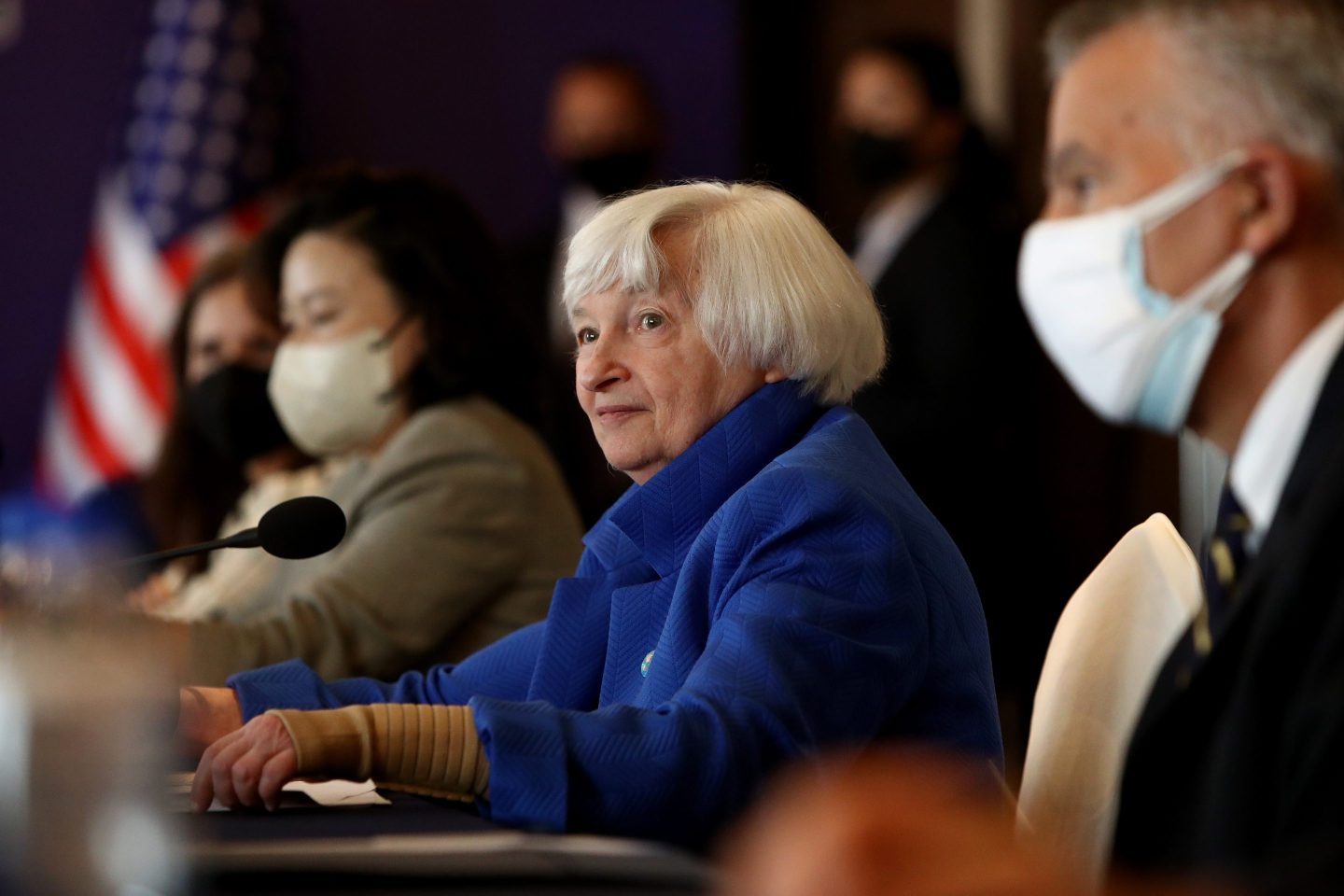 As the U.S. tries to rally support for a price cap on Russian oil, critics have jumped on the plan, calling the idea “ridiculous” and arguing market forces would quickly undermine the cap.

Western leaders faced with soaring oil prices and decades-high inflation proposed the price cap—which would limit how much refiners and traders can pay for Russian crude—after mounting sanctions on Russia following its invasion of Ukraine failed to rein in the revenues Moscow brings in from energy exports.

While these global leaders argue an oil price cap will rein in soaring energy prices, a series of analysts and other national leaders disagree. “It’s kind of a ridiculous idea in my view,” Gal Luft of the Institute for the Analysis of Global Security told CNBC’s “Squawk Box Asia” on Monday.

“It ignores the fact that oil is a fungible commodity,” Luft says, explaining how one barrel of oil is interchangeable for another, regardless of where it comes from. Luft likens the plan to going to a shop and asking the seller to accept less money than what an item is priced at. “You cannot trick the laws of supply and demand, and you cannot defy the laws of gravity when it comes to a fungible commodity,” he said.

“That’s not how the oil market works,” he said. “This is a very sophisticated market, you cannot force the prices down.”

Luft isn’t the only analyst who doubts the utility of an oil price cap scheme. Jorge Montepeque, who is credited as one of the architects of benchmark oil pricing, said historical attempts at a price cap lead to higher, not lower, prices and to the emergence of a grey market for Russian oil. Montepeque is credited with creating Platts’ market-on-close (MOC) pricing mechanism, which has become the dominant oil price mechanism.

“All these mandates to fix prices have been tried before during high inflation,” Montepeque told Reuters, noting “the U.S. tried to fix prices for oil in the 1970s, the U.K. tried fixed forex prices in the 80s, Mexico tried fixed tortillas prices. And then — boom! — the market settles. It is a waste of time.”

But for the sake of an argument, Montepeque says “Let’s assume, everyone — every possible buyer in the world — agrees. Then Russia says: ‘I am not selling a drop of oil. Bid me!‘ Immediately the system breaks down as buyers have an alternative to the market price of oil.”

Luft also predicts a similar fate, predicting on Squawk Box Asia that if markets place a cap on the price of Russian oil, the country will restrict its oil production and create an artificial shortage in the market.

“Those Europeans and Americans that are talking about $40 a barrel, what they’re going to get is $140 a barrel,” Luft warned.

In defense of an oil price cap

After failing to agree to a consensus over an oil price cap at the G20 meeting which ran on July 15 and 16 in Bali, Indonesia, U.S. Treasury Secretary Janet Yellen has been touring Asia to persuade holdouts to join the scheme.

Before the meeting in Bali, Yellen said the spillover effects of the war in Ukraine could be felt in every corner of the world through rising energy prices and argued a price cap could address this.

“A price cap on Russian oil is one of our most powerful tools to address the pain that Americans and families across the world are feeling at the gas pump and the grocery store right now,” she said.

Backers of a price cap hope that pinning prices at a level closer to the cost of production would cut the funds flowing into Moscow’s war chest, while still ensuring that energy flows to where it’s needed, and expedite the end of the war. Oil revenues, the Kremlin’s main pillar of financial revenue, has kept the country’s economy afloat despite export bans, sanctions and the freezing of central bank assets.

If Russia keeps oil flowing at a cheaper rate, the global benchmark of oil, which has soared well-above $100 a barrel since the war first broke out in Ukraine, might also return back to affordable levels.

The Group of Seven leaders, which includes Canada, France, Germany, Italy, Japan, the U.K, the U.S. and the EU, have tentatively agreed to back a cap on the price of Russian oil.

An oil price cap will only work if all countries agree to buy Russian oil at a fixed price. But so far many large countries, including Brazil, China, India, and some African and Middle Eastern nations, have refused to condemn the Russian invasion and have actually increased their imports of Russian energy sold at a cheap discount to global benchmarks.

“It’s an international diplomatic challenge on how you get people to agree. It’s one thing if you get the U.S. to stop buying oil, but if India and China continue to buy” at elevated prices, “there’s no impact on Russian revenues,” James Hamilton, an economist at the University of California, San Diego, told the Associated Press.

On Thursday last week, China, which recently overtook Germany as the biggest buyer of Russian energy, indicated a price cap would worsen the Ukraine crisis, with the Chinese Ministry of Commerce spokeswoman Shu Jueting urging peace talks instead of an complicated price cap.

Following the G20 retreat, Indonesia’s Finance Minister Sri Mulyani Indrawati told CNBC’s Martin Soong that energy problems come from demand outstripping supply, and a price cap won’t resolve that. “Putting a cap definitely is not going to solve the problem, because it is about the quantity which is not adequate, compar[ed] to the demand which is in place,” she told CNBC.

Western nations could circumnavigate a lack of agreement by requiring insurance companies to support the cap. Around 95% of the world’s oil tanker fleet is covered by the International Group of Protection & Indemnity Clubs in London, which is required to follow European law, Bloomberg reports. To combat this, Russia is already setting up an alternative to the P&I clubs, offering insurance through the Russian National Reinsurance Company. But it is not clear if international buyers will be willing to accept it.