Most remote jobs are based in the big cities workers fled. There could be a reckoning as the return-to-office war rages on 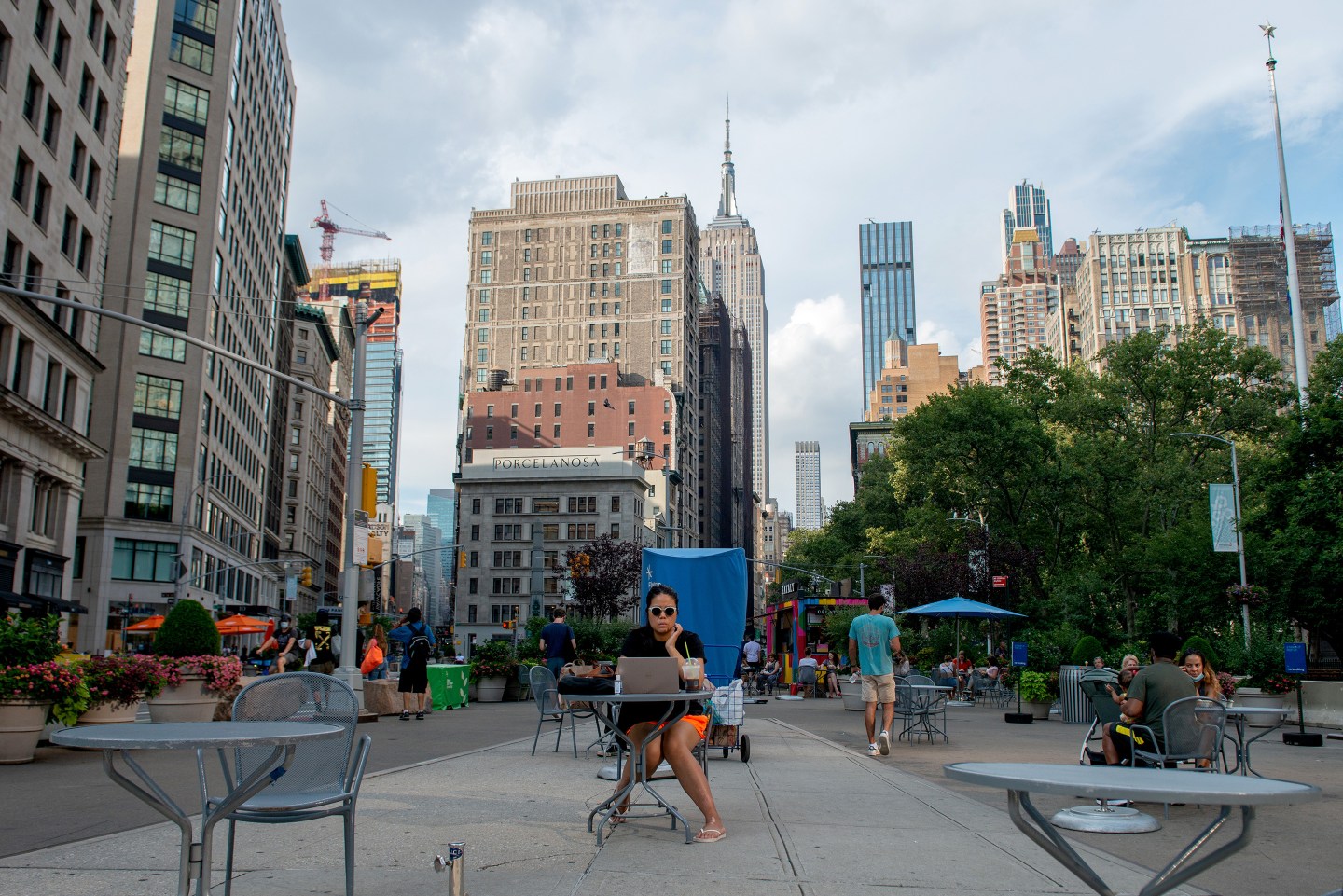 Residents of the country’s largest cities by population, like New York, LA, and Chicago, work from home in consistently larger numbers than those in smaller towns.
Alexi Rosenfeld—Getty Images

Scores of workers fleeing big cities has been a consistent pandemic news peg. But despite the popular narrative, one faction of the remaining city-dwelling population has held strong: the knowledge workers logging on from their apartments.

Working from home is a decidedly “big-city phenomenon,” conclude the researchers behind the latest Survey of Working Arrangements and Attitudes (SWAA), which has been published monthly on WFH Research since May 2020. They found that working from home is significantly more common in big cities than it is in small towns, suburbs, or rural areas.

Employees in the top 10 largest cities by population (New York City, Los Angeles, Chicago, Washington, D.C., the Bay Area, Boston, Dallas, Philadelphia, Houston, and Atlanta) all worked from home in much larger numbers than those in smaller cities—about 38% of the time, they reported. That has held steady across each monthly installment since for the past year-and-a-half.

But there’s been a gradual decline in remote work in mid-tier cities. There, employees reported working from home about 29% of the time, only a few percentage points above the third category—small cities, where the figure hovered around 26%.

The findings back up their earlier research, which revealed that working from home is more common in more populated areas because dense cities tend to have a high concentration of “knowledge workers,” whose jobs typically enable them to work from anywhere.

While particular work from home arrangements vary widely by industry, location, and job title, one thing is clear: Whether or not workers flee their small apartments for literally greener pastures, they’re not returning to work at nearly the level their bosses may expect.

Foot traffic remains down in every major city’s offices. Last month, only 30% of office workers went into the office on Fridays—the least of any weekday—according to data property management and security firm Kastle Systems provided to Fortune.

Some experts say none of this is likely to change, even as people return to concerts, hotels, and restaurants en masse. As Indeed’s vice president of global talent attraction and HR analytics Scott Bonneau recently put it, when it comes to remote work, “you can’t put the genie back in the bottle.”