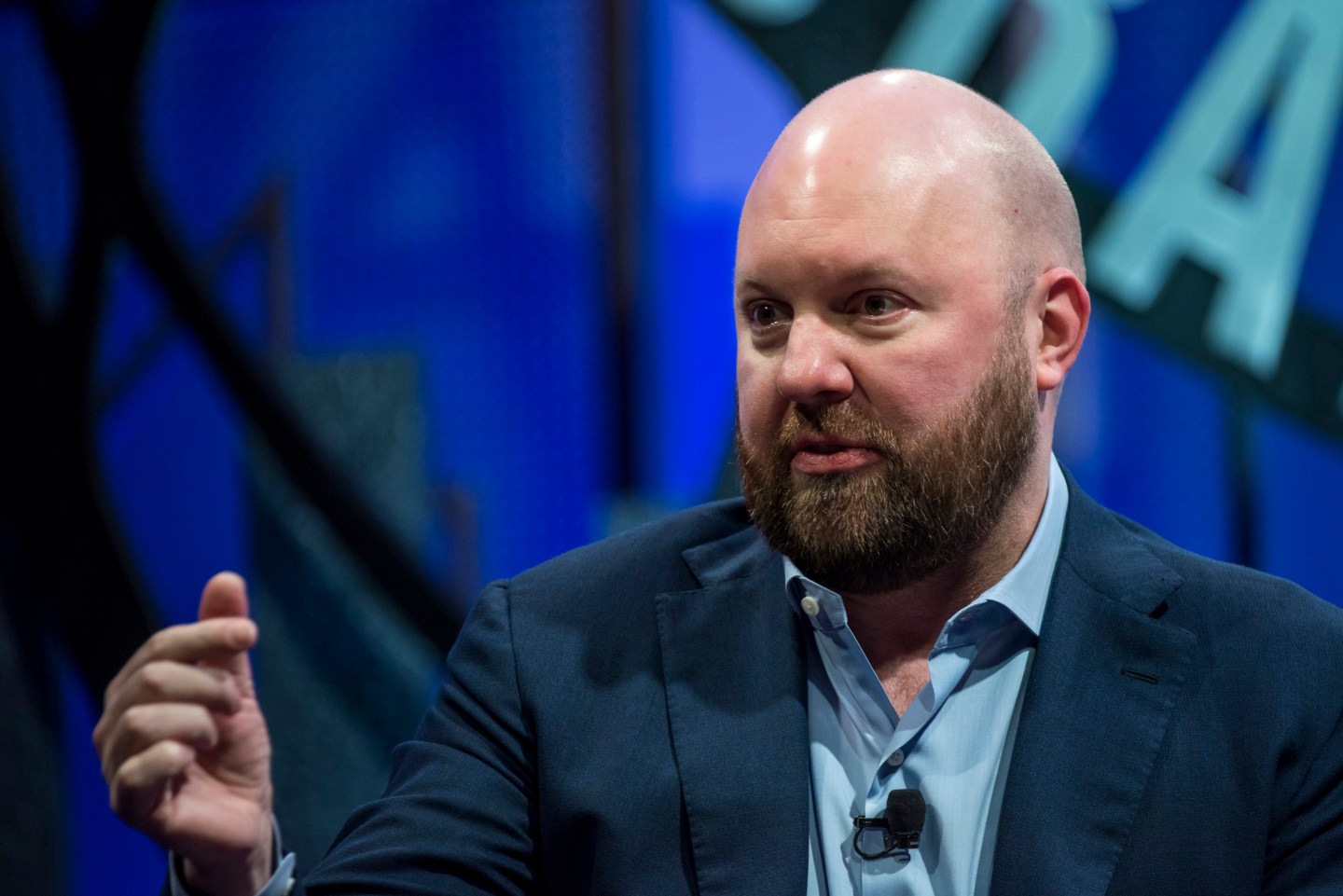 Marc Andreessen, a towering figure in Silicon Valley’s venture capitalist community, tells boards they need to make IT experts feel like they are first-class citizens at their company.
David Paul Morris—Bloomberg/Getty Images

One of Silicon Valley’s best-known venture capitalists has a message for corporations facing the shift to a digital age: Take the top IT expert sitting by the wall at the next board meeting and put them in charge.

Marc Andreessen, tech entrepreneur and cofounder of Andreessen Horowitz, warns current C-suites in most big companies will struggle to unlearn all that they have learned, so the best approach is to simply pass on the baton to a digital native who has an inquisitive mind open to new ideas.

“Find the smartest technologist in the company and make them CEO,” Andreessen told McKinsey’s The Quarterly Interview: Provocations to Ponder.

Incumbent companies are no better at judging transformational technology than they were in the first internet boom, he warned. Rather than having ingrained culture found in a true tech company, they tend to end up with a digital department that has one person who’s a technologist.

Many corporations are still inclined to think the current bear market will shake out high-growth, high-risk tech companies and that therefore they can go back to business as usual.

This leads to a false sense of security, such as what once prompted a now shuttered brick-and-mortar bookseller like Borders to outsource its online business to Amazon in 2001 after the internet bubble popped.

“Big, classic Fortune 500 companies have the same problem they had 20 years ago. I thought the problem would shrink over time, but I’m not sure it has,” he said. “The true technologists inside so many big companies are not the primary people at the company. They’re not treated as first-class citizens.”

Andreessen said he can always tell if there’s a real one in the room when he’s meeting with a board to discuss transformative trends like artificial intelligence and decentralized finance.

The technologists are the ones sitting against the wall nodding their head, he said: “They’re thinking, ‘Finally, somebody is showing up and actually saying this to these people. Maybe they’ll finally get it.’”

To illustrate his point, Andreessen picked the rise of Tesla, a company run by a technologist, that displaced incumbent carmakers.

Whereas a company like General Motors built a reputation on elevating MBAs from their treasury department to the top jobs to cater to Wall Street’s quarterly forecasts, Elon Musk has put all of his attention on building the best product even if it meant years of steady losses.

Now Tesla sets the industry benchmark for software-enabled electric vehicles thanks to its perseverance, said Andreessen.

“The engineers working on self-driving cars are the most important people at Tesla. Elon talks about them all the time,” he said. “They’re basically the leaders in the company. The people working on that stuff at traditional OEMs [original equipment manufacturers] are not.”