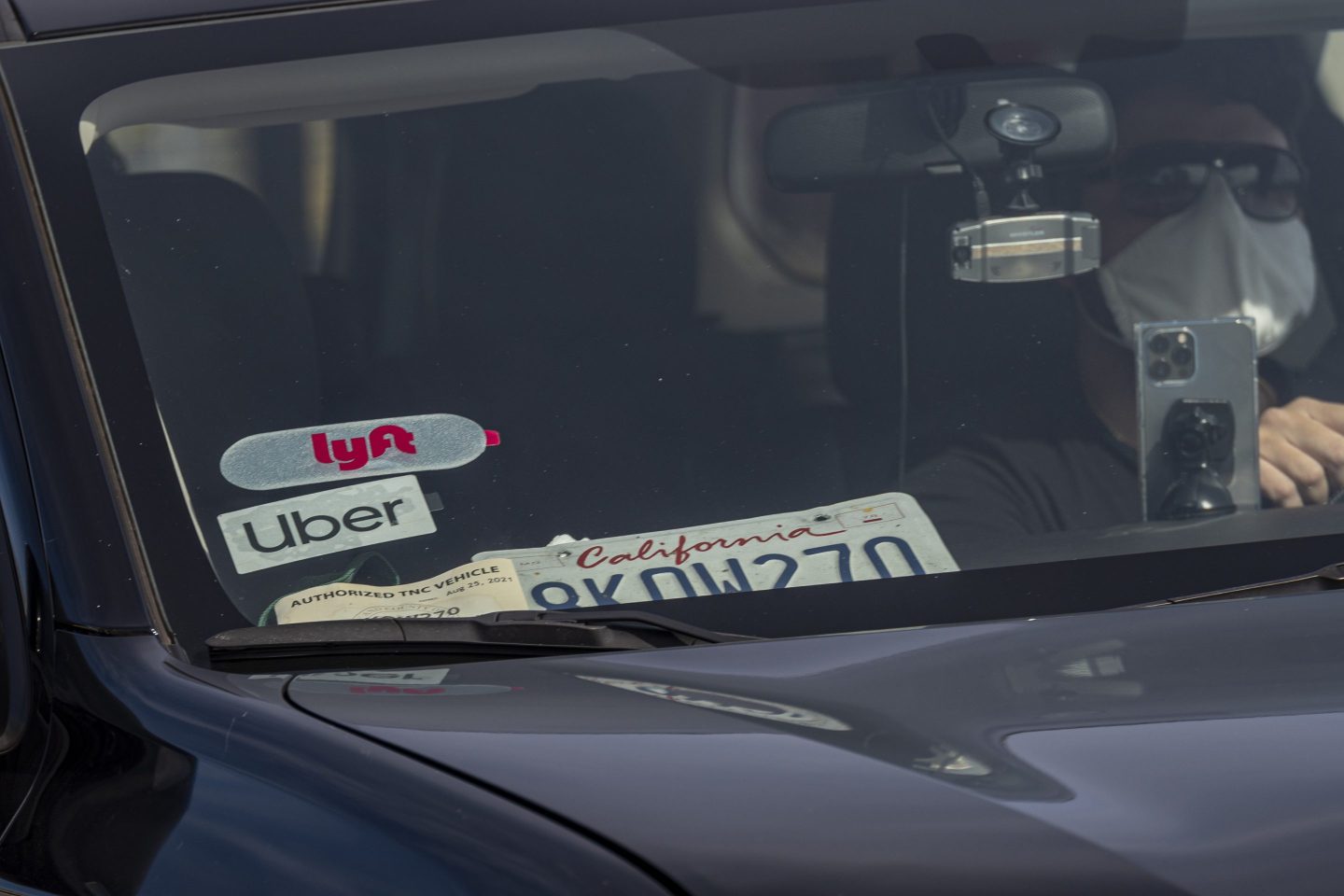 While Uber’s behavior under former CEO Travis Kalanick and the company’s close links to politicians have captivated the media, rideshare drivers have more pressing concerns. Inflation has squeezed their margins and prompted some customers to reconsider their spending habits.

“Most drivers are not even aware of Uber’s day-to-day news, they just grind and try to put food on their tables. Uber has not done anything to benefit the drivers in the last six years as far as earnings are concerned. They’ve cut rates four times since 2017,” Sergio Avedian, a senior contributor at The Rideshare Guy told me.

However, the latest revelations could complicate Uber’s efforts to push a clone of Prop 22–which exempted gig economy companies from California’s labor protections–in other states.

“They’re getting pushback from legislatures [in places] like Massachusetts and Australia, so with this weekend’s news, politicians may be more careful dealing with gig economy companies,” Avedian said.

Drivers for ride-sharing businesses such as Uber and Lyft are struggling with sky-high gas prices, with some threatening to stop driving entirely.

Surging gas costs aren’t simply an inconvenience when you drive for a living: they’re margin killers that eat your take-home earnings and endanger your survival. You are forced to pay record-high fuel prices without receiving additional compensation.

The drivers pay the vehicle maintenance costs and the rise in gas prices has reduced their profits. They see this as a threat to their livelihoods.

Uber and Lyft have both responded to the crisis with fuel surcharges in hopes to offset the increasing overhead costs for their drivers.

According to AAA data, the national average price of a gallon of petrol last week was $4.80. The average for the same week a year ago was $2.859.

Uber has implemented a similar policy. Depending on the market, they are charging passengers either $0.45 or $0.55 per ride. The surcharge per ride is a flat rate based on the average trip distance and the gas prices in each state. According to Uber, the new gas surcharge started on March 16 and was set to end in June, but due to the ongoing high prices, it was extended indefinitely.

Surcharges are viewed as an insult by drivers

Harry Campbell, the founder of The Rideshare Guy conducted a survey on social media and found out that there are changes in the behavior of the drivers with the changing surcharges.

One of the drivers who completely stopped driving told The Rideshare Guy that he viewed the compensation per ride as an insult, while another, who has reduced his driving, called the surcharge a “slap in the face.”

Instead of a flat rate per ride, drivers stated they would have preferred a per-mile surcharge to assist in covering the costs of lengthier trips.

“With increased gas expenses and a lack of tips, we should be compensated more because the riders do not know all the extra fees that come out of our bottom line,” one driver said. “I won’t be driving until there’s better assistance, or lower prices are available. It’s not even an income; it’s a loss right now,” said another.

So, what’s the solution?

​​Although a definitive solution is yet to be found, the increase in gas prices has sparked outrage among drivers. The situation is still perplexing.

Uber, Lyft, and other gig work platforms allow the drivers to see the amount they will get paid for the trip, as well as the estimated gratuity ahead of accepting the trip.

Drivers should make sure that compensation for the mileage incurred is fair to them before accepting each trip. Additionally, Uber has introduced the Green Future Program for drivers who switch to electric vehicles. The incentives can reach a dollar more per trip and up to $4,000 annually.

People have realized the necessity of new modes of subsidizing the cost of operating a rideshare vehicle. There are various companies (such as Pranos Inc) that will supplement a driver’s income by adding new layers of monetization. They may place advertisements on their vehicles in exchange for a charge from the advertisers, which would help drivers offset the exorbitant costs. There are also some services that enable drivers to sell snacks and other basic goods to their riders.

Many drivers are still assessing the situation and have no idea what the future holds. Everyone is concerned about the negative impact gas price surges will have on the gig economy if not addressed proactively.

David Astoria is the founder and CEO of Pranos Inc, a company that converts your car windows into your own HD billboard.