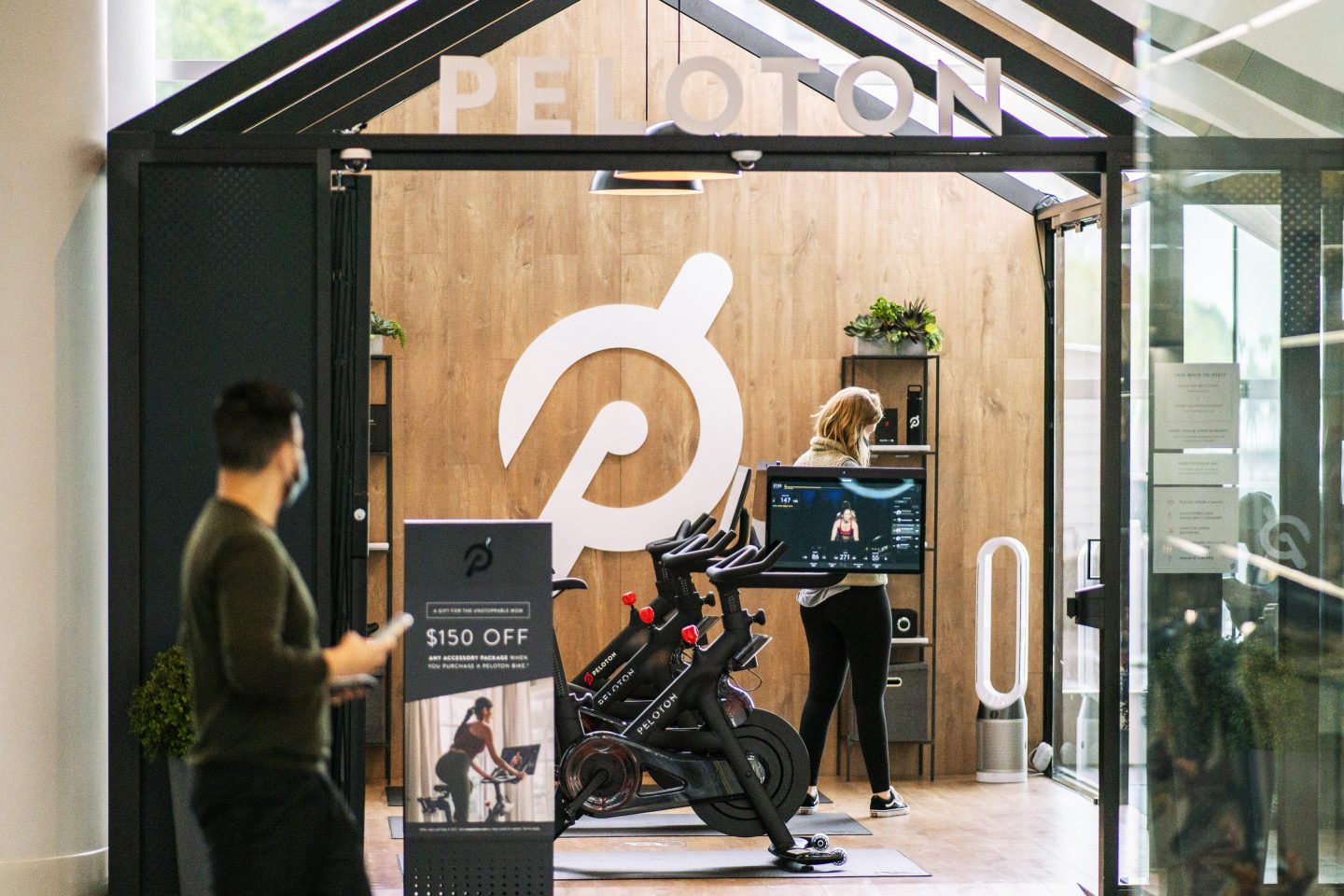 Peloton will no longer build its bikes and treadmills at its own factories.
John Smith—VIEWpress/Getty Images

Peloton Interactive Inc. will stop building its bikes and treadmills at its own factories and rely solely on partners for manufacturing, marking one of the most dramatic steps yet to simplify its operations and reduce costs. The shares jumped 2.7% as the market opened in New York Tuesday.

The move is an about-face from Peloton’s strategy over the past three years, when it split manufacturing between its own facilities and partners. The company built a portion of its standard Bike models and the higher-end Bike+ using facilities it acquired in 2019 as part of buying Tonic Fitness Technology. It also relied on Taiwan-based manufacturing partner Rexon Industrial Corp. to build bikes and its Tread treadmill.

Now, the company will cease operating its Tonic facilities and move all of its bike and treadmill manufacturing to Rexon, Chief Supply Chain Officer Andrew Rendich told Bloomberg News in an interview. “We are going back to nothing but partnered manufacturing,” he said. “It allows us to ramp up and ramp down based on capacity and demand.”

Peloton is making the change after several months of turmoil. In February, co-founder John Foley was replaced as chief executive officer by veteran media executive Barry McCarthy, and the company cut nearly 3,000 employees—including many members of its executive team. Rendich was appointed to his role in March.

A stock market juggernaut in the early days of the pandemic, Peloton has seen its share price fall about 75% this year. As gyms and economies started to reopen last year, Peloton’s growth sputtered. The company had incorrectly predicted that its business would weather the reopenings, and it was left with a glut of equipment.

The company previously canceled a plan to build its equipment in Ohio, but now it’s walking away from in-house production altogether. As part of the new arrangement, Peloton is expanding its partnership with Rexon while also maintaining other outside partners and adding new ones.

Peloton plans to keep working with Quanta Computer Inc. to manufacture a key piece of its equipment: touch screens. It’s also adding Pegatron Corp., which like Quanta is a major Apple Inc. supply chain partner, to build its upcoming rowing machine. Rendich said that new product is on track for release in 2022.

The company declined to say how much shutting down its operations would cost, but said that it will cut about 570 employees in Taiwan who work at the Tonic facilities. It will retain 100 existing staffers in Taiwan to work with its outside partners.

Rendich said that having dual supply chains—one internal and one external—required more resources to do well and that simplification is necessary to drive down costs and improve product quality. He said he currently manages two separate operations teams that will now combine into one.

Outsourcing production is a common practice among many of the biggest consumer electronics giants, including Apple. The iPhone maker designs its products and then works with Hon Hai Precision Industry Co., also known as Foxconn, to manufacture the devices.

Since replacing Foley, McCarthy has cut prices of Peloton hardware, raised its monthly content subscription fee and rolled out a leasing program that could lower the cost of ownership. Still, its equipment is seen as a premium-priced product with uncertain demand, and the company no longer has the confidence of Wall Street.

Peloton is banking on changes to its operations to help turn that around.

“One of the best simplifications we can do is go to partner manufacturing and getting out of the business of owned manufacturing,” Rendich said. “This allows us to do it even better than we have in the past.”