A Japanese aquarium has been forced to give penguins cheaper fish because of inflation. The penguins aren’t happy 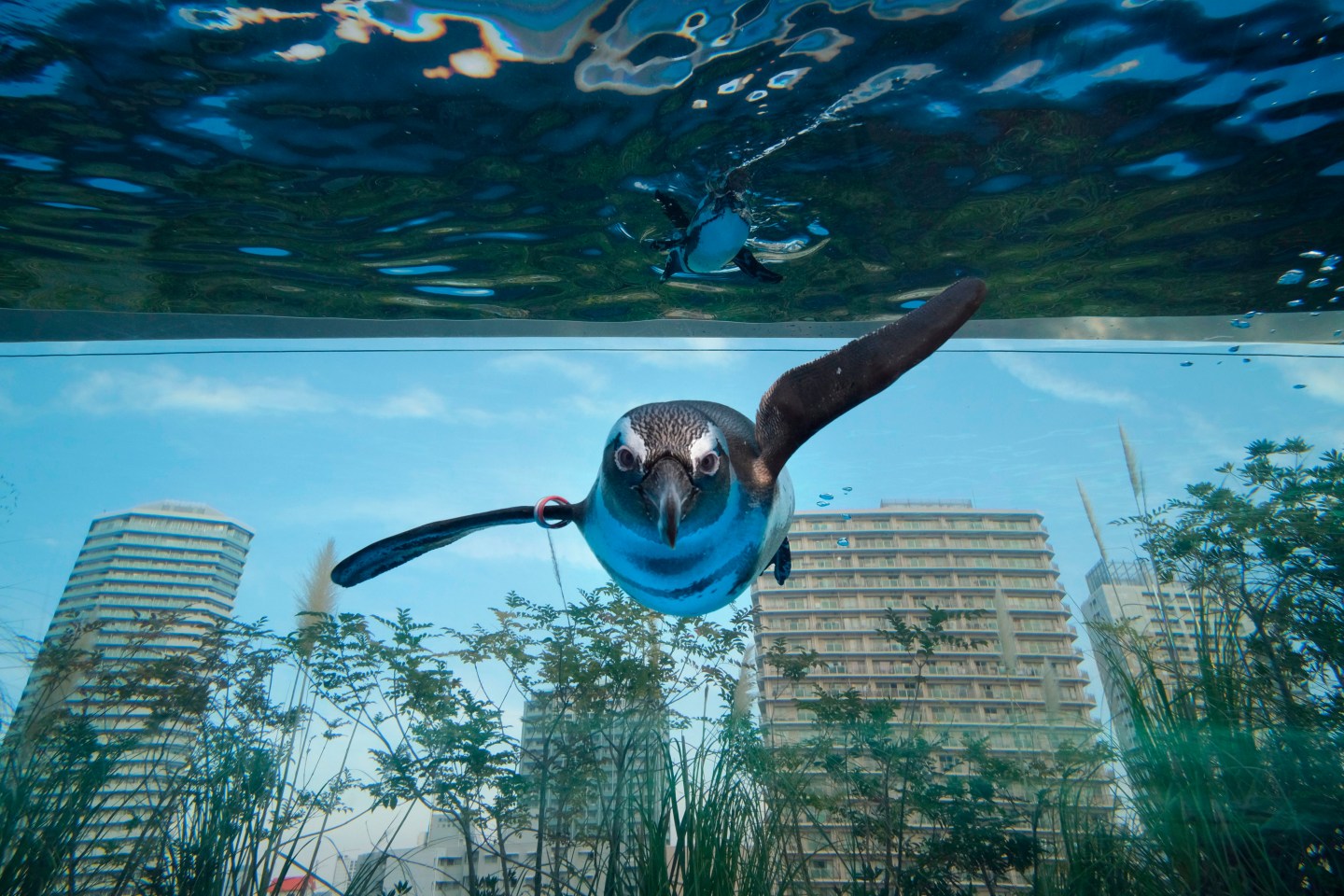 A Japanese aquarium has been forced to give penguins cheaper fish because of inflation. The penguins aren't happy.
Kazuhiro Nogi—AFP/Getty Images

Policymakers are scrutinizing consumer behavior throughout the world as rising inflation and interest rates inject uncertainty into the economy. But perhaps they haven’t paid enough attention to another important group: penguins.

A video from a Japanese news network went viral this week showing penguins at the country’s Hakone-en Aquarium rejecting a cheaper type of fish than what they’re accustomed to feasting on, effectively protesting their caretakers’ efforts to cope with inflation by cutting costs.

“They take it into their mouths at first, but then they decide they don’t like it and drop it,” said aquarium head Hiroki Shimamoto. “They sense something is off.”

Rather than the usual aji, or Japanese horse mackerel, the aquarium has been trying to feed its penguins a more common type of mackerel called saba that’s larger and, according to the finicky, flightless birds, less appetizing. In the video from All-Nippon News Network, the penguins can be seen turning their beaks away when a caretaker offers them the alternative fish.

Otters at the aquarium have responded similarly, per the video.

“Ideally, they would like to have a full aji, but they are patiently eating mackerel,” Shimamoto told TV Asahi, a CNN affiliate. Beyond cutting down on fish costs, the aquarium has also looked to save on electricity costs by shutting down certain pieces of equipment, according to Shimamoto. The aquarium hopes to not raise its admission fee.

The aquarium’s actions demonstrate how even relatively minor inflation can have a significant impact on consumer spending. Inflation in Japan, which includes food prices but excludes energy, increased  2.1% year-over-year as of May.

In the U.K and U.S., where energy costs are included in calculations, inflation has reached four-decade highs of 9.1% and 8.6% respectively. It’s also the highest it’s ever been in the eurozone, currently standing at 8.6%. It’s impacting other countries across the globe as well, with South Africa and Australia also hitting new inflation records.

In addition to rising inflation, Japan is also dealing with a weakened national currency, with the yen hitting a 24-year-low against the U.S. dollar last month. That decline in value is in part due to the Bank of Japan (BOJ) maintaining a loose monetary policy with interest rates near 0.0% even as central banks of other countries raise theirs

The Federal Reserve in the U.S. has so far instituted three interest rate hikes this year, including its biggest since 1994 in June. The bank will likely impose further hikes even as signs of an economic downturn loom.

One country that has similarly maintained a loose monetary policy for the sake of economic growth is Turkey, which has kept its baseline interest rate at 14% since December and has shown no signs of increasing it. Unlike Japan, however, Turkey’s rate of inflation is among the worst in the world, currently at 78.6% according to government data released on Monday.

The prospect of inflation continuing to increase in Japan doesn’t pose any real threat to its penguins, however. “All of the animals at the aquarium are family and we do our best to keep them healthy,” said Shimamoto. “We would never force any animal to eat what they don’t want.”