The global economic outlook has ‘deteriorated materially’ and there’s more pain ahead, according to the Bank of England 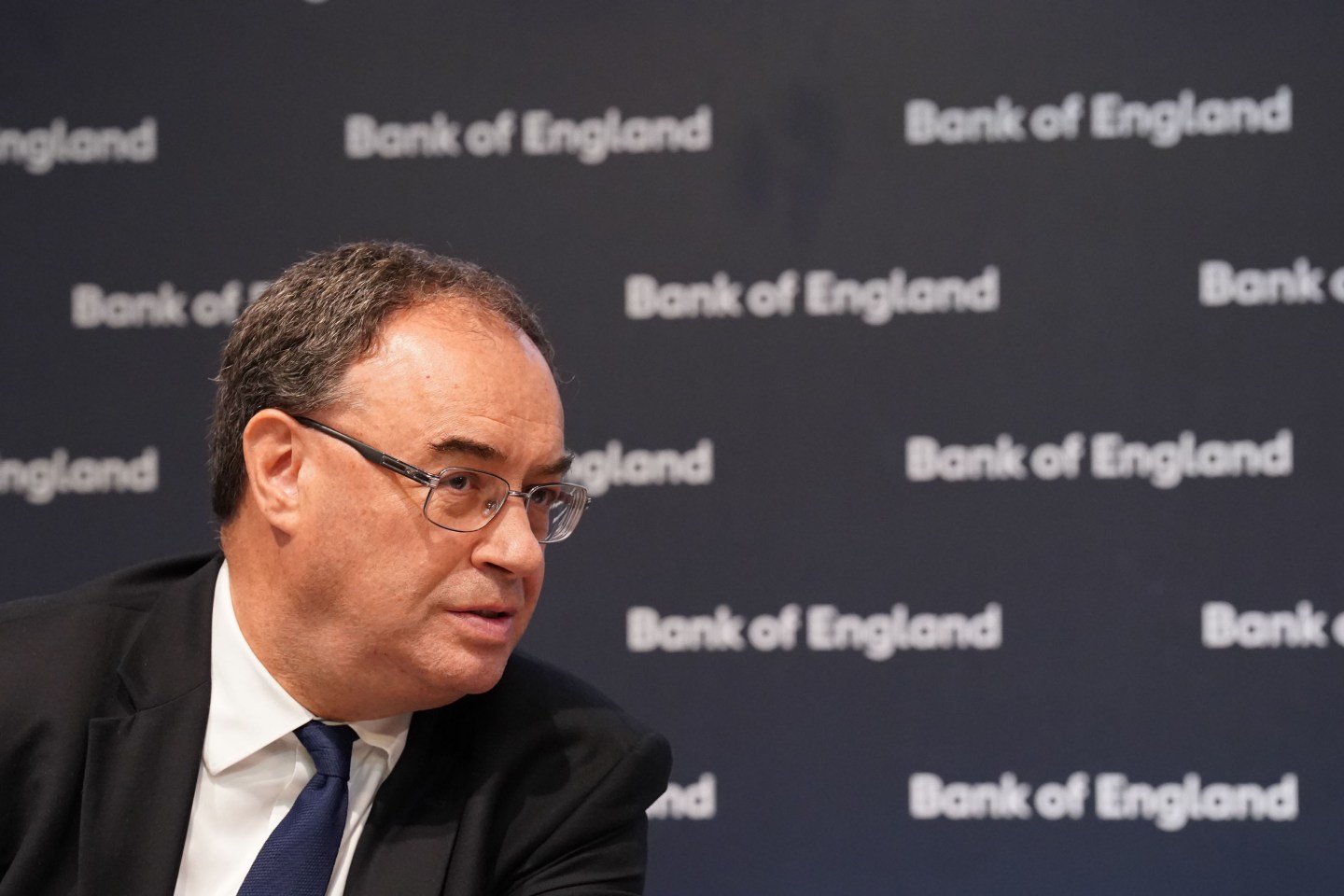 In a stark warning to the U.K. and the world, the Bank of England cautioned that inflation is here to stay, and urged U.K. banks to start saving up for rainy days ahead.

The institution now warns that prospects for the U.K. and global economy have “deteriorated materially,” according to the central bank’s latest Financial Stability Report, released on Tuesday.

A number of “inflationary pressures” fueled by sharp price hikes in food and energy, have led to the downgraded outlook, according to the report, which added that higher prices for essential goods are “largely a result of Russia’s illegal invasion of Ukraine.”

The report comes just weeks after the U.K. inflation rate hit 9.1%—its highest level since 1982—with high food prices already forcing schools to make lunch portions smaller and high fuel prices creating concerns that working-class households will be unable to afford hot water or heating next winter. In response, the Bank of England has resorted to a series of interest rate hikes to tame inflation in the country, raising rates for the fifth time since December last month.

A number of factors will likely continue to make the economic outlook uncertain, according to the central bank, including the war’s impact on global food and energy prices, rising government debt worldwide, and the lingering threat of COVID-19 lockdowns in China affecting supply chains and markets.

But despite gnawing uncertainty over markets’ volatility in the near term, the central bank also wrote that U.K. banks are still in a good position to “support U.K. households and businesses.”

U.K. banks are still posting strong levels of capital and liquidity despite inflation and rising borrowing rates, according to the report, which should help the banking sector stay afloat even if the worst fears of stagflation or a recession are realized.

“U.K. banks have capacity to weather the impact of severe economic outcomes,” the report read.

The bank also announced it would begin implementing a series of “stress tests” starting in September, which will gauge banks’ resilience and ability to weather different degrees of economic shocks.

The threat of high prices and slow growth could combine to make it harder for households and businesses to repay debts, which would make them more vulnerable in the case of a severe economic downturn, according to the report. But officials from the central bank remain optimistic about the banking sector’s ability to weather the storm.