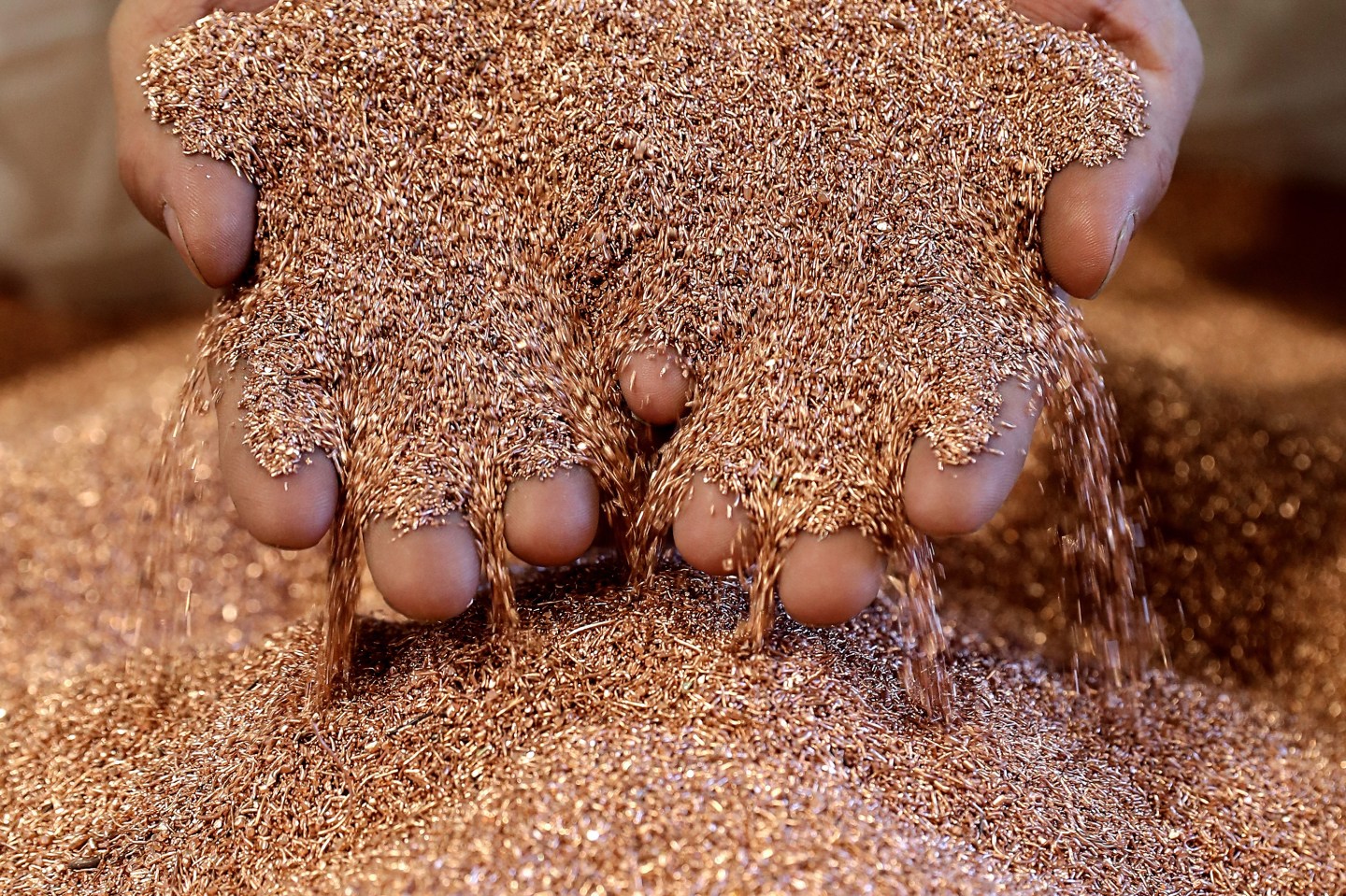 Prices for copper hit a 20-month low in the latest sign that the global economy is tipping toward recession.
Brendon Thorne—Bloomberg

Demand for copper, a leading economic indicator, plummeted on Wednesday in the latest signal that a global slowdown is already tipping toward a recession.

Prices fell nearly 5% to less than $7,500 a ton, hitting a near 20-month low as commodities across the board retreated amid a malaise in sentiment.

“There is no bullish news at the moment, really,” Fan Rui, an analyst with Guoyuan Futures Co. told Bloomberg.

“Europe, US are facing risks of recessions and can hardly contain inflation, which will lead to monetary tightening that is bearish for copper, while in China, the economy is facing a double blow from the flare-up of new cases and a weaker-than-expected demand recovery.”

After iron and aluminum, copper is the third most consumed metal in the world, since it is an excellent conductor of both heat and electricity, as well as being highly malleable.

And yet while steel comes in hundreds if not thousands of different alloys—making it difficult to speak accurately of a global benchmark contract—copper is a true commodity traded in its pure form without the addition of other elements like zinc or nickel.

Since it is also one of the most versatile base metals employed not just in construction or electronics but often a vast array of unrelated industries, its ability to predict swings in the broader economic cycle based on the ebb and flow of its demand has earned it the academic nickname “Dr. Copper”.

Copper officially entered a bear market, defined as a 20% decline from a previous high, on June 24. This has been a reliable indicator of a looming recession going back as far as the past 30 years.

According to estimates from the World Economic Forum last October, roughly 20.7 million tonnes (22.8 imperial tons) of virgin copper were hauled up out of the earth.

This doesn’t take into consideration the amount of copper scrap that is melted down and recycled, which the International Copper Association estimates can total another 8.7 million tonnes annually.

Recession signals have, however, been piling up recently amid fears the Federal Reserve will need to continue hiking rates to combat persistent high inflation.

The Atlanta branch of the Fed estimated last week second-quarter U.S. gross domestic product will shrink another 2.1% on an annualized basis after economic output contracted 1.6% in the first three months of this year.

Should this prove true, it would push the U.S. economy into a technical recession.

China is not looking much better as growth has been hampered by its draconian efforts to exterminate the Coronavirus across the country under its zero-COVID policy.

Europe meanwhile is suffering the most as post-Brexit Britain sees trade collapse while the continent risks rationing its energy supply as it attempts to wean itself off a dependence on Russian oil and gas.

Copper fell as much as 4.9% to $7,291.50 a ton on the London Metal Exchange, the lowest since November 2020, before recouping some of its intraday losses later in the session.