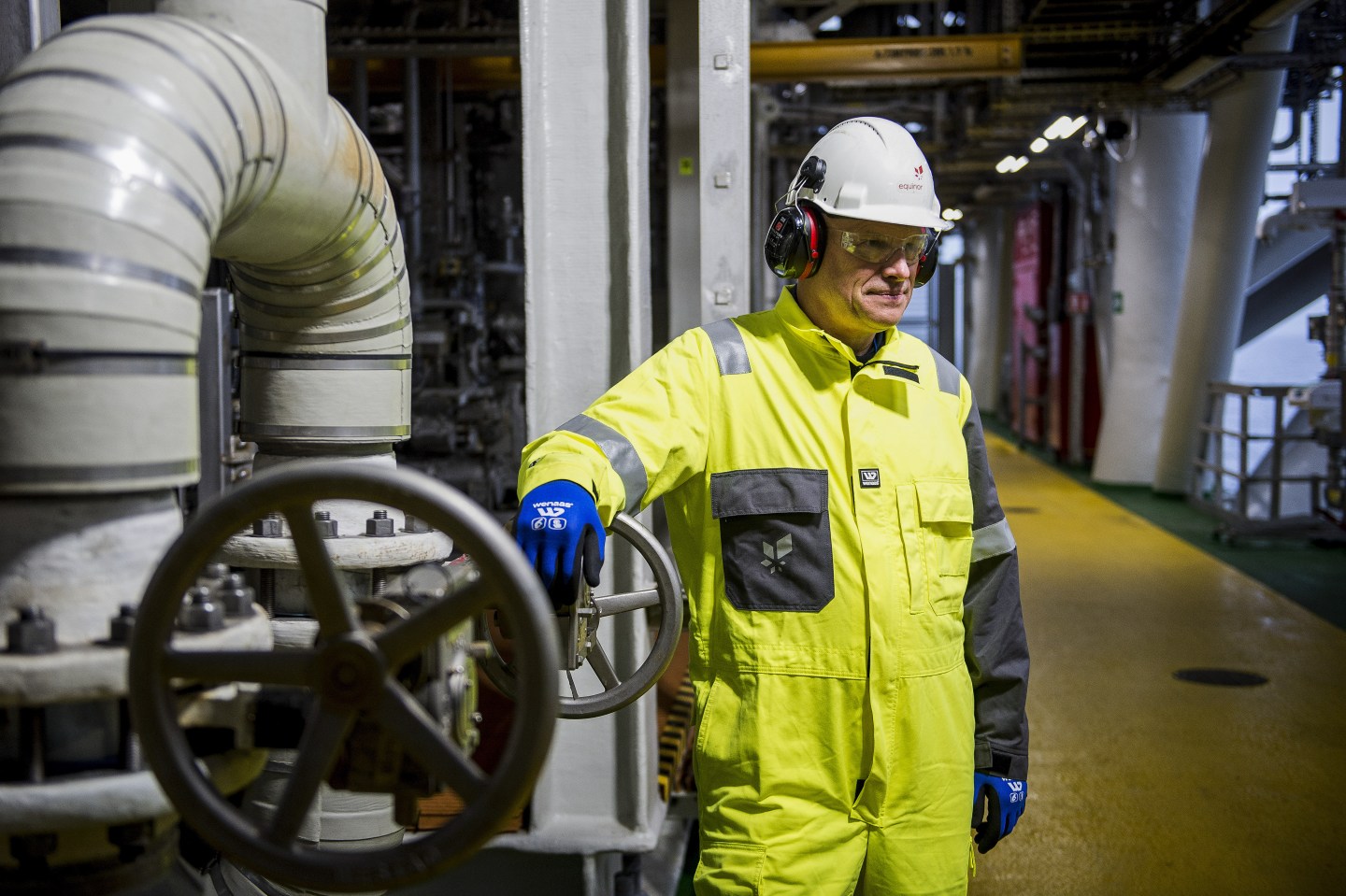 An executive of Norwegian oil and gas giant Equinor working on a platform in the North Sea.

A workers’ strike set to shut down nine oil and gas fields in Norway this week is threatening to create even more chaos in European energy markets that are already starved for fuel.

On Tuesday, Norwegian oil and gas giant Equinor announced a “controlled shutdown of production” at three of its offshore oil and gas fields in response to a worker strike over wages. Operations at three more fields are expected to close down by Wednesday because of the strikes, with another three expected to be put on pause starting on Saturday.

The strike is being organized by the Norwegian Organization of Managers and Executives, also known as Lederne, a trade union representing managers, engineers, and technical staff in several professions, including offshore oil and gas fields. Lederne rejected a settlement on wage negotiations last week, announcing strike action.

The strike is designed to persuade oil and gas employers to increase wages and compensate for rising inflation in Norway, Audun Ingvartsen, the leader of Lederne, told Reuters. Annual inflation in Norway recently hit 5.7%, the highest in over a decade.

Lederne did not immediately respond to Fortune’s request for comment.

Combined, the stalled production at the nine fields will lead to a reduced gas output of 1,117,000 barrels of oil equivalent per day, or 56% of Norway’s gas exports, according to the Norwegian Oil and Gas Association (NOG).

A spokesperson for Equinor told Fortune that the huge hit to Norway’s gas exports is because strikes at those nine locations are likely to affect other parts of the country’s oil and gas output.

“We have confirmed that a shutdown of these installations will also in a significant way affect connected fields and infrastructure, and that NOG’s estimated impact is consistent with ours,” the spokesperson said.

Such a large reduction in gas exports would be bad news for a gas-starved Europe, as Norway is the continent’s second-largest gas supplier behind Russia, accounting for over a fifth of Europe’s natural gas imports.

It could also put a major wrench in Europe’s plan to wean itself off Russian energy over the next few months in an attempt to cut off funding for the country as it continues its invasion of Ukraine.

Norway’s role as a gas exporter to Europe has taken on increased prominence over the past several months, as Russian gas supply to the continent has become increasingly unstable ever since the invasion of Ukraine began in February. Last month, Russian gas company Gazprom shut off gas flows along the critical Nord Stream 1 pipeline citing technical problems, an action European officials deemed to be “politically motivated.”

And with fears growing that flows along the Nord Stream will remain constrained for the foreseeable future, European officials have attempted to hedge their bets by boosting gas supplies from more reliable and stable Norwegian producers. Last month, the EU and Norway signed off on a deal to increase natural gas production in the country and grow sales to Europe, bringing “close to 100 TWh of extra energy to the European market,” according to a statement.

But if no solution to the ongoing wage dispute in Norway is found, one of Europe’s last stable suppliers could begin to falter, further tightening a historic energy market squeeze on the continent.

NOG officials said they were “very surprised” when Lederne refused a settlement on wage negotiations and announced intentions to take strike action at the end of June, although Norwegian oil and gas workers have been demanding wage increases for over a month due to rising prices in the country.

In early June, Lederne threatened strikes at 10 of its offshore installations if wage demands weren’t met. At the time, Ingvartsen told Reuters that he hoped a strike could be avoided, and that the union did not want to see gas supplies to Europe constrained.

“We will try to avoid affecting gas production as we are mindful about the situation with gas supplies in Europe,” he said.