More than 10,000 U.S. flights were delayed Friday and Saturday: ‘The summer of 2022 is going to be a very unpleasant one for far too many airline passengers’ 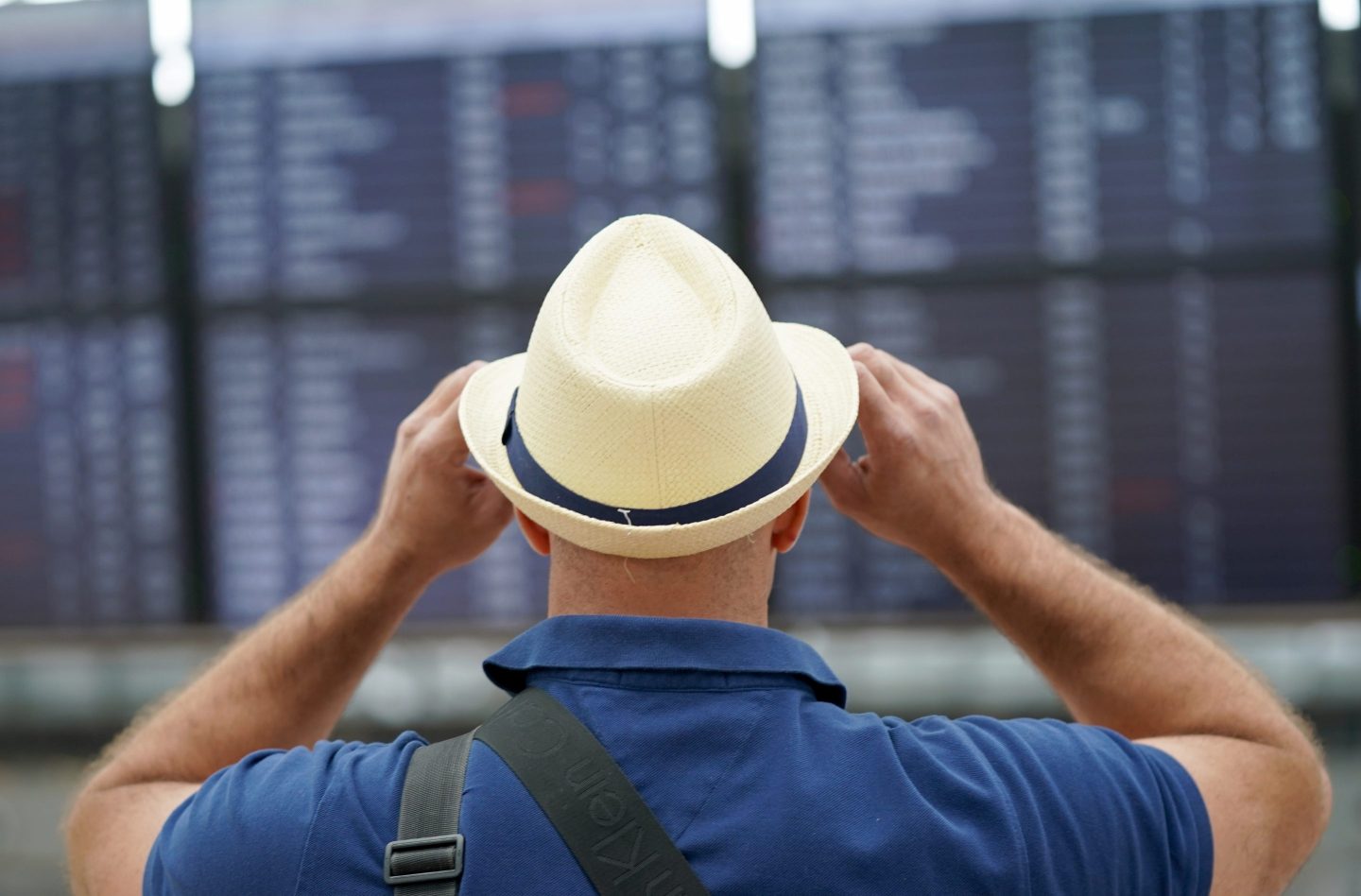 An air traveler stands in front of the check-in counters in Terminal 1 at Hamburg Airport on July 1.
Marcus Brandt—picture alliance/Getty Images

People across the U.S. are expected to fly in the highest numbers since the start of the COVID-19 pandemic for the July 4 holiday weekend, stressing a beleaguered transportation system experiencing tens of thousands of cancellations and delays.

July 4 travelers might also have to contend with bad weather. Thunderstorms are on tap for a stretch of the East Coast from Washington to Boston on Saturday. Further south, Tropical Storm Colin formed “unexpectedly” off the coast of South Carolina, according to the National Hurricane Center.

The Transportation Security Administration said it screened about 2.5 million passengers at U.S. airports on Friday in what it expects to be the year’s busiest travel weekend yet.

As many as 12.3 million people are expected to pass through airport security between June 30 and July 4, according to the Chaddick Air Travel Bulletin by DePaul University—about 8% more than on Memorial Day weekend in May, the traditional kickoff of the summer-travel season.

Passengers are being asked to shell out hefty prices for tickets despite the increasing likelihood of hassles, as airlines try to wring out profits amid surging costs. Domestic fares are expected to average $437 round-trip, the highest in five years, according to travel app Hopper Inc.

“Unfortunately, the summer of 2022 is going to be a very unpleasant one for far too many airline passengers,” said Henry Harteveldt, founder and travel industry analyst at Atmosphere Research Group.

U.S. carriers are eager to show that they can be reliable during times of heavy demand, but have struggled to cope with travelers returning to the skies after two years of COVID-19 foiling summer plans. Airlines huddled with Biden administration officials this week to game-plan for the days ahead.

From May 27 through June 30, the seven largest U.S. airlines scratched 2.7% of flights, or 13,783, according to FlightAware.com. Another 25.3%, or 126,620, were delayed, for an average 50 minutes. Using a conservative estimate of 100 passengers per flight, that means at least 14 million travelers have been affected over the past five weeks.

In a letter to members of Delta’s frequent-flier program, Bastian warned that “things won’t change overnight” despite the airline’s efforts to improve. The apology followed Delta’s unusual offer to let passengers change travel plans across its network during the “potentially challenging” holiday without paying a fare difference or change fee.

On a recent flight from Michigan to Minnesota, Delta said it would give $10,000 to eight passengers who would give up their seats on the oversold plane, and offered immediate payment for those with Apple Pay, according to a magazine writer who said he was on the plane. (He didn’t take the offer.)

Offering passengers money to give up a seat on an overbooked flight is one of the tools gate agents have to take care of customers and get aircraft out on time, a Delta spokesman said. He wouldn’t confirm the $10,000 offer.

After a 15% increase in passenger complaints this spring, Transportation Department Secretary Pete Buttigieg has pressed carriers to adopt more reasonable summer schedules. Airlines and regulators have been at odds over who is most to blame for the recent disarray, with carriers pointing, in part, to air-traffic-control staffing shortages.

“We look forward to continuing to work closely and collaboratively with the federal government to address a range of shared challenges, including inclement weather, not only over the holiday weekend but year-round,” Airlines for America, the lobbying group for major carriers, said after the call.

Despite the growing frustrations, U.S. airline stocks haven’t done much worse than the broader market. The S&P Supercomposite Airlines Industry Index is down 24% this year, compared with a 21% drop in the S&P 500 Index. But as concerns about the economy deepen, investors and analysts are wary.

“Airlines have a pretty poor track record during recessions and I would not recommend the group at this point,” said Rob Anderson, investment research analyst at Ned Davis Research.

About 74% of leisure passengers who took or planned a flight from May 20 through Sept. 12 said they regret their choice to fly, according to Atmosphere Research’s second-quarter U.S. Travel Survey. But there are limited alternatives in the US for medium- to long-distance trips, Harteveldt said.

On top of higher demand, a persistent pilot shortage at regional carriers has led to flight reductions and cancellations. Weather, a deficit of airport workers and employees out sick with Covid have also snarled traffic. Delta, American Airlines Group Inc., United Airlines Holdings Inc., Southwest Airlines Co. and JetBlue Airways Corp. have pared their summer schedules to try to smooth out bumps.

Airline seat capacity remains about 7% below 2019, while demand this weekend will reach 93% of pre-pandemic levels, according Cirium data cited in the DePaul report. With planes packed, that means travelers on canceled flights could have trouble securing another seat.

“The difference with this holiday lies in the sheer magnitude of the travel volumes,” said Joseph Schwieterman, who authored the DePaul report. “If cancellation rates hit 6% industrywide, as they did on certain days in the recent past, the problem would likely reach crisis proportions, with tens of thousands of passengers being stranded for a day or more.”