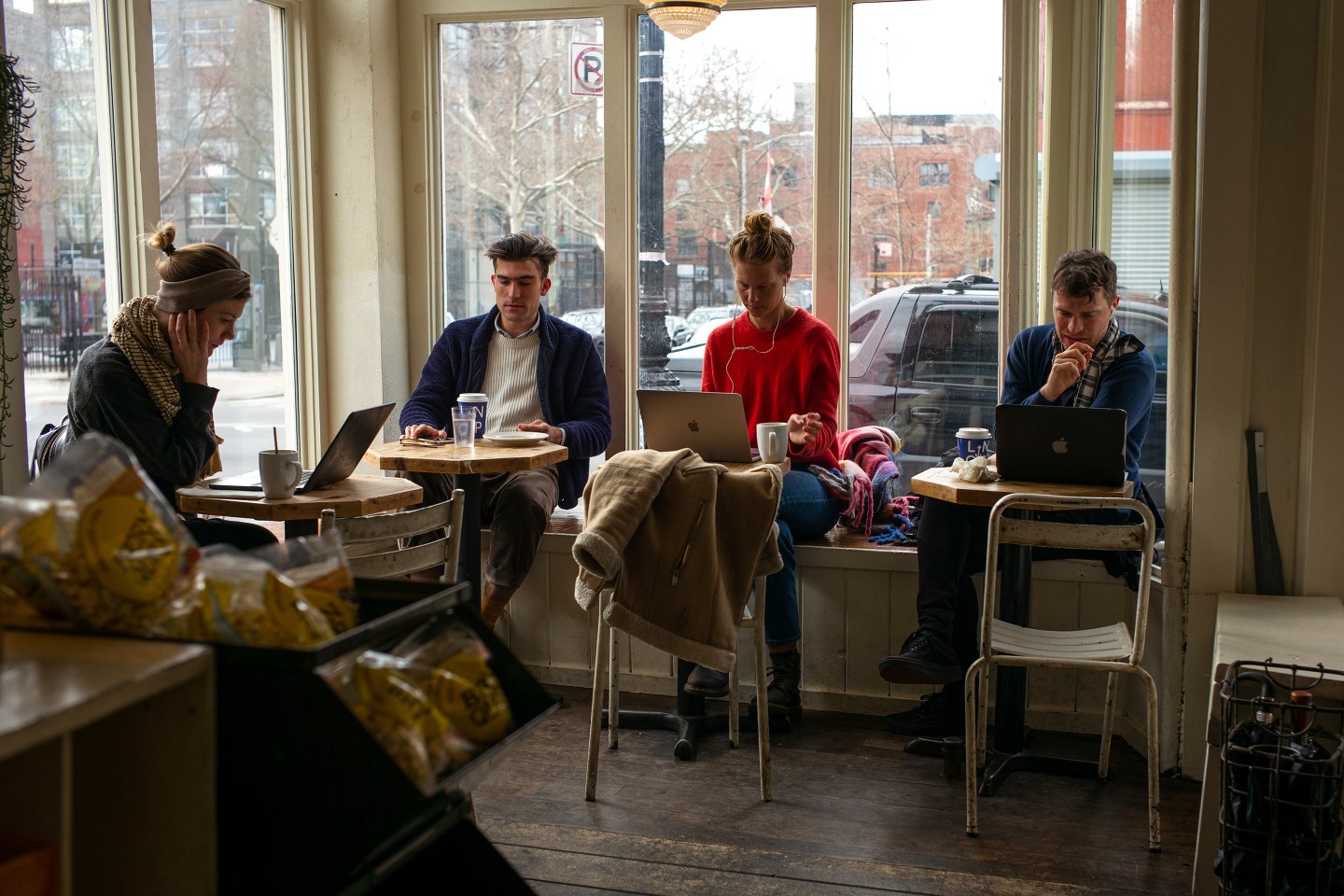 Office visits in San Francisco, New York City, and Chicago still aren’t as frequent as they were before the pandemic.
Robert Nickelsberg—Getty Images

Empty chairs at empty tables. That’s what one might find at company headquarters in America’s biggest cities, as workers continue to resist a return to the office.

In-office visits in San Francisco, New York City, and Chicago still aren’t as frequent as they were before the pandemic, according to new research from locational analysis software Placer.ai that analyzed foot traffic data in nearly 200 office buildings in all three cities.

San Francisco had the least amount of office foot traffic in May, down by a whopping 67.8% compared with three years ago. Less dramatically, Chicago saw a three-year decrease in foot traffic of 45.7% and New York City a 40.6% drop.

San Francisco is likely struggling the most because the city was hit hardest in terms of a declining city population during the first year of the pandemic, Placer.ai points out. It lost 6.3% of its population from 2020 to 2021. This is partly the result of an increase in remote work for those in tech jobs and the overall trend of people being pushed out of the city owing to increased rent.

Once the epicenter of the pandemic in the U.S., New York City also experienced a dip in population as the wealthy fled for the suburbs. But they began to flock back a year later, which has helped the city’s office life gradually bounce back.

While the Big Apple and Chicago are experiencing what Placer.ai calls a “slowly but surely” comeback in office foot traffic that San Francisco isn’t, that none of these cities have fully recovered shows just how much workers want to keep working remotely, even as their bosses order people back to the office.

If any trend has emerged from the Great Resignation and the past two years of remote work, it’s that white-collar employees generally like workplace flexibility. What they don’t like as much—the office.

Research from McKinsey & Co. found that 58% of Americans have the option to work remotely at least one day a week. A separate study by WFH Research revealed that about 40% of workers who are doing just that said that they’d quit or look for another job if they were required to fully return to the office.

It’s already happening: Many are so adamant about working from home that they’re threatening to quit or simply don’t show up to the office, even as CEOs like David Solomon of Goldman Sachs demand a full-fledged return. Hybrid policies like that of Google, which has offices in Chicago and New York, have received mixed reviews.

But there are signs that CEOs might end up getting their way, at least partially. While foot traffic into offices in these superstar cities isn’t what it once was, a slow rebound is apparent in Placer.ai’s data. Visits to the office this past May were up since last year by 90.6% in San Francisco, 65.5% in New York City, and 57.6% in Chicago. Office visits were also up month-over-month for at least seven months in all three cities.

Workers are slowly returning, but new COVID variants and the desire for flexibility are putting a dent in office culture, at least for now.