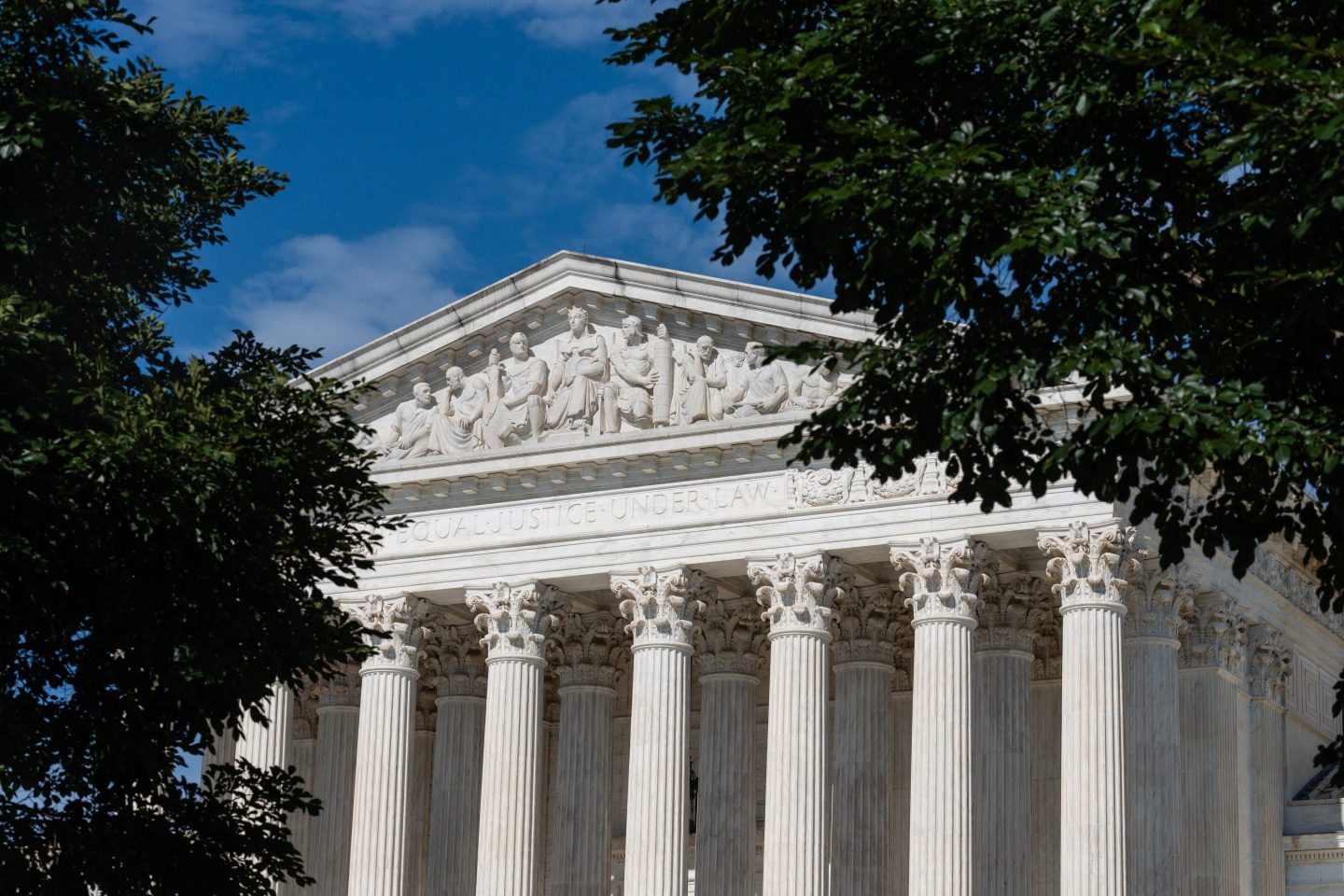 The justices voted 6-3 in favor of restricting the EPA's authority to curb greenhouse gases from power plants.
Eric Lee—Bloomberg/Getty Images

The 6-3 ruling interpreting the US Clean Air Act is likely to keep the administration from imposing the type of wide-ranging emissions-cutting plan the EPA tried to put in place when Barack Obama was president. It limits the agency’s available tools amid increasing evidence that climate change is causing rising sea levels and more extreme weather patterns. The ruling could have a broad impact and affect other regulatory agencies.

The majority said that, while the EPA can regulate power plant emissions, the agency can’t try to shift power generation away from fossil-fuel plants to cleaner sources, as Obama’s Clean Power Plan sought to do. Writing for the court, Chief Justice John Roberts said Congress needs to speak more explicitly to give an agency that much power.

“A decision of such magnitude and consequence rests with Congress itself, or an agency acting pursuant to a clear delegation from that representative body,” Roberts wrote.

“The court appoints itself—instead of Congress or the expert agency—the decisionmaker on climate policy,” Kagan wrote for the three dissenters. “I cannot think of many things more frightening.”

The ruling casts fresh doubt on Biden’s pledge to reduce U.S. emissions in half by the end of decade and his goal of a carbon-free electric grid by 2035. Hitting those targets will be impossible without regulations to stifle greenhouse gases from oil wells, automobiles and power plants, as well as tax incentives designed to spur clean energy, according to several analyses.

Roberts pointed to the so-called major questions doctrine, saying “we presume that Congress intends to make major policy decisions itself, not leave those decisions to agencies.”

Under the Clean Power Plan, states were encouraged to shift electricity generation from higher-emitting sources, such as coal, and toward lower-emitting options, such as renewable power. The Clean Power Plan never took effect, and when Donald Trump became president, the EPA rescinded the rule and adopted a narrower approach.

The Supreme Court case grew out of a group of legal challenges to the Trump rule. A federal appeals court in Washington said the Trump plan was based on an overly restrictive read of the EPA’s authority.

That prompted backers of the Trump rule—companies including Westmoreland Mining Holdings, and 19 Republican-led states led by West Virginia—to turn to the nation’s highest court. Their appeal said the lower court ruling would let the EPA remake the U.S. electric system, going well beyond what Congress intended when it enacted the Clean Air Act in 1970.

The Biden administration said the text of the Clean Air Act doesn’t preclude efforts to shift power generation to cleaner sources. The White House drew support in the case from a mix of industries, including technology companies and electric utilities, as well as environmental organizations.

The case centered on a Clean Air Act provision that requires the EPA to identify the “best system of emission reduction” for existing pollution sources and then tasks states to come up with implementation plans.

—With assistance from Kimberly Robinson, Jennifer Hijazi and Peter Jeffrey.